Ever since the 17th century, posing for an official photographs was important thing in lives of members of the royal family. A Senior museum curator at London’s National Portrait Gallery, Charlotte Bolland, said: „Photography provided a close look into royal family life, their domestic life. There was huge interest in the couple [Victoria and her husband, Prince Albert, who had nine children], and with photography, people could be brought into a faux intimacy with them. The royal family is very aware of the images and what they are communicating.“
At the time Queen Elizabeth II and Prince Philip got engaged, it wasn’t usual for a couple, especially the royal one, to show affection in the photo. They were the first couple to show off an engagement ring in the portrait, and later on it became a standard practice. Portraits are now slightly less formal. Members of the royal family commission photographers so that they can share some important things in their lives with the public. 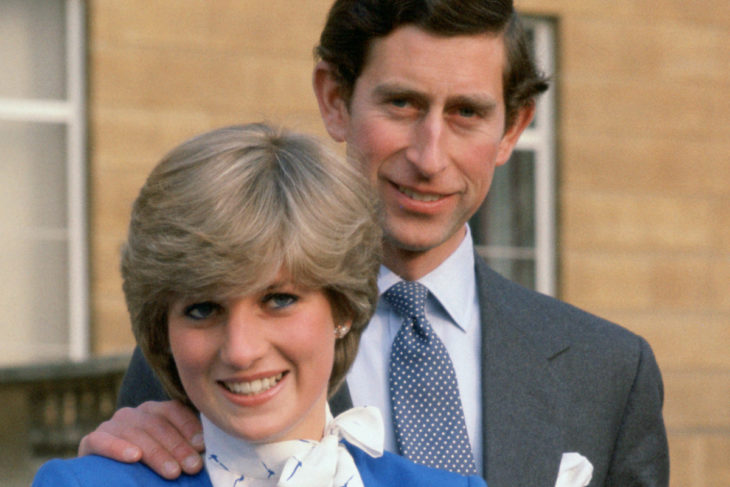 Prince Charles and Princess Diana were the ones who started this tradition. The couples who give an engagement interview usually talk about the proposal story, meeting with the Queen, future plans and so on. in 2010, Prince William and Kate Middleton were interviewed by Tom Bradby, while Prince Harry and Meghan Markle were interviewed by Mishal Husain in 2017.

Queen’s approval is needed before any proposal. The Royal Marriages Act 1772 says that the ruling monarch must give a formal consent. The law was slightly changed in 2013, and now the six people closest in line to the throne need to get written permission. Religion plays a big part here too. According to the Act of Settlement of 1701, no one in the direct line of succession can marry a Catholic, because the monarch also serves as Head of the Protestant Anglican Church of England. In 2015, this law was slightly changed, and the marriage between a member of the royal family and a Roman Catholic was allowed with royals keeping their right to the throne. 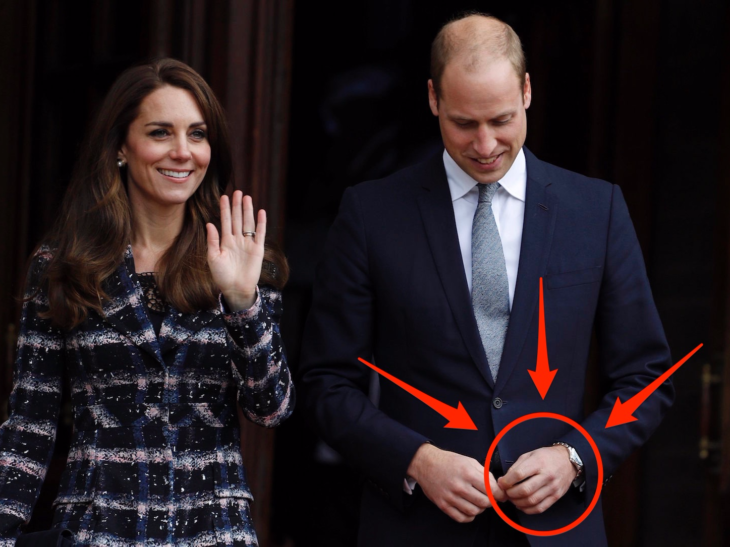 Male members of the royal family don’t have to wear their wedding ring. British and European royalty expert Marlene Koenig said: „There is no royal tradition for men wearing or not wearing a wedding ring.“ Prince Charles and Prince William don’t wear theirs, but Prince Harry does wear his.

In 1978, Princess Margaret wasn’t allowed to marry Group Captain Peter Townsend, because he was divorced and his ex wife was still alive. Before all this happened, Queen Elizabeth II’s uncle Edward VII, who was supposed to be the king, abdicated the throne because he wanted to marry two-time divorcee Wallis Simpson. Tradition about divorce has changed, and we have seen numerous members of royal family getting divorced and remarrying, including Princess Margaret, Prince Charles, and Meghan Markle. 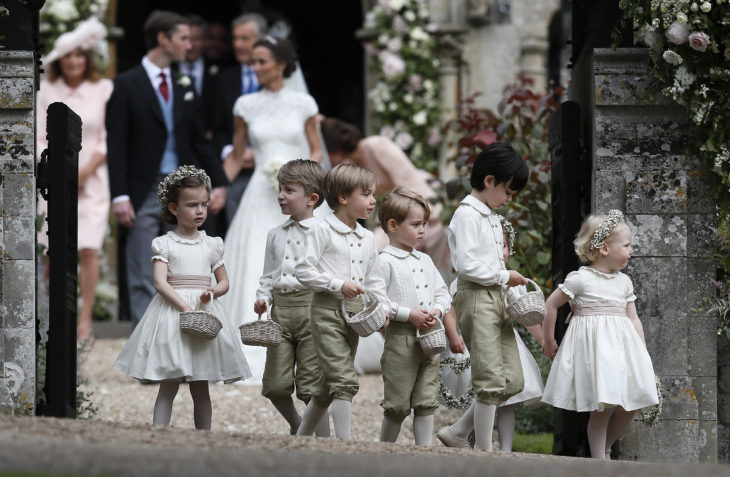 Royal expert Anne Chertoff said: „It’s a British tradition to have children in the wedding party as flower girls or ‘baby bridesmaids’ and pageboys. The children are made up of the couple’s nieces and nephews, godchildren, cousins, children of close friends or their own kids, and can be as young as 2 and as old as 17.“ Best man and maid of honor aren’t a thing in the royal family. Typically, they are called „supporters“. Both Prince William and Prince Harry opted for being best men to each other. Kate Middleton asked her sister Pippa Middleton to serve as her maid of honor, while Meghan Markle didn’t have one. 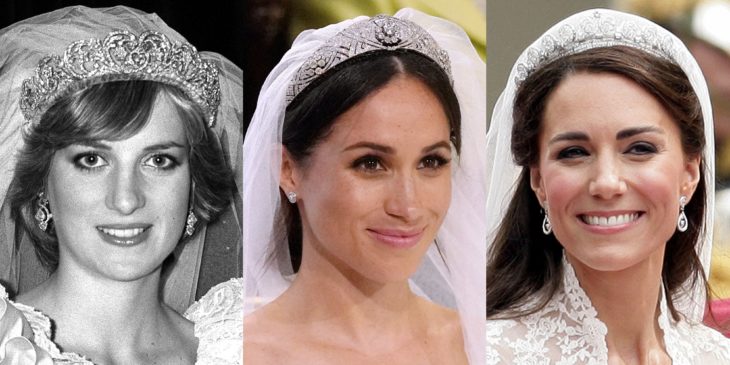 Royal tiara is reserved for only married women who are not an official members of the royal family. The author of Tiaras – A History of Splendour, Geoffrey Munn, explained this: „It signals the crowning of love and the loss of innocence to marriage. The family tiara was worn by the bride, and from that moment onwards it was the groom’s jewelry she was expected to wear. It was a subliminal message that she had moved from her own family to another.“
Both Middleton and Markle wore a tiara on their wedding day for the first time. Wearing tiaras have its time too, and they are generally reserved for 6 p.m. and after. Long time ago, ladies who were taken and not looking for a husband were wearing tiaras. 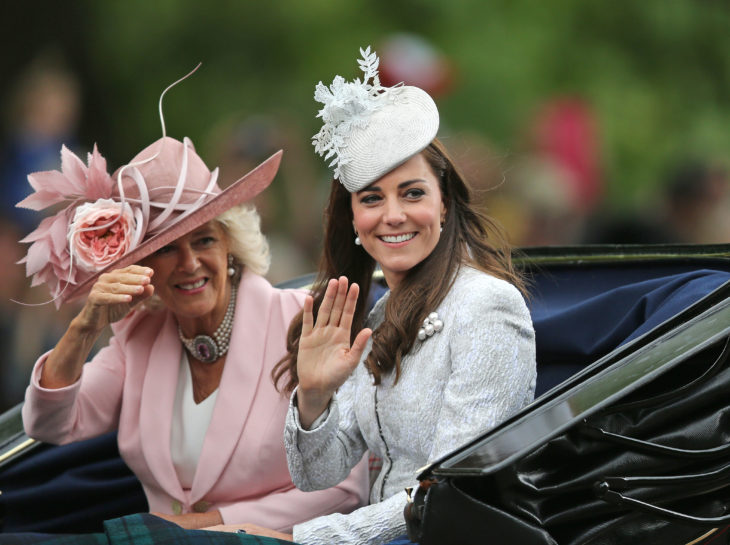 A senior tutor for The English Manner etiquette consultancy, Diana Mather, said: „It was not considered ‘the thing’ for ladies to show their hair in public. But all that has changed and hats are now reserved for more formal occasions.“ Hats are required at royal weddings.
During an official outing in 2018, Meghan Markle was spotted with a relaxed updo, which isn’t expected to be seen. This is how Christine Ross of Meghan’s Mirror explained that hairdo: „When Meghan’s hair is tied back, she is able to shake hands, give hugs, and meet people without her hair getting in the way.“

Christine Ross talked about pantyhose being a royal fashion rule, saying: „The perception is that pantyhose are more modest and feminine, but given how chilly London can be, it may be a practical choice more than anything! Although pantyhose are not required for every event, they are generally a rule for more formal or conservative royal events.“ Markle’s choice to not wear tights during the engagement photo call was seen as breaking the royal rule, and Ross commented on her choice to wear pants more often than other female members of the royal family, saying: „She may not be the first but Meghan certainly is wearing them in a much different context – she’s making a statement.“ 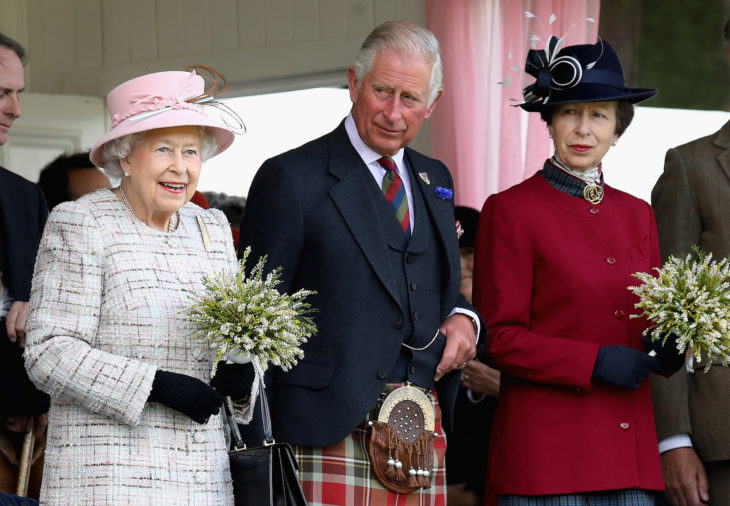 It is a tradition for female members of the royal family to carry a purse or clutch in their left hand, which allows them to wave with their right hand and also to have a justifiable reason not to shake hands. Wearing gloves is also something royal females practice. Creative Director of Cornelia James, the Queen’s preferred glove manufacturer, Genevieve James said: „They’re number one: style. Number two: practical. They’re necessary because if you’re the Queen, you’re shaking a lot of hands, so they protect her hands as well.“
On the other hand, Princess Diana didn’t like wearing gloves. Eleri Lynn, who curated Kensington Palace’s exhibition, Diana: Her Fashion Story, explained: „[Princess Diana] abandoned the royal protocol of wearing gloves because she liked to hold hands when visiting people or shake hands and have direct contact.“

No Selfies Or PDA

Having selfie or autograph is kind of against royal protocol, plus members of the royal family don’t like it. During a visit to the Australian War Memorial in 2015, Prince Harry told one teenage admirer: „No, I hate selfies. Seriously, you need to get out of it. I know you’re young, but selfies are bad.“
Kissing or touching is also something royals avoid in public, and it is an old unofficial rule. Yet, Prince Harry and Meghan Markle were holding hands and embracing on several occasions.

It has become an unofficial rule that female members of the royal family wear nude color when it comes to their nail polish. Queen Elizabeth has worn Essie’s nude Ballet Slippers for 28 years. Even though it isn’t against the official rules, Markle’s dark nail polish during the 2018 British Fashion Awards in London cause a mini-scandal. Royal correspondent Omid Scobie explained: „There’s no actual protocol about dark nail polish. It’s simply about being appropriate—we’d never see this at a royal engagement. [The British Fashion Awards ceremony] is a celebration of fashion and there’s a lot more flexibility on what one can wear.“

Home For The Holidays

Royal protocol says that the Christmas festivities are reserved for official family members and spouses only. Meghan Markle was the first fiance to ever spend Christmas with the royal family. Harry’s friend told the Sunday Times: „Now they are engaged it was unthinkable that they would be apart for Christmas. The royal family have fully welcomed Meghan into the fold.“ Prince Harry talked about it on BBC Radio 4’s Today. He said: „It was fantastic. She really enjoyed it. The family loved having her there. [With] the family part of Christmas, there’s always that work element as well and I think together, we had an amazing time, we had great fun staying with my brother and sister-in-law and running around with the kids.“

Members of the royal family rarely wear black to high-profile events. They also carry all-black mourning outfits when ever they travel somewhere. This tradition was started by Princess Elizabeth. In 1952 when he father died, she was on a trip to Kenya. She didn’t have black clothes with her, and she wasn’t allowed to step out of the plane when she arrived back in England until an appropriate clothes was delivered to her. Here is one more travel protocol: two royal members who are in the line of succession can’t fly together. 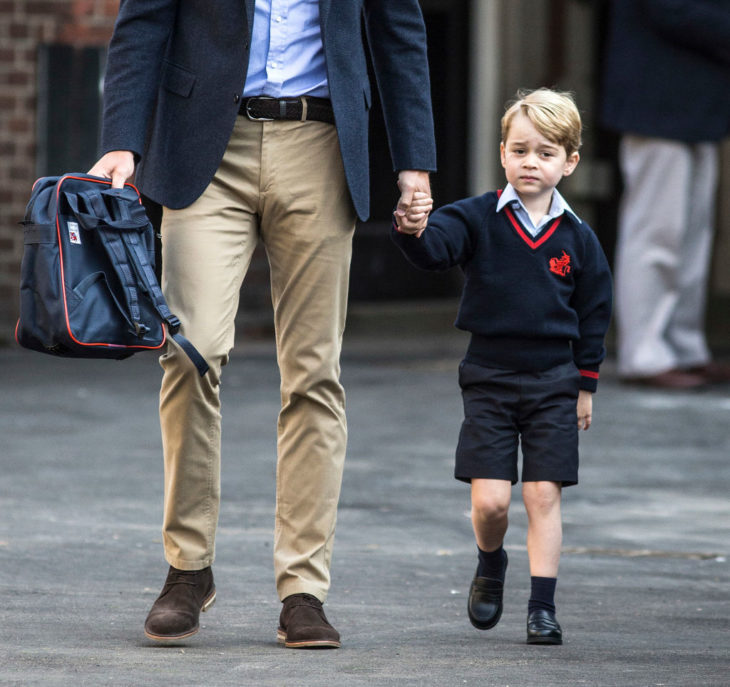 There is a dress code for royal boys under the age of eight which requires them to wear shorts. British etuquette expert William Hanson told Harper’s Bazaar UK: „Trousers are for older boys and men, whereas shorts on young boys is one of those silent class markers that we have in England.“
Another etiquette expert Grant Harrold said: „This tradition is carried on by the royal family to this very day.“

Because of its higher risk of food-borne illnesses, members of the royal family are expected to avoid shellfish. They tend to avoid things that could impact their schedules and duties, including any potential food poisoning.
Royals don’t use one common ingredient which is garlic. This comes as a surprise, but a former palace chef, John Higgins, explained it saying: „At Buckingham Palace you don’t cook with garlic. I suppose in case you get the royal burp.“ 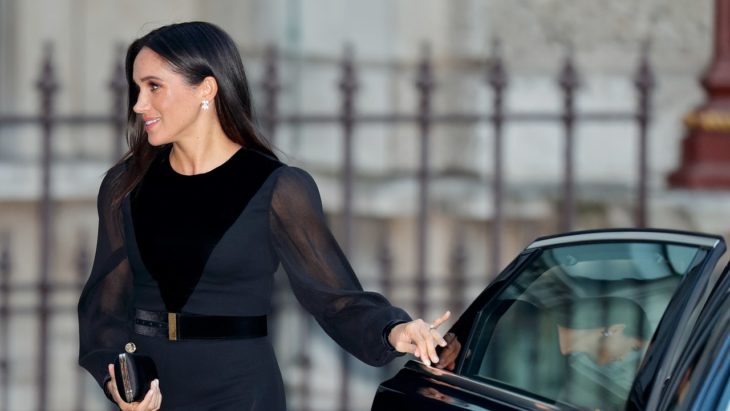 Etiquette expert William Hansen said: „Usually, if you are a member of the royal family or a dignitary, you have a member of staff to open and close a car door for you.“ So, it was a shock for royal watchers to see Meghan Markle shut her own car door in September 2018, during her first solo appearance as a member of the royal family. Car doors are usually opened for royals due to security reasons, but having them open by royals themselves doesn’t count as breaking any rules.

Prince Charles is closer to…? William or Harry?