Why Frozen 2 Will Not Live Up To The Hype?

It is a late Saturday afternoon and my girlfriend and I are scrolling through movie lists, trying to decide which film to watch. Although our tastes differ – she is into animation films and comedies, while I am into thriller and sci-fi movies – we always compromised. And so we decided to watch an animation film.

She has been telling me for days that she wanted to watch Frozen and I was skeptical. I thought the movie is childish and simply had no desire to watch it. And so we watched it.

Now, I will have to be honest with you. I loved Frozen. Even though I am not the fan of the genre, which I have pointed out a million times already, I did enjoyed the film. It had everything you would expect from the animation movie and it wasn’t childish at all. Sure, it is made for children, but anyone from age 7 to 77 could relax with this film. After that, I was humming the soundtrack for days and now I was the one annoying her. 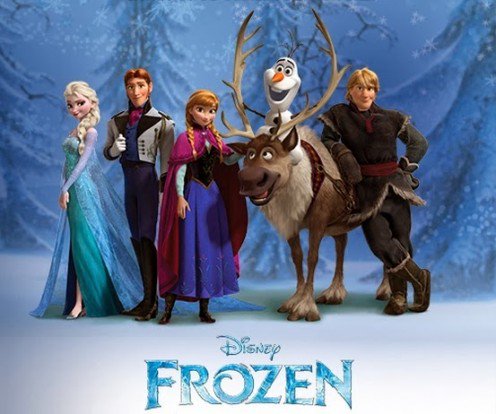 Then rumors started circulating around that Frozen 2 would hit the screen and frankly speaking, I was slightly disappointed. Why, you might wonder. Well, usually when a movie is extremely successful worldwide, the installment ruins it. The bar is set to high and it simply cannot be reached again. That is not the case with all films and there are perfect examples where part two was better than part one. For instance, How to Train Your Dragon 2 was much better than the first part. Toy Story 3 was also considered the best in the series. You get the point.

To see why Frozen 2 will be a disappointment, we need to check out what made Frozen one of the best animation films of all time.

I will try to be as concise as possible so that we can move on Frozen 2. In case you are reading this, you have probably watched Frozen more than once by this point and that is why you shouldn’t fear any spoilers. If you plan to watch it, perhaps you should skip this part. Here we go.

It all started with the trailer. However, having seen the trailer after the film, we can conclude that the trailer doesn’t do the movie justice. Why has that worked for the best? Well, Disney tried to attract as many people as possible without revealing too much. And they succeeded. It is way better to have a mediocre trailer and an excellent movie than vice versa.

The characters in the movie turned out perfectly. They were beautiful inside out and we don’t know where to start. Anna and Elsa are so unique, but they are just gorgeous. Hans and Kristoff may not look a like at first, but they are more similar to each other than it seems. Let’s not forget about Sven who is Kristoff’s faithful friend and Olaf, the friendliest and the funniest snowman every built.

Everything about the characters contributed to the value of the film. The way they talk and behave and their witty remarks. Disney managed to create a cozy and friendly atmosphere with the dialogs which many people related to. 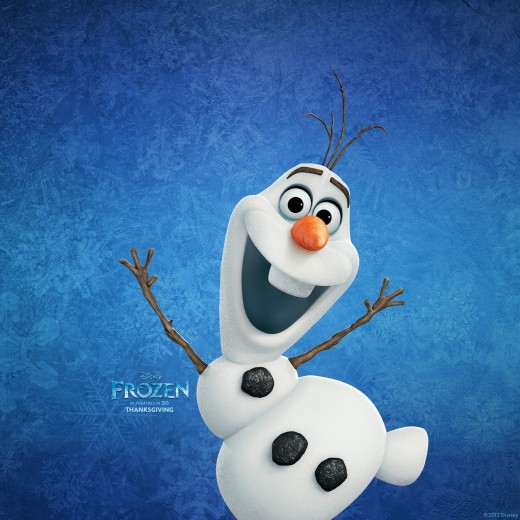 If there is something I don’t love about movies such as this one, it is the constant singing. And for the first time in my life, I didn’t mind. Let it Go by Demi Lovato is just one track in the sea of outstanding tracks in this film. To a majority of people, the songs were the ones which really made the movie stand out. It would be inconsiderate to fight whether one song is better than the other one – I bet that each person has its favorite.

Another major aspect which contributed to the popularity of the film was the plot. People got attached to the story and not only to the characters or the soundtrack. Evil is threatening to freeze the city to death and our heroes are on one crazy adventure trying to save the day.

Alright, so here are the most important elements that made Frozen stand out. Of course, there are some other things as well, but we will not get into too many details. Instead, let’s check out everything we know about Froze 2 at this point.

Let’s get the facts out in the open first and deal with the rumors later on. Frozen was premiered in 2013 and Frozen 2 is scheduled for November 27, 2019. That means we still have more than a year until the sequel debuts. And the characters that appeared in the first movie will return for the next one as well, but we expect to see some new faces among the cast. 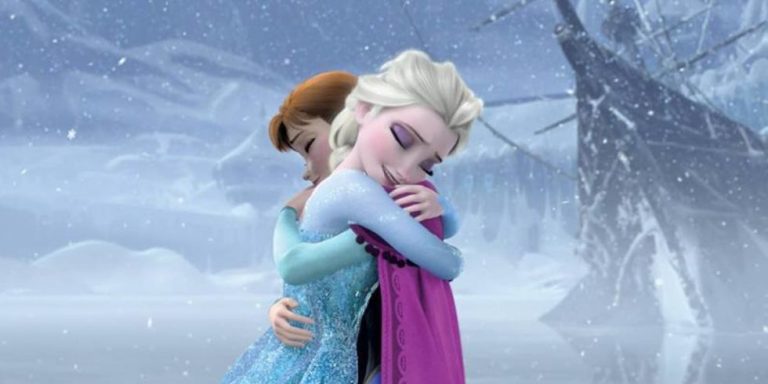 At this moment we know that the characters will not be the same. Co-director Chris Buck has said that the new film will evolve and Anna Kristoff and Olaf will lead different lives, but Anna is the one facing big changes.

“[In Frozen] she had such a dramatic journey, and at the end she’s just starting to feel like she can open up and have some fun again,” he told Fandango. “That’s what was really good about the short [2015’s Frozen Fever] – we could have fun with Elsa. And that personality… you will see in the next one.”

Although they are not ready to disclose it yet, Kristen Bell said in March:

“The story is great… It took them a while because they wanted to figure out what story they needed to tell and what would be important and engaging and I think they found it.”

And rumors are circulating around! There is a chance that we might see Olaf and his love story. Some go that far to say that Anna and Elsa aren’t biological sisters and this will affect their relationship – but this is a distinct possibility. Some fans even asked for Elsa to get a girlfriend in the second film and Jennifer Lee responded for the LGBT plotline:

“We have tons of conversations about it, and we’re really conscientious about these things. Elsa’s every day telling me where she needs to go, and she’ll continue to tell us. I always write from character-out, and where Elsa is and what Elsa’s doing in her life, she’s telling me every day. We’ll see where we go.”

Why this won’t work?

The producers and the directors will have to take things too far away if they even want to hope to make an excellent sequel. They will not able to do so because they will have to take drastic measures and one huge part of the audience will not like that. Even if the rumors about the plot aren’t true, there is still a can of worms here.

You noticed that the characters will be different. That is for sure. And while it is fine for the characters to evolve, there is always a fear that they will take it too far. People have been watching this movie over and over again and they love their heroes the way they are. I don’t believe that someone other than the LGBT population would love to see Elsa with a girlfriend, for example. It just doesn’t work.

On the other hand, if they don’t chance too much, there is a chance that we will get a storyline which is boring. It will be hard for everyone involved to find the right formula and mixture of new and what’s already been used. 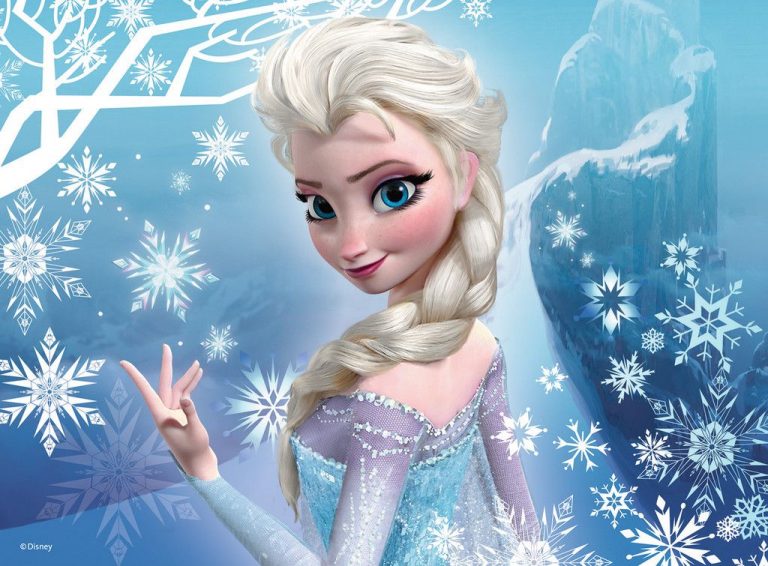 Luckily, all cast members will return for the second film. And why wouldn’t they. The chemistry among the actors was amazing and that was clearly seen in Frozen and they will be even better in the second film. Besides Kristen Bell, Idina Menze, Jonathan Groff and Josh Gad are all joining in. We are still waiting to see whether Santino Fontana will bring back wicked Prince Hans.

Although he was a minor character, Alan Tudyk’s Duke of Weselton will also return to the screen. Tudyk is a fantastic voice actor and we are glad to see him back on board. And he is thrilled about it, confirming his comeback to SlashFilm:

“I say that confidently just because I’ve been in the ones before and [Disney is] committed to continuing that tradition, which considering how many movies they put out […] I’m gonna run out of voices at some point! But I haven’t run out yet, so let’s do it.”

Getting to know the parents

It appears that we will get to know the parents of Elsa and Anna as well. And there are two ways in which the story could go. One and more logical is to know them through flashbacks and stories. However, some rumors claim that their parents aren’t actually dead. They have not passed away in a shipwreck and they could return home in the sequel.

Why is this bad?

Look, we are not trying to look this from a negative side. I do fancy the idea of getting the glimpses of the lives of Elsa and Anna’s parents. Those glimpses could actually be good and provide useful insight about what happened to the sisters and how the rift started. However, if they turn out to be alive, that would be a completely different story. That way, the focus shifts from the sisters to the parents and the story takes a-180-degrees turn. Let’s not forget that this should be a story about the sisters and by creating a subplot with Olaf and his possible love, the parents and Elsa’s girlfriend, we are getting something very different. 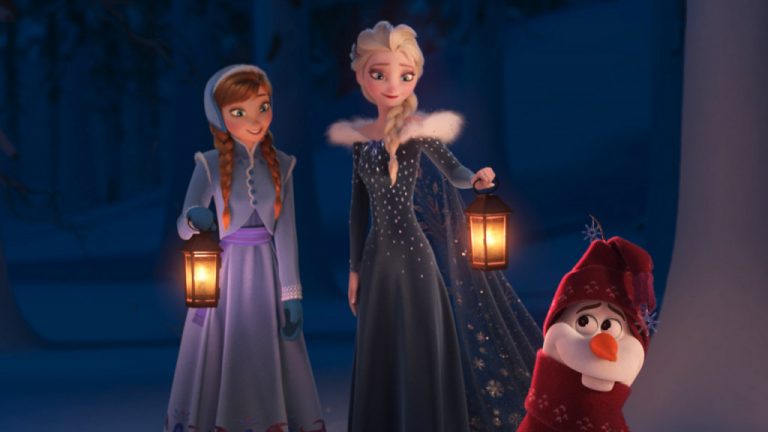 Of course not all the rumors you can read about here will come true. But some certainly are. And in case most drastic ones are to be included, we will not get Frozen 2 we want! It will be something similar to the Spanish TV series that go on and on with constant plot turns and drastic epiphanies.

Let’s not forget that Frozen should be about love and friendship. And should definitely be a story children would understand. Yes, we have pointed out that the changes need to be drastic for this sequel to work and get better ratings than Frozen. However, some things are better left the same. Getting confused? It all boils down to what things the producers and the directors decide to change.

So far, the new movie is known as Frozen 2, but that doesn’t mean that it will go under that name in the theaters. Some rumors suggest that Frozen: Strange Magic will be used instead with some new powers added to the mix. This is something we would love to see. It is a magical world and instead of messing with the heroes too much, this is the aspect of the movie that needs to be modified and toyed with.

There is still a year to go until new Frozen 2 hits the theaters. I know that I will watch it (with my girlfriend, of course). However, my expectations aren’t high. The first movie hit the right notes from beginning to the end and based on what we know so far and what the rumors are, I don’t believe that the new film will live up to the hype.

Frozen should have been the end of Frozen. It was a fantastic movie generations would watch. However, we are living is a world where money rules. And Frozen 2 is being made because it can bring high profits, which was confirmed with Frozen. With Frozen Disney had the desire to gross as much as possible, but they also wanted to enrich the world of animation films and bring something fresh to the table. It all changes with the sequel and they will do everything to make a spectacle, but they will fail miserably. 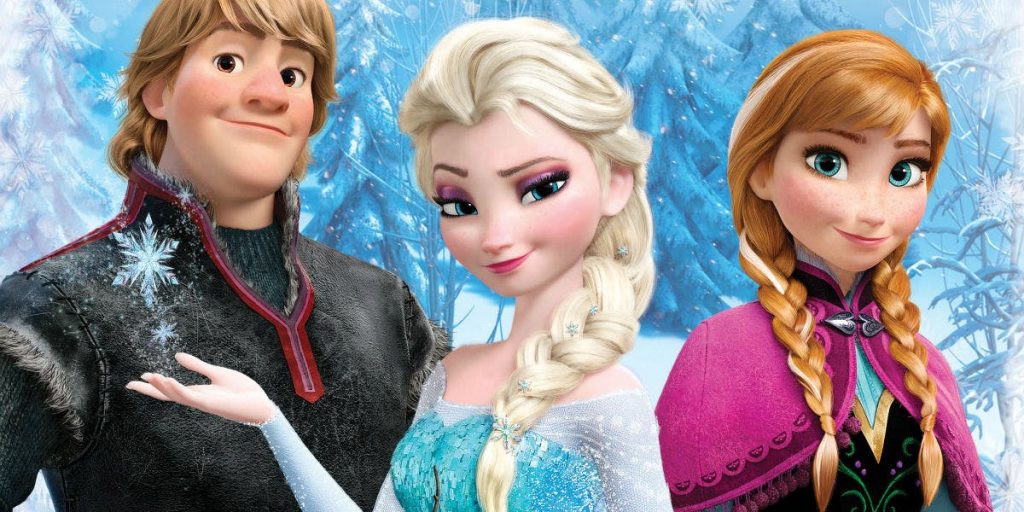