Why Are Women Looking for Fashion Items in Military Surplus Stores?

Women have always been a part of military history and have played important roles in various armed forces around the world. In more recent times, they have become more visible in military operations and have increasingly taken on combat roles. Ever since the United States Department of Defense announced that it would open all combat jobs to women, many other countries have also begun to allow women to serve in such positions. This shift has been the result of a combination of social, cultural, and technological changes. Aimed to achieve increased inclusion and driven by a recognition of the need for greater diversity in the military.

Along with these changes, there has also been a rise in the popularity of military-style clothing for women. Of course, this style was present in women’s fashion for a long time. Fashion generally likes to borrow, so it often took specific details and features from what male soldiers were wearing. Take women’s look dominant in the 1940s, which was highly influenced by the practical and utilitarian clothing necessary during World War II. Just like army uniforms, these pieces were often made of simple materials like wool, cotton, or linen, with silhouettes defined by broad shoulders emphasized with padded shoulders and occasionally epaulets. 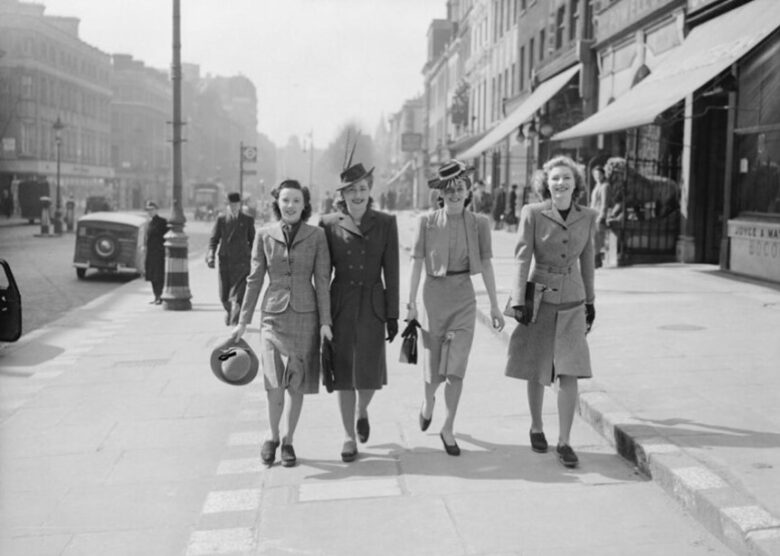 Nowadays, many fashion designers incorporate military elements into their work. The likes of Ralph Lauren, Alexander McQueen, and Stella McCartney often showcase military-inspired coats, pants, and boots in their collections. And hence many fashion brands offer apparel and accessories clearly inspired by army aesthetics. This trend can be seen in a variety of clothing items, including jackets, pants, footwear, and more. And not only the major retailers are cashing in on it. Military surplus stores, too, have experienced a renaissance of interest and are raided by female fashionistas.

There are several reasons why military-style clothing has become so popular among women. One explanation why women might look for army-inspired clothes on the high street or in military surplus stores is their practicality and durability. Military clothing is designed to withstand harsh conditions and situations and is typically made from high-quality materials that are meant to last. Classic army parkas or M65 field jackets are the epitomes of everyday robustness. This makes it a good choice for women who are looking for garments that can stand up to tough wear and tear, whether they are participating in outdoor activities such as hiking or camping or just need clothes that can hold up to their everyday lives.

Military clothing is designed to be functional and practical, with features such as fasteners and closures that are easy to use, even with gloves on, or multiple pockets. Take, for example, cargo pants, whose popularity among women has shot through the roof recently. Generally comfortable to wear, with features such as an elastic waistband and adjustable drawstring for a secure and comfortable fit, combat trousers have iconic large cargo pockets on the sides of the legs. Apart from adding an edge to the overall look, these pockets provide extra storage space for carrying various items. 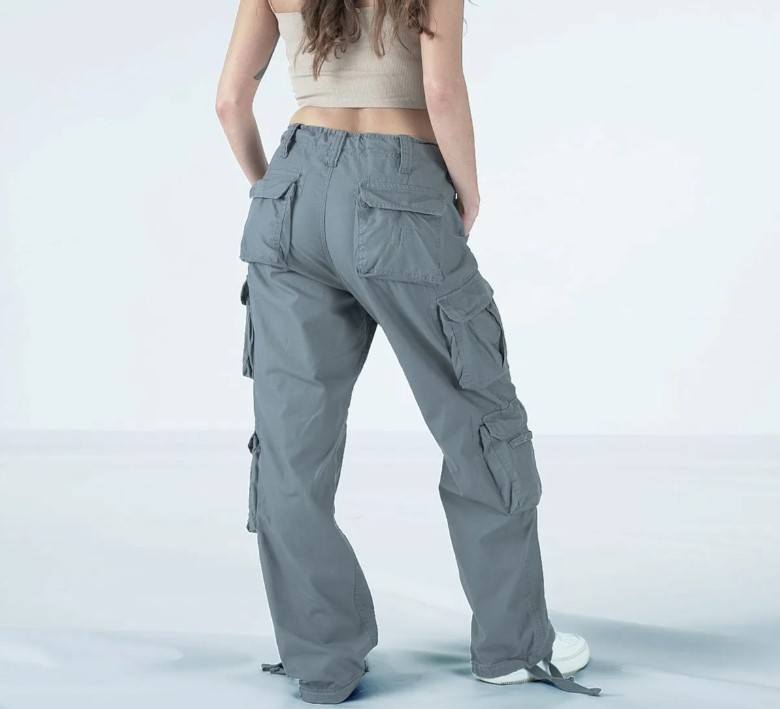 Accessories such as large, cylindrical duffle bags are also sought after for the same reason. Typically made of sturdy materials like canvas, they look better the older they get, which adds character to any outfit. But they are also incredibly versatile and can be used to carry a wide range of items, from clothing and equipment to sports gear and other personal belongings. Moreover, a simple, usually top-loading design of a duffle bag makes it easy to pack and unpack while relatively lightweight and easy to carry and transport.

Further, women might look for military clothes for their affordability. Brands like Gucci, Prada, and Dolce & Gabbana have all released high-end collections made from luxurious materials and featuring intricate details and embellishments. Each with a price tag to match. However, while army-inspired designer pieces may be eye-wateringly expensive, the military surplus store often sells clothing and other items at lower prices than traditional retail stores, which can be attractive to those looking for a good deal. This can be particularly appealing to women who are looking for high-quality clothing that won’t break the bank.

Another reason for the rise in popularity of military-inspired fashion for women is that it can be easily incorporated into a variety of different styles and outfits. Military-style clothing and items bought directly in surplus stores can be dressed up or down, depending on the occasion, and can be paired with other “civilian” pieces to create a wide range of looks. For example, a simple pairing of a military-inspired jacket, such as a field jacket or bomber jacket, with a feminine, civilian dress can create a unique look that combines toughness and femininity. While matching military-style boots with a pair of civilian jeans gives a totally different vibe. This versatility makes it a popular choice for women who want to have a range of options in their wardrobe. 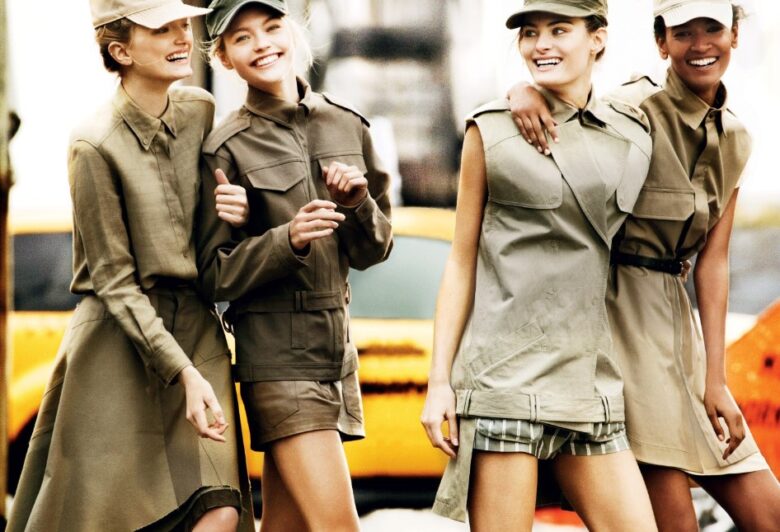 Also, there is likely some relationship between the world of celebrities and the popularity of military fashion among women. Celebrities often have a lot of influence on their fans and the general public and, ultimately, on fashion trends. Music stars such as Rihanna, Beyoncé, and Lady Gaga have incorporated military-inspired elements such as camouflage print bodysuits and military-style boots into their stage outfits. They are also wearing a variety of military-inspired pieces, like cargo pants, camouflage print dresses, and army jackets offstage. The same applies to actresses Selena Gomez, Margot Robbie, or Charlize Theron, who were spotted wearing designer outfits with deep military backgrounds on the red carpet and in casual situations.

In addition to practicality and affordability, some women may be drawn to military surplus stores for the historical or nostalgic value of the items they sell. Military surplus stores often sell clothing and other items that have been used by military personnel, which can give them a sense of connection to the past. This can be particularly appealing to women who have a personal connection to the military, such as those who have family members who have served or who have served themselves.

Flaunt Your Look as You Turn 50 With 5 Styling Tips

10 Essential Footwear Every Women Should Have

Everything You Need To Know About Las Vegas...