13 Celebs Who Are Truly Obsessed With Their Pets

Who would have thought Dirty Harry would have such a soft spot for a wild animal as inconsequential as the squirrel? According to a truly heartwarming story of potentially dubious origins, Clint Eastwood’s best friend is a squirrel named Lola who lives near his office on the Paramount lot. A source says:

“Clint leaves the front door open whenever he’s inside working so Lola can come and go. He gets a kick out of watching her and always keeps a bag of shelled peanuts on the bottom shelf of a bookcase in case she gets hungry. Clint would be so upset if Lola disappeared. He enjoys her company.”

How beautiful! Normally, to quote Carrie Bradshaw (ugh, I’m sorry), I consider squirrels to be rats with cuter outfits, but Clint’s ringing endorsement of the fluffy-tailed creature may have changed my mind.

In honor of Clint and Lola’s love, here are 12 other celebs who are equally as obsessively attached to their pets. 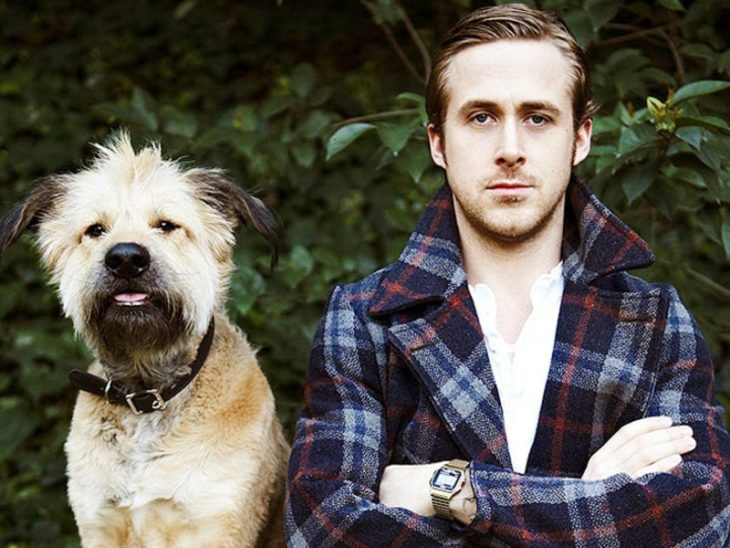 No pet-obsessed celebrity slideshow would be complete without Ryan Gosling, who carts his big ol’ adorable mutt, George, with him as he travels from NYC to LA. Ryan even once brought George for an appearance on “Late Night with Jimmy Fallon,” saying the canine was far more interesting. You know who else is obsessed with George? My dog Lucca. She’s usually a bit of a snob when it comes to other four-legged creatures, but she finds George to be quite handsome. 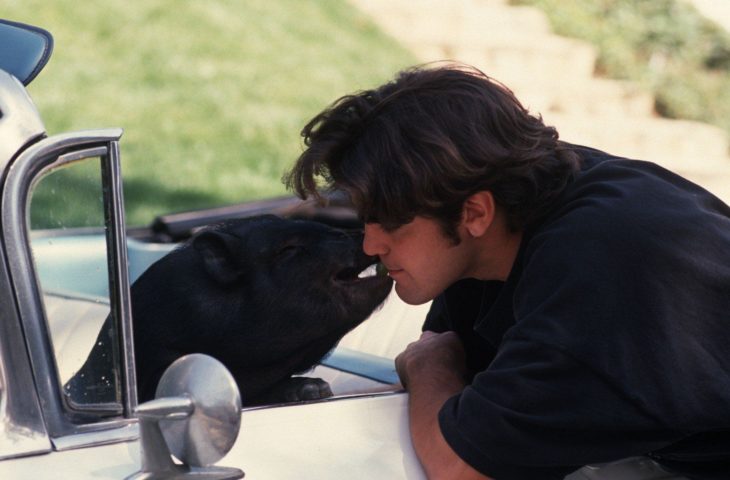 George Clooney may be a permanent bachelor, but there is one creature who has his heart forever – his potbellied pig Max. Sadly, Max – who was George’s constant companion and snack buddy for 18 years – passed away in 2006. The two often shared the same bed and after Max passed, George said he wouldn’t get another pig, as Max satisfied all his “pig needs.” Tear. 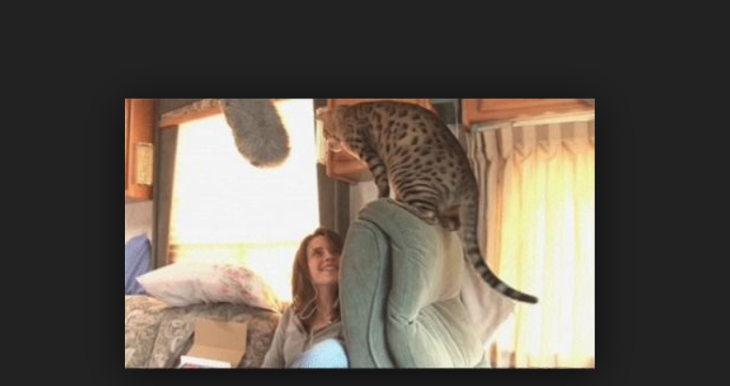 Kristen Stewart might seem moody, but she’s got a major soft spot for her kitty, Jella-Man. She told People, “I’m obsessed with my cat. We have a really strong, really weird codependent, almost Bella/Edward relationship. I’m going to be a crazy cat lady one day, I’m sure.” Which is maybe the best thing she’s ever said. I can totally relate—my cat Weetzie Bat is totally my one true love. Turns out, there are a lot of celebrities who’re obsessed with their pets. Read on to find the craziest of the crazies. 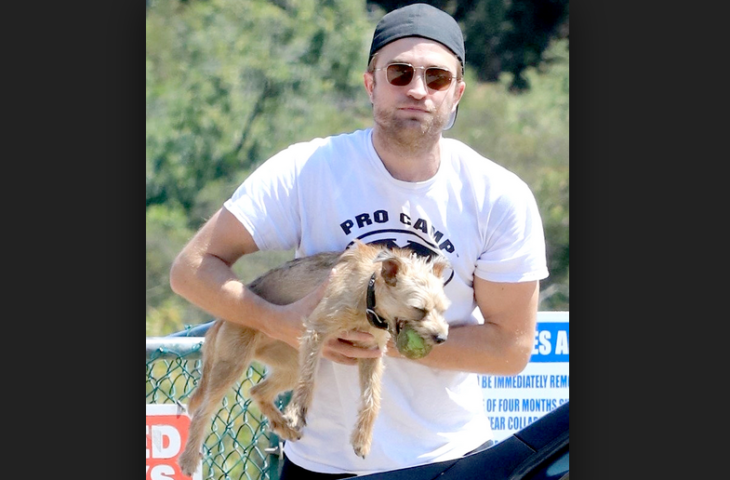 Good thing Kristen Stewart’s got her cat, because Robert Pattinson is also pet-obsessed. He told Details, “The only emotional connection of relevance is with my dog. My relationship with my dog, it’s ridiculous.” I think I would maybe be a bit insulted if my boyfriend didn’t think we had a relevant emotional connection, but maybe it’s just part of their shtick? 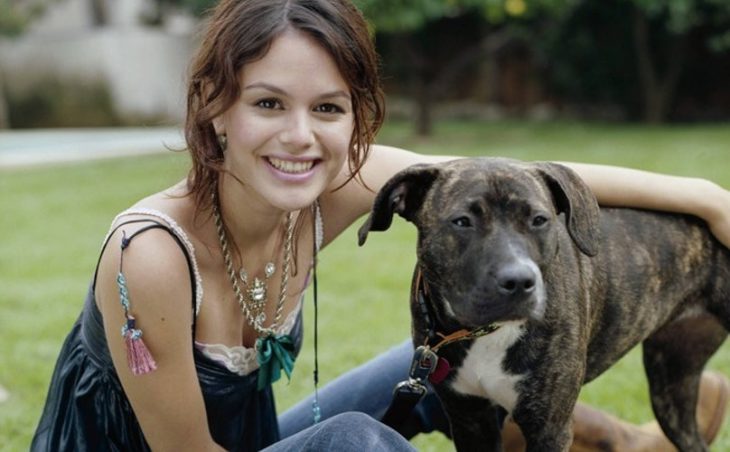 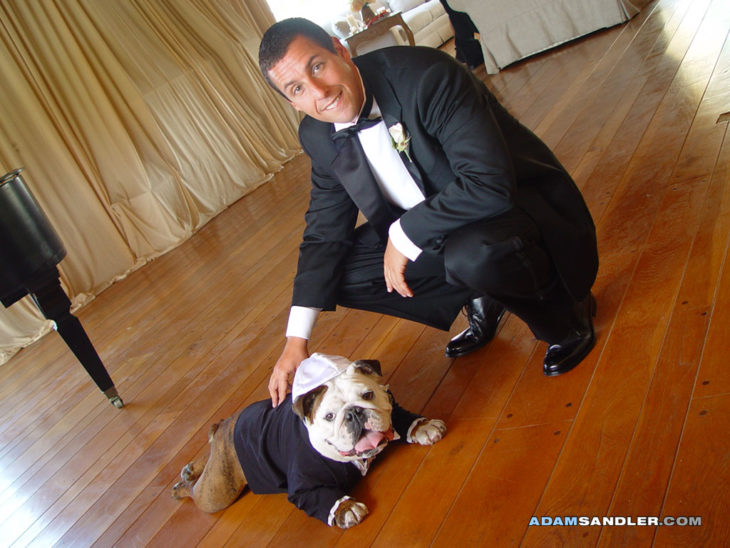 Adam Sandler was majorly in love with his bulldog Meatball, and when he died, Sandler held a memorial service with more than 100 guests and a cake with Meatball’s face on it. The bulldog was Sandler’s ring-bearer at his wedding and wore a little tuxedo and white yarmulke during the ceremony. He also had his own picture and video section on Sandler’s website. Sandler still has another English bulldog, Matzoball, though. 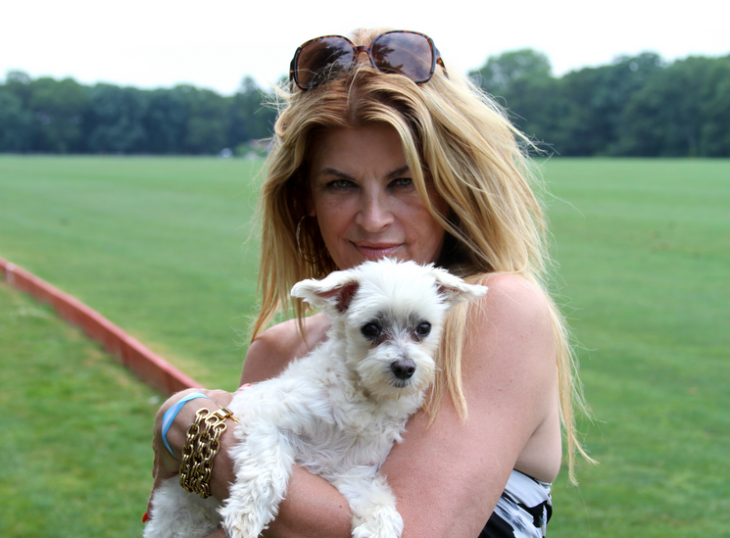 Kirstie Alley admitted to spending about $40,000 a year on her pets. Alley has two full-time zookeepers on staff to care for them and even included the little primates in her will. She has said of her lemur brood, “I have three new sets of baby lemur twins. I think it’s a little bit rare, but we have three females and each one had a set of twins. I don’t recommend them as pets for people because they’re very expensive… I’ve had them for about 30 years. It’s a life commitment.” Jeez, I can’t imagine spending that much money on anything … probably because I don’t have that much money, but still! 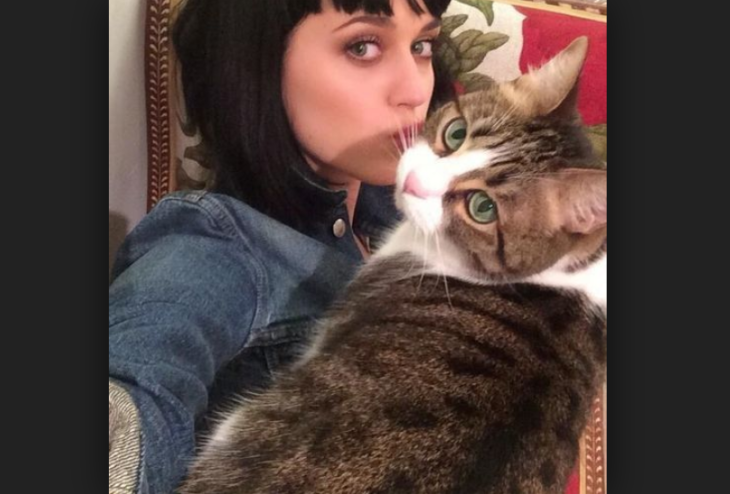 Katy Perry likes to blog about her cat, Kitty Purry. A lot. When the kitty was nominated for a Teen Choice Award for Best Celebrity Pet, she video blogged, “Some of you know that I’m obsessed with my cat, Mrs. Kitty Purry. She got nominated for something, like a big, true serious award and she could possibly go home with a surfboard. And if she gets that surfboard, I’m gonna teach her how to surf.” Regardless of my feelings for Katy Perry, I would totally watch her try to teach her cat to surf. 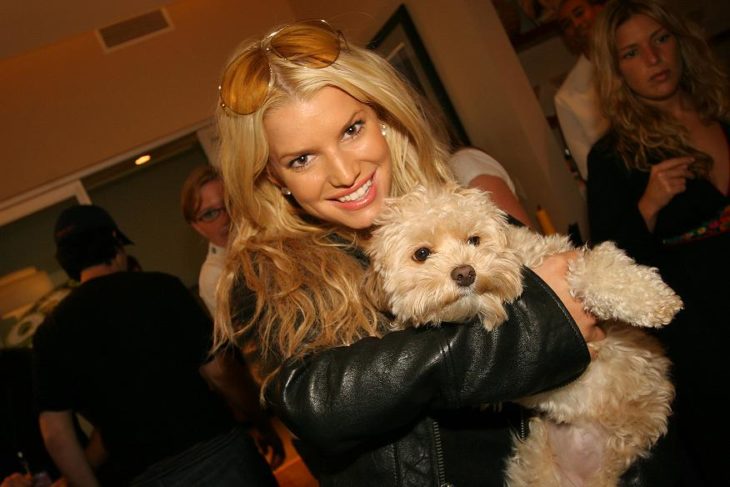 Jessica Simpson was a total wreck when her dog Daisy was kidnapped by coyotes and apparently it’s because Daisy was her best friend. A source told People, “When people let her down, she always had Daisy. She threw Daisy birthday parties, and when she talked about having a ‘girls’ night in’ with a video, she was talking about herself and Daisy. Jessica is very needy. She is very clingy. She is so sweet, but sometimes because of that she’s hard to be around. It’s not always easy. She hates to be alone … Jessica smothers people.” I hope that Jessica gets another dog who likes steak and movie nights. Hell, I like steak and movie nights! 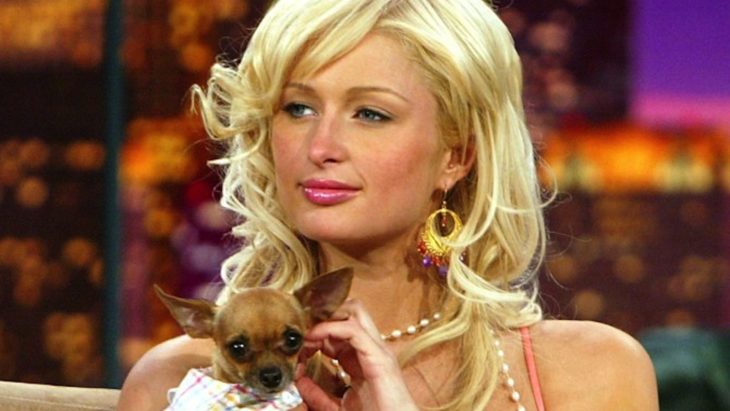 Paris Hilton has had her hands filled with pets for years, amassing an estimated 17 dogs, a teacup pig, a ferret, and more recently a parrot. She tweeted recently, “Just got home from a long day of meetings. First thing I heard when I walked in was my Parrot Hank Bark, Oink, Whistle then say ‘Hello Hank!’ [sic].” I guess Hank might be a bit confused about his identity? 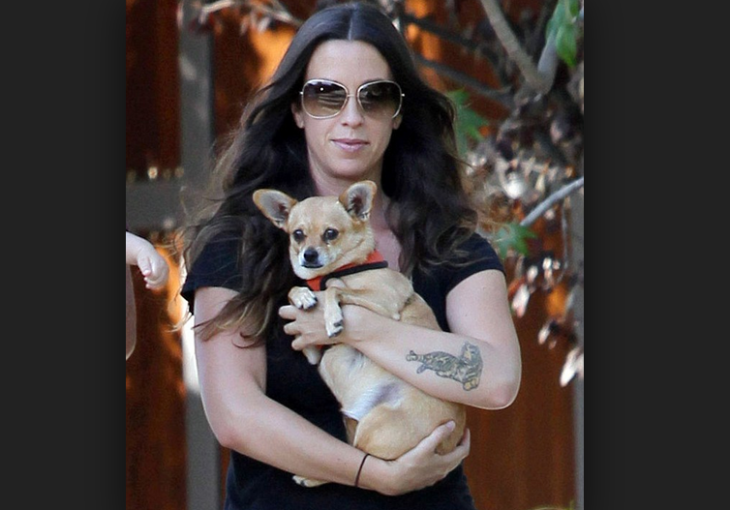 Alanis Morissette also has a large crew of pets and once said, “I want a house full of parrots and animals. I have a turtle and two puppies and I just want many, many animals. To be that girl. That crazy lady.” It sounds like she’s got a long way to go before she’ll catch up with Miss Hilton! 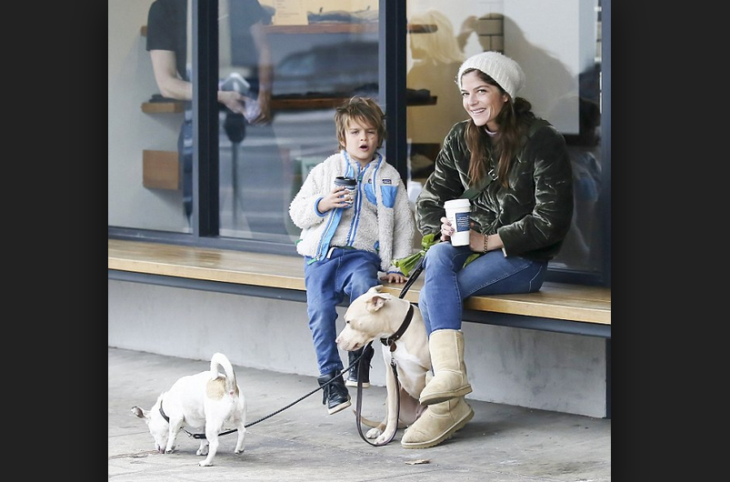 Selma Blair is besties with her one-eyed Jack Russell rescue dog named Wink. She said of her canine love, “I adopted her from the Lange Foundation [a non-profit dog shelter in L.A.] that has the most amazing misfit dogs in the world. They’re completely the cutest and sweetest dogs, and so, I have Wink and she’s playful and wonderful and she saved me from myself many times.” I’ve always had a soft spot for three-legged dogs, personally, but Wink is pretty darn cute.

While You Were Out, Your Cats Were Throwing A Banger

Evening Quickies: Drew Barrymore Is Engaged To Will Kopelman