Reader Mail: How Do I Attract A Good Man?

After posting my most recent “Dating Amelia,” I got a very kind email from a reader asking for advice. I got her permission to answer the question on the site.

“I just recently discovered this website and I found a great deal of affinity for your situation, as I am going through the exact same thing myself.  I’ve read your ‘Dating Amelia’ posts and they are inspirational.  I do have a question for you though.  You seem to have no problem finding men who were interested in you.  How did you do this?  I never get approached by men and always turn out to be the girl they want to be friends with instead of date. I’m 26, in grad school, a book nerd and average-looking. How can someone like me attract a good man? I admit that I am terrified that I will never be enough for a man (this is the reason my ex said he was leaving, that I wasn’t enough).  I’ve been told that I might just have to wait until the men in my age group lower their standards, but I don’t want to be the girl someone just settles for.  You seem to be coping with this situation so well and moving on in healthy way.  Any advice you can offer would be much appreciated.” 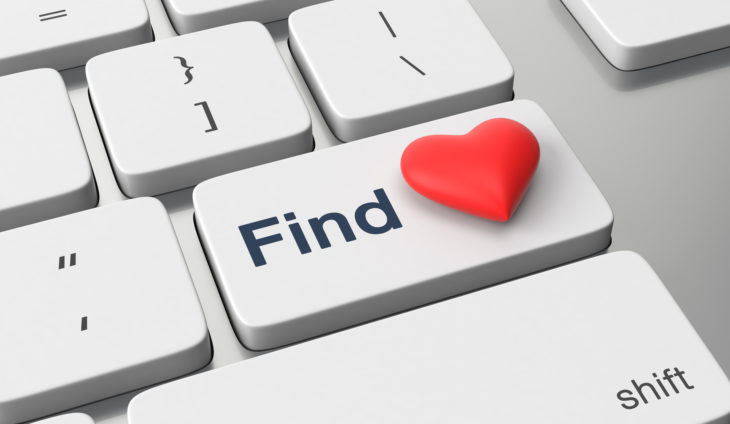 For starters, please email me the home address for your ex-boyfriend, as I—and probably everyone else reading this right now—would love to send him a flaming bag of poo. Making you feel, let alone telling you, that you’re “not enough” is just about the most cruel and self-absorbed thing one person can say to another. And as for waiting for a man to lower his standards? Hell no. Relationships are about being on equal ground, and while we should all have standards about how we want to be treated by a partner, we should never consider who we are to be quantified on any sort of scale.

That said, I have felt this way too. When my fiance left me out of the blue, all I could wonder initially was, “Why wasn’t I enough for him? Why wasn’t I enough for him to want to get his s**t together? Why wasn’t I worth fighting for?” Even now that I am no longer in love with my ex, this feeling haunts me in other relationships. Part of what is so irritating about the Chicken Parm situation is that his unwillingness to plan anything or woo me in the slightest, makes me feel like I’m just not worth the effort.

Then I snap out of it and I realize that these thoughts are ridiculous. You can never be enough for someone if they are not enough for THEMSELVES. You cannot fill a void that exists in another person—they have to be whole inside for you to even have a chance with them. Then, of course, it comes down to compatibility and attraction etc, but the idea that you have to be ENOUGH for someone is ridiculous. It’s not easy building up your self-esteem, but I urge you to really remind yourself of everything that is wonderful about who you are, what you have to offer another person and the world, every time you start to feel low. It won’t happen overnight, but once you completely value yourself, the kind of people who will value YOU will appear.

As for my dating life, I’ve hardly got men beating down my door, I can assure you. To be honest, in both recent situations—Chicken Parm and The Doodler—I’ve been the aggressor. I’m somewhat comfortable in that role, except for when it “backfires” and I’m left feeling rejected. I met Chicken Parm online dating, and as I’ve written, I’ve done 80% of the work keeping up our dating relationship. The Doodler was a set-up. The date went well and I don’t necessarily like waiting around, so I just asked him if he wanted to go out again next week. It’s looks probable, but now that I’ve made my interest known, I’m going to let him reciprocate by making the plans, since it’s his schedule that’s up in the air.

Put yourself out there, have confidence, be yourself, and keep an open mind, but know how you deserve to be treated. Try new things—online dating, speed dating, blind dates, etc. are all excellent ways of meeting new people. Don’t expect each new person you meet to be “the one”—that’s too much pressure for anyone. Have fun! Even I need to take my own advice from time to time, as it’s hard not to get discouraged sometimes. But you’ll never meet “a good man” if you’re not sure you’re worthy of him in the first place. Of course you are.

Dating Don’ts: How NOT To Discuss Love