Investigative journalist Teri Buhl has come under a lot of fire lately after she pled guilty for creating a fake Facebook account that was used to impersonate an underage teenage girl.

In 2010, Buhl was living in New Canaan and got a tip for underage parties that had alcohol in them supplied by parents from the rich community.

Buhl was allegedly tipped off by other parents in the community that had told her they “had enough” and “we’re sick and tired” of the parties. Her tip also told her that the police department was involved in a way to cover up if anything goes in public.

Buhl created a fake Facebook account in a bid to get the bottom of the story which she planned on selling to some of the bigger media in the New York area. At that time, Buhl was unemployed so she saw a good opportunity to make good money. 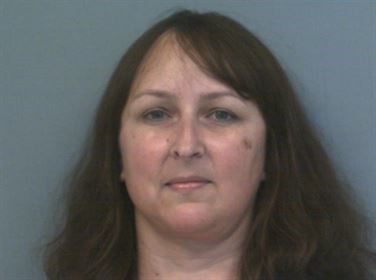 The Facebook account she created was to impersonate none other than her boyfriend’s daughter, which is labeled “M” in the court transcript due to the fact that she was underage at that time.

Buhl had also sent a package to her boyfriend containing copies of his daughter’s diary, alluding to the fact that his daughter would frequently get drunk at these parties and pose an easy target for boys.

Buhl was found guilty and served a 30-day prison sentence, upon her release she started working as a smashmouth journalist for her own website.

But her story doesn’t end here as in 2011 and 2012 she was subjected to a court appeal by Michelle Vazquez on the basis of “publishing and distributing defamatory statements” about his hedge fund. Buhl was working at that time as an investigative journalist that focused on alleged financial fraud. She along with a CNBC journalist was found guilty on all five count appeals.

But it gets even worse from here, as we found out that this is not the first time Teri Buhl has been arrested. As it turns out, in 2002 Teri Bull was arrested and convicted in Rhode Island for fraudulent checks and felony check fraud. 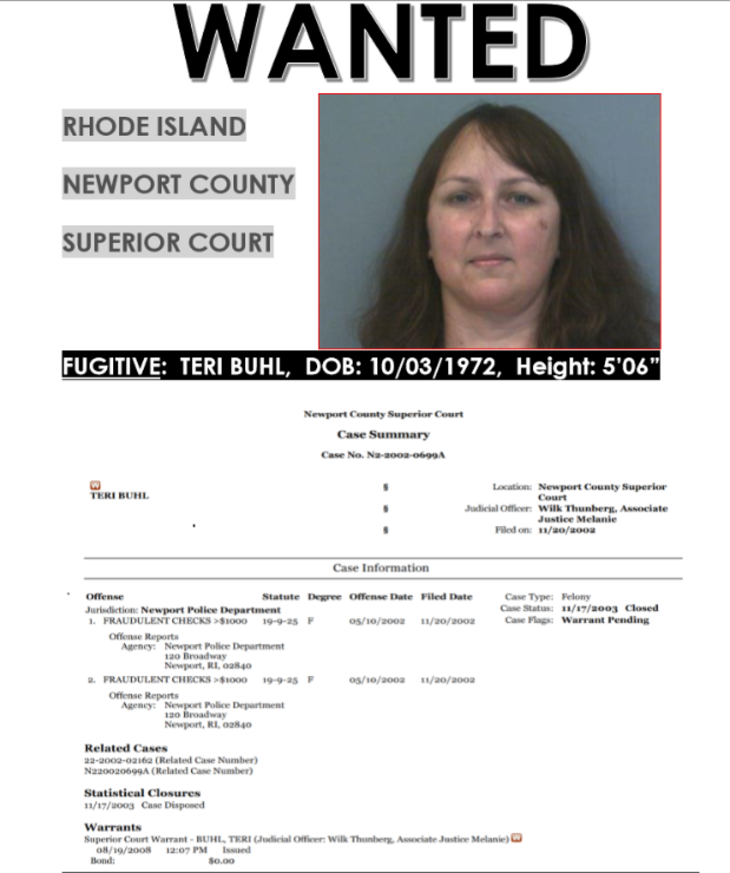 Teri Buhl had still owned a total sum of $8,020 since June 1st, 2019, for failing to pay it back in 2008. This information resurfaced after we contacted the Rhode Island Attorney General’s Office, who was more than happy to supply us with the information.

After further discussions, we found out that Teri Buhl has a no-bond Active Felony warrant issued back in August of 19 2008 in Newport County, Rhode Island. The warrant is issued for fraudulent checks and failing to pay restitution.

While the court issued the arrest warrant in 2008, Buhl disappeared after she failed to acknowledge and pay the financial restitution that was set by the Rhode Island’s court. Buhl is a fugitive on the run from 2008 and during that time she was involved in the first New Canaan face Facebook account case, and later the next year in the Vazquez vs Buhl case.

Despite being a fugitive and owing the court restitution, Buhl continues to operate her journalism site, @BuhlReport, and solicit donations.