The last time I did yoga was more than a decade ago, when a couple friends and I took a weekly class at the gym for a few months. Even then, I was kind of a slacker who lurked in the back of class muttering obscenities about downward dog (not sure if it’s big boobs or lack of arm strength, but that pose has always been SO uncomfortable for me). Recently, though, I’ve been yearning to give yoga another go and see if my adult self enjoys it more than my teenage self did. There are tons of great studios in my neighborhood. Right now, the only thing holding me back from packing up my yoga mat and actually going to class are a series of “what ifs”: What if everyone in the class is better than me? What if my outfit is dumb? What if I can’t hold the pose?

Luckily for me, my coworker and friend Ami just completed her 200-hour yoga teacher training, and is scheduled to teach her first class next month. She seemed like the perfect person to field my most pressing and ridiculous yoga questions without judgment. Here’s what she had to say about downward dog, baggy Weird Al t-shirts, and, yes, farting during class…

What if I think the class is super boring? Should I just stick with it or try a new kind of yoga/new teacher/new studio?

I think yoga’s only boring if someone doesn’t understand the purpose of yoga: it’s essentially a moving meditation. You are there to try to still your mind and focus on your breath. So, it’s more of a practice or a discipline than it is something you should find entertaining … if that makes sense. Yoga is like life. Some days it will be difficult and unpleasant and some days it will be incredibly enjoyable. This all depends on your state of mind. That being said, I do think you can go to a yoga studio or take class from a particular teacher and not have it be the right thing for you. I think you should shop around for a place to practice that makes you feel comfortable, safe and encouraged to stick with it. 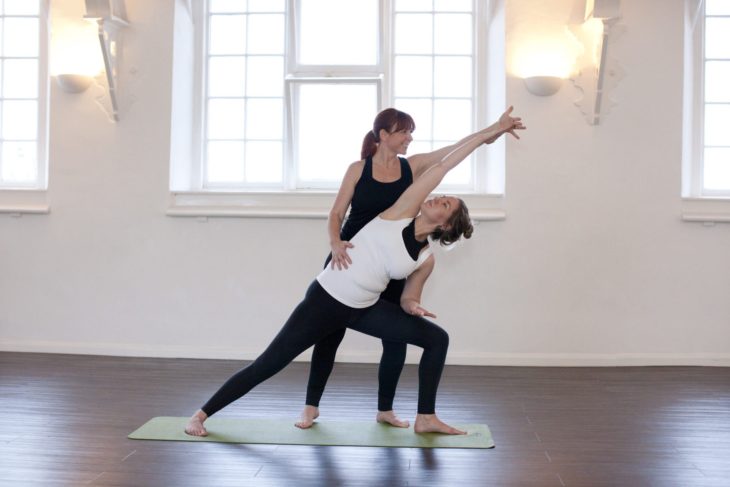 What if everyone else in the class is already really good at yoga?

I keep trying to explain this to my boyfriend who just started doing yoga. There is no such thing as being “good” at yoga. But if there were to be a such thing as being “good” at yoga it would include: practicing regularly, breathing through the entire class, and not comparing yourself to others. It would have nothing to do with how you look while doing the poses. There is a such thing as being more advanced at yoga or born with more natural flexibility. The goal of yoga is to keep practicing your whole life — or as long as you can — and get better little by little. When I started 17 years ago, I could barely touch my toes. Now, I can almost touch my toes. It’s been 17 years and I still bend my knees when folding forward to touch my toes. Is it because I’m a failure at yoga? No, it’s because I have long legs, a short torso and tight hamstrings. I can work on opening my hamstrings (and I have) but I can’t change the length of my torso. One of my teachers put it this way: “I’d rather see someone who looks comfortable while they’re practicing than someone who has their leg behind their head but is struggling so hard that they can barely breathe.” Even though yoga might appear to be an external practice, it’s really an internal one.

What if everyone is wearing really cute, coordinated yoga outfits and I am wearing ratty leggings and an oversized Weird Al concert T-shirt?

What you wear to class does matter only in that you might find baggy T-shirts (no matter how awesome) or pants with holes distracting or obstructing to practice in. You don’t want to wear anything that will make it harder then it already is to get into the postures.

What if I can only hold the pose for, like, a second? What should I do?

It depends on why you can’t hold it. Here are some scenarios:

You’re in pain. Get out of there fast. You should never be in pain. Discomfort is OK, but something’s pulling, something’s broken, a socket just snapped pain is not OK.

You’re uncomfortable. A lot of yoga postures are meant to be uncomfortable to help you stretch tight muscles. It’s normal, especially at first to feel uncomfortable in many postures. Stick with it. Keep breathing deeply and see if you can send some relaxation to the muscles that are aching or shaking. Push yourself gently to your edge, but not past it.

Your body literally doesn’t do that. Not all postures are meant for all bodies. Ask the teacher for an variation that will suit your body or rest in child’s pose until the next posture comes along. No big deal.

Your mind is telling you that you can’t. This may in fact be true. See above. But you have to challenge yourself and ask yourself if it’s true or you’re just scared or psyching yourself out. If that’s the case, you should try the posture with an open mind and see how it goes. There have some poses that I NEVER thought I’d be able to do. Like the first time I tried a headstand I was like, “No way.” But I followed the teacher’s instructions and my legs were shooting up in the air and I felt like I just experienced a miracle. You don’t always know what you’re capable of until you try. 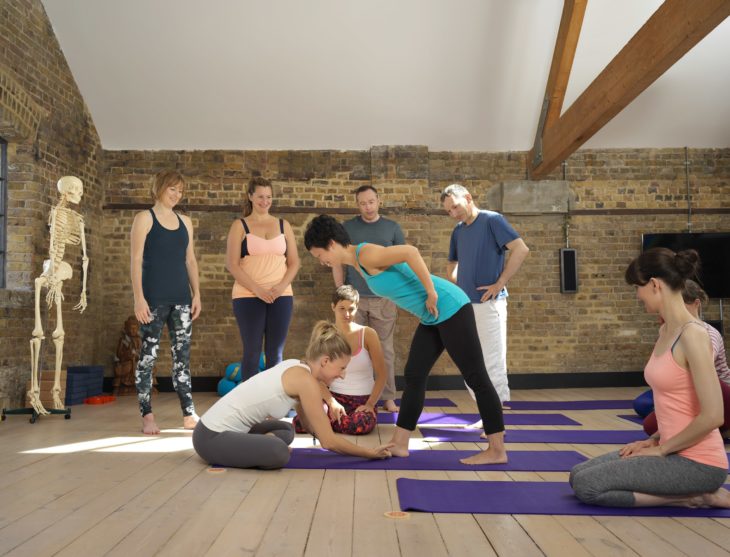 It’s funny because when you start doing yoga all the time, downward dog is a rest pose. That sounds crazy, but it’s true. I’m always excited to get into downward dog. But when I started, I hated it too. You might want to approach the teacher before or after class and ask for some DD pointers. For example, when I learned that pressing down between my thumb and second finger would take weight off my wrists, it revolutionized the pose. There are little adjustments and tips like that for every pose that make it more comfortable for your body. You might not hate the pose, you might be out of alignment. You might need a longer stance or a different hand position or maybe you’re forgetting to engage your quads. It’s all these little things that you learn when you practice over time that make everything feel more comfortable and allow you to hate challenging postures a little bit less.

Everyone farts during yoga at some point in their life. No one will make a big deal about it. But if you’re having stomach problems or major gas, it’s going to be a long 90 minutes of trying to hold it in while your colon is twisted in every direction. You may want to consider skipping class that day and going when your colon is feeling more predictable. The person next to you will be grateful for that.

This Thanksgiving, Eat Whatever You Goddamn Want

Health and Safety Tips to Consider While You...