David and Victoria Beckham had a very joyful holiday, especially their children. The couple has four kids, Harper, who is nine years old, Cruz, who is 14, Romeo is 17 at the moment, and their oldest child, Brooklyn, is 20 years old. In addition to having to puppies Olive and Fig, who are Cocker Spaniels, they bought another adorable canine companion. They named him Sage, and that is the Christmas present they decided to gift their kids.

David Beckham posted on his social media account his daughter Harper and Sage. He wrote, “Little Sage being welcomed to the family this Christmas morning” alongside Santa Claus emoji. Brooklyn posted a video of Sage playing around, and wrote over a picture of him holding the puppy, “New member to the family,” and a heart emoji at the end.

Olive and Fig are also amongst the pictures on his social media, and he wrote over it, “Merry Christmas.” The dogs were dressed in festive blankets, and the blankets’ worth is probably expensive, as the Beckham family is known to spend a decent amount of cash to their canine friends. Earlier this year, they gave 4,600 pounds for a Louis Vuitton blanket. Olive is famous on the internet, and on Instagram, he has its own account, with around 70,00 followers. 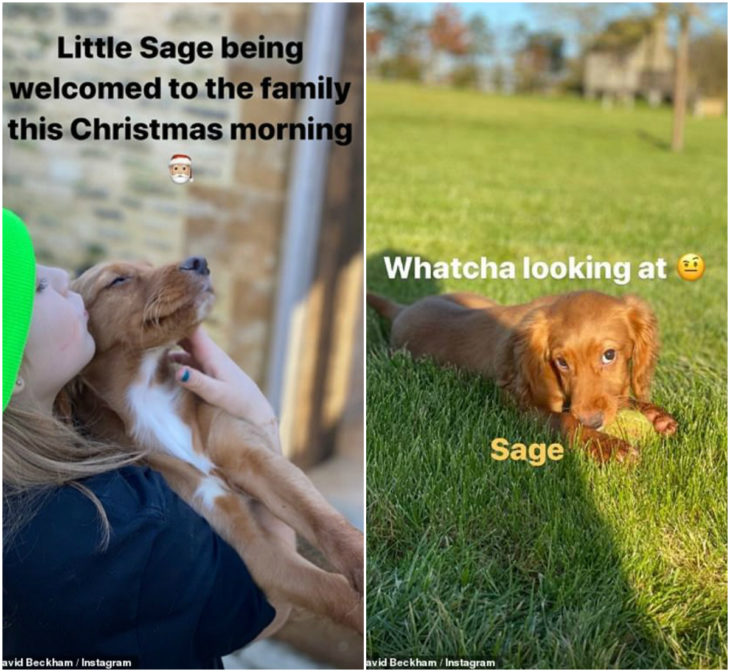 Fig is the black Cocker Spaniel, and the family has it since September 2018. Another celebrity who is a dog lover is Coleen Rooney, and she posted a picture of her boys Kai, Klay Kit, and Cass captioning it with, “Sending you all lots of love this Christmas. Have the most special time with your loved ones. We woke up to 2 new additions to the family this morning, Pip the Pom and Harry, the Hamster.” The oldest of the boys is ten years old, while Klay is six, Kit is three and the youngest Cass is 22 months old. 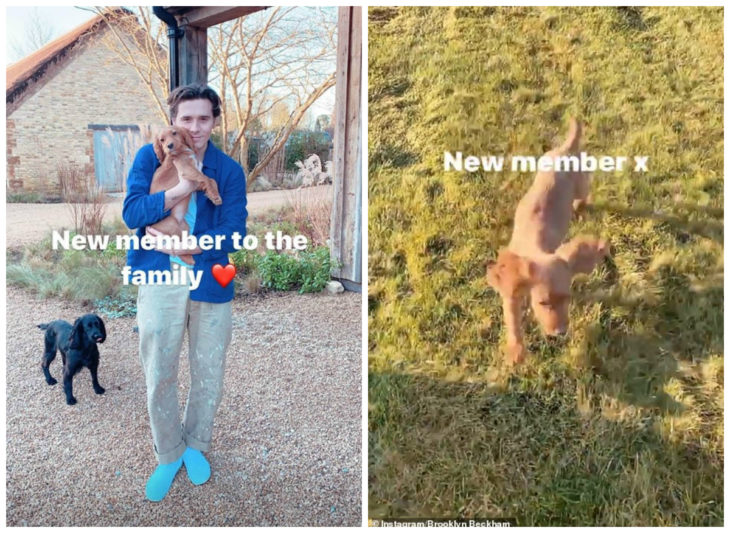