Feminists Have Food And Body Image Issues, Too: 5 Ways To Get Over The Shame

I was a full-blown feminist by the time I started college. I also had a full-blown eating disorder. As a teen I marched on Washington for women’s rights. I put out a zine called Wonder Woman. I played drums (and by “played” I mean I aggressively and skill-lessly beat the shit out of a floor tom, a snare and a cymbal) in a punk band whose songs included “Penis-Shaped Missile” and “Cute Band Alert.” I prepared all varieties of soy-based hippie stews for Food Not Bombs, though I don’t recall ever sampling any of them. And it wasn’t because of the soy. Or the hippie. While my dog-eared copy of Naomi Wolf’s The Beauty Myth was proudly displayed on my bookshelf, my equally well-worn calorie counter book was hidden out of sight in my desk drawer. In this article, you can read about the risk factors of eating disorders.

I was terrified of gaining weight. I restricted. I binged and purged. I hated my body.

I first came to feminism because I could feel the injustice in my obsession. Somehow I understood that the way out of it couldn’t be solely about tackling my individual pathology. Now don’t get me wrong: I needed therapy — and I got it. But I also needed to break away from the idea that this was all on me. No, that didn’t fly because nearly every other girl my age was drinking some flavor of body haterade, too. I saw lunches tossed in garbage cans uneaten. I saw tears shed in dressing rooms. I saw that my smart, creative, kick-ass peers were getting their asses kicked by the same incessant buzzing that had a hold on me — not good enough, not thin enough, not pretty enough. What was going on here? Oh, wait. Mightn’t it have something to do with patriarchal shenanigans? Diet industry lies? Beauty and fashion industry fakery? Yes, indeed. That made a whole lot of sense. I was righteously pissed. And being a teen feminist on a mission to rid the world of these craptastic body issues — including my own — was a whole lot healthier than being a self-loathing teen paralyzed and silenced by my eating disorder. 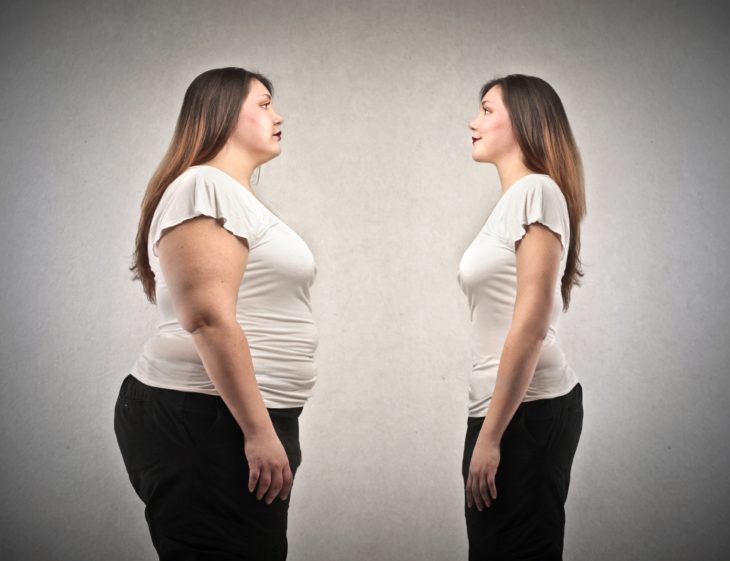 There is so much tied up in this notion of silence — especially when it comes to feminism, food, and weight. On the one hand, discovering feminist writers and diving into feminist activism helped me find my voice. I wrote angsty poetry and impassioned essays for my school paper. My first letter to the editor was published in the Baltimore Sun when I was 17. It was an angry response to an article detailing the benefits of a semi-starvation diet for overweight children. I was not overweight, but I did know an awful lot about semi-starvation. I saw that there was something terribly oppressive and sexist about the messages and images I was exposed to. I realized that I could talk back — and I did. I could rally others to join the cause. I did that, too. Feminism gave me the framework to see that my struggle was part of something larger. Personal? Check. Political? Check.

Yet as I moved through life speaking out against all these evil forces, I started to experience something I know many other women can also relate to: the double whammy of feminist shame. Feministing editor Chloe Angyal summed it up powerfully in her admission that she has been battling an eating disorder:

“[W]e know how photoshop works and we know that it is a radical act to resist the homogenized impossible unattainable commercial vision of what beauty is. We know all this. Which is why, when I fell down that hole, I couldn’t tell anyone about it. On top of everything else – on top of being miserable and ashamed and really fucking hungry – I felt like a bad feminist…”

I have been free of my eating disorder for 15 years (and I am of the belief that full recovery is possible), but I’ll fess up to the fact that I have been unnecessarily hard on myself at every stage because of exactly what Angyal describes. As with nearly every exhausting inequality, smart women end up self-flagellating because we’re not able to pull ourselves up by our bootstraps and get right on out of our own oppression. We end up holding our vulnerabilities close to the vest, even when those vulnerabilities are what brought us to the feminist movement in the first place. But let’s not despair here, sisters. Some advice! 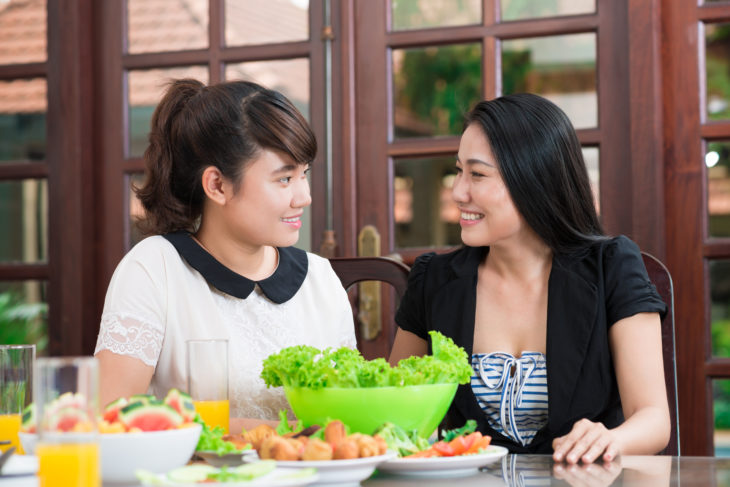 1. Real talk is not the same as negative body talk. Feminists have been well-schooled in all the things we shouldn’t talk about when it comes to body issues. We shouldn’t bash our own bodies. We shouldn’t bemoan our inability to fit into this size or get to that number on the scale. But what if we are really and truly feeling those anxieties? Here’s the thing: There is a big difference between sitting down to lunch and announcing that you are going to be “good” and not order dessert and sitting down and saying, “I’m having a really rough body image day.” And when you’re on the receiving end, let’s also note the vast chasm between “Oh, you’re so not fat! I’m the one who needs to lose a few” and “Yeah, I’ve been there. What’s going on? Did something trigger this?” There is a way to talk meaningfully about food and weight worries. We should practice it. We should model it for others who aren’t quite there yet.

2. Sometimes a media detox is what the doctor ordered. So you’ve watched Jean Kilbourne’s “Killing Us Softly” videos in Women’s Studies 101? You’ve clicked through dozens of Photoshop before/after slideshows? You get it. These images are totally unrealistic and ridiculous, right? I am all for media literacy — it’s a huge and very important part of my work — but let’s not kid ourselves into thinking that the knowledge of how wrinkles are smoothed and thighs are de-dimpled negates the toxicity of our constant exposure to these “perfect” images. You can and should keep your media critic hat firmly planted on your head at all times, but sometimes your eyes and your brain really just need a break. Step away from the screens, cancel the subscriptions, go frolic in nature. Or at least find some alternative media sources that don’t make you feel like shit.

3. Eating disorders and body image issues are not “feminism lite.” Don’t let anyone tell you otherwise. I have encountered women who have not-so-subtly rolled their eyes when I describe my beat. Oh, that’s not as important as the “bigger” feminist agenda. After a certain point, don’t you just have to get over all that silly beauty stuff and move on to the more grown-up feminism? You know what? Fuck that. And here’s why: girls and young women have clearly identified these issues as the source of their hesitance to take on leadership roles. The feminist movement cannot afford to dismiss them. After all, our future kinda depends on our ability to get a clue and engage young activists. “By the time we’re old enough to seriously consider becoming leaders, the majority of us are crippled by insecurities about the way we look, which we internalize and equate with our sense of worth on all levels,” wrote young feminist author Julie Zeilinger (and our Campus Confidential columnist!) in a Forbes article entitled “Why Millennial Women Do Not Want to Lead.” Could it be any clearer that the battles we wage with our bodies are inextricably tied to our battle for equality? 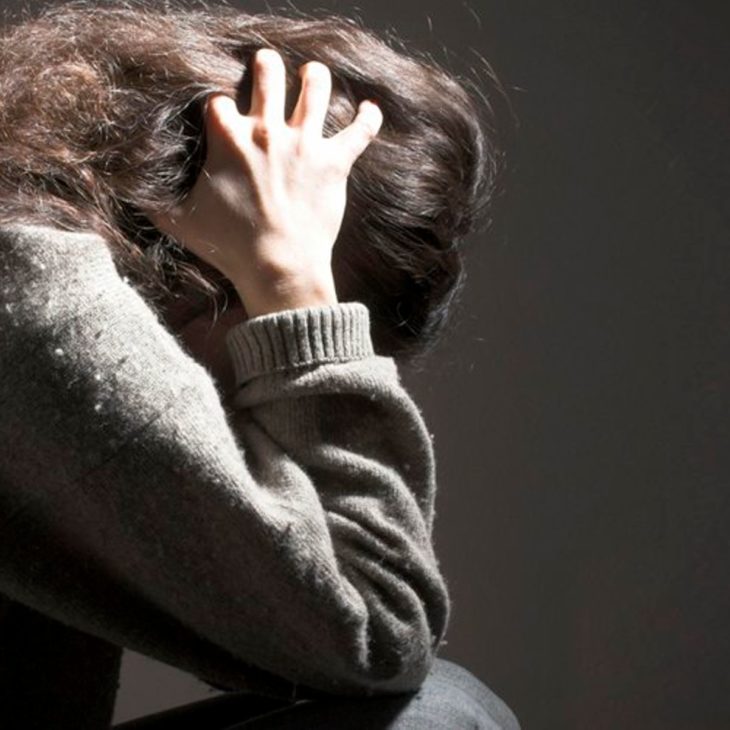 4. Being a martyr isn’t the answer. Women who struggle with disordered eating and poor body image are prone to self-sacrifice. Feminism can also be a hotbed of “me last” activity. Once you’ve identified that you are not down with the patriarchy, you will most likely want to take at least some part in smashing it. This is a good thing! Except when you end up putting the fight for equality ahead of your own health and wellbeing. Unfortunately, there are aspects of the movement that can reinforce that mindset. “When eager activists burn out or simply can’t afford to stay, I’ve seen fellow feminists passive aggressively suggest that they just weren’t willing to give it all — or ‘lean in,’ some might say — to the fight for gender justice,” writes feminist organizer Shelby Knox. I’ve seen this nonsense play out too, and I’m just gonna go ahead and call it 100 percent backward. The way I see it, feminism should breed self-care, not deride it. And when you’ve got disordered eating and body image issues in your past or present, self-care is no joke. Repeat after me: caring about the cause does not mean you should neglect yourself.

5. Reach out for help if you need it. Feminism was a catalyst to my recovery and it has remained a central part of what has kept me healthy. Disordered eating and poor body image are deeply entrenched thoughts and behaviors, many of which are validated and normalized in our thin-obsessed, fatphobic culture. It helps to understand that. Stepping up to change the culture helps too. But let me state again for the record that this stuff is very, very complex. If you’re looking to feel better about yourself, feminism works a hell of a lot better than diet pills or cellulite cream. It is not the magic fix, though. Resist the “I know better, therefore I should be better” trap. If you are having a hard time, seek support. You don’t have to be “dying to be thin” to need help. You don’t have to stay silent because you’re afraid of losing feminist points. Sisterhood is most powerful when we’re speaking the truth. That’s the feminism I believe in.

Prepping for Your 2022 Spring Break Vacation