Indian weddings are beautiful. I missed my sister’s by just a few days. I couldn’t make up my mind whether to join her and her Canadian boyfriend in Goa, where I could complete my yoga training certificate in a country where men significantly outnumber women, or to stay home in the Brooklyn apartment I shared with four equally unemployed strangers, and where I was without a car, a boyfriend, or a shred of hope. I had to weigh my options, so I was a bit delayed.

That’s how I missed Leky’s lavish Hindu puja ceremony, where she wed a guy she had actually met years ago at a Buddhist monastery, and who she had run into again by chance half a decade later while she was tooling around India.

Their love is a beautiful story. Mine, not so much.

He was 24. It was impractical, it made no sense, and yet I was happier than I had been in years. I accepted the situation as “Prasad,” a gift from God.

At 31, I was already a world traveler and a world-class dater. I had lived at various times in two other countries, and as the proverbial “nice Jewish girl,” had dated every type of unavailable man from Orthodox to Sikh to WASP. Everything ended badly and I was starting to consider myself an expert in cross-cultural heartbreak. The way some women carry pepper spray in their purse for protection, I carried a checklist of red-flag warning signs and dating requirements. By the time my sister Skyped me to see if I could join her for a yoga workshop in the hot beach town of Goa, I had decided to take a break from love.

My “break” was over practically the minute I touched down at Mumbai. I chalked it up to being in the land of arranged marriages. My girlfriends and I loved to sit around laughing over that wacky Wilbur Sargunaraj pop video in which the ’80- bedecked Borat-type sings, “Mommy, Daddy, I want a love marriage,” but I had gotten to the point where I was almost ready to belt out just the opposite: “Mommy, Daddy, I want an arranged marriage.” The kind where no one gets divorced because the expectations aren’t too high to begin with. 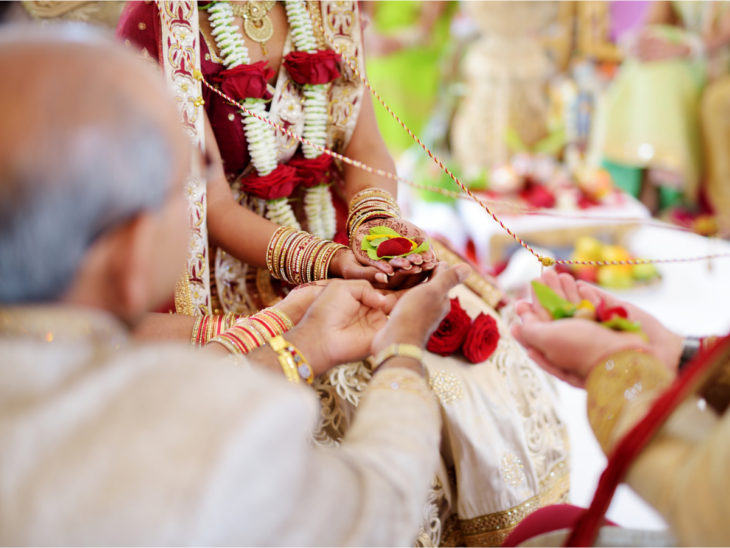 I was familiar with shidduch (matchmaking) from the paternal side of my family. My parents had an interfaith marriage; Dad is Bronx-bred Jewish, Mom is Ukrainian Catholic. Unlike 50 percent of American unions, they’re not divorced, but they also didn’t do it the Indian way—marriage, then sex, then love.

Not only did I have a new boyfriend the minute I touched down in India, I also got very deeply spiritual. When you’re at a yoga retreat, it’s hard not to.

“I will tell you the secret of Indian marriage,” my guru said. “Here, we have a union of two families, and there are hundreds of people on each side that make it impossible for you to walk away.”

So true, and so relevant to my situation. I wasn’t sure my new Indian boyfriend was right for me, but I didn’t want to disappoint his best mate, the matchmaker who set us up.

“Firoz really loves you, you know,” said Nasir, trying to explain away Firoz’s bad behavior of late. Nasir had not only played matchmaker, he was now mentoring Firoz on the fine art of dating—because in the land of arranged marriages, there is no such thing as dating, and nobody knows how to do it. Usually, things are settled and you can relax until it’s your big day.

Firoz was a Muslim seven years my junior, tall and curly-haired, with a wide smile, sincere eyes and a baby face. He wore a skirt (dhoti) that he was constantly folding and unfolding. He was confident and unflappable and never lost his cool, which meant I couldn’t read him. He had no money, although he planned one day to get his Master’s degree; in Kerala, where he was from, everyone had a degree. I ditched my checklist and adapted.

Firoz refused to tell his family about me. He probably couldn’t marry me or have a family with me, but he loved me. Deeply. He vowed to make his mother understand, warning me that this would take a good deal of time, and that was good enough for me. When the subject of his love for me came up, he would say: “Do you have any doubt about that?” To which I found myself replying, “l love you too.” 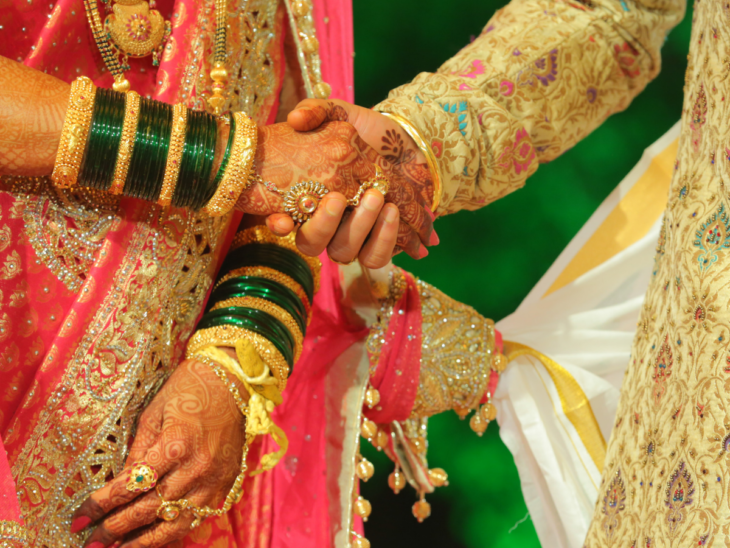 He was 24. It was impractical, it made no sense, and yet I was happier than I had been in years. I accepted the situation as “Prasad,” a gift from God.

We proceeded to have a fling, after which I was off to the ashram in Dharamasala with my sister. He begged me to come back, and I promised I would.

I traveled from the bottom of the tropical south of India to the top of the north in the holy mountains of the Himalayas to train with my yoga guru. Firoz called every night to wish snuggles and kisses “to my American angel.”

I missed Firoz something awful, and one night, I Googled Firoz and discovered a blog written by one of his similarly Western exes. Firoz had always told me I reminded him of her because she too had “a blog and a mini-laptop.” According to her blog, she and Firoz were still very much together. I called Firoz and told him I knew everything.

“I don’t like the girls to cry. I told you a lot of lies because I didn’t want to hurt you or her.”

I didn’t have my girlfriends around me, but fortunately, I had a whole lot of swamis, gurus and fellow yogis who offered to give me the benefit of their wisdom. Accordingly, I e-mailed the other woman. Politely, in solidarity, I told her it was my fault for reading her blog in the first place. I had played Google detective and had reaped what I had sewn. We were all heartbroken, I wrote, although the woman’s last entry had included a photo of her with my boyfriend, along with a searing description of their time together. 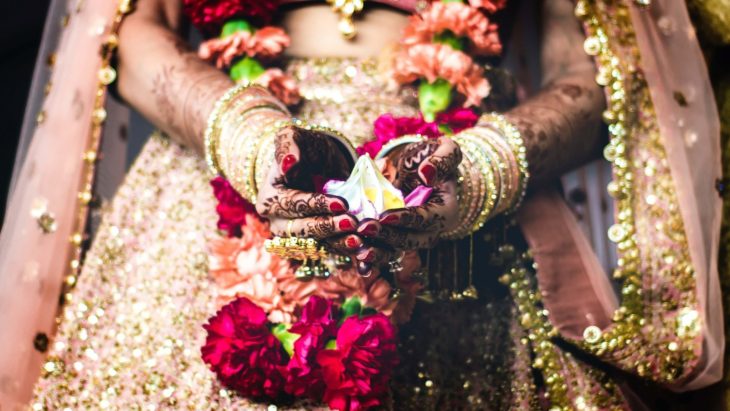 My Indian guy friends had warned this would happen when they heard Firoz was from one of the big tourist states. They said there was a sort of “Stella Got Her Groove Back” racket of wooing lonely Western girls and later fleecing them for money, sex, or just companionship. In my case, it was more like “Eat, Pay, Love”: My man drank water while he paid for my dinner, put money on my cell phone for me when I was sick. He had nothing, but he gave me everything, including the shirt off his back when I was cold one time.

The other woman responded by e-mail with a lesser degree of politeness and solidarity. She detailed their 10-day “chemistry filled affair” and said it had turned into a “real relationship” after she flew back to India and began funding all their trips and excursions. She was 33, divorced, a successful businesswoman with an MBA, and she sounded just a bit too optimistic for my taste. Firoz had probably told her everything she wanted to hear—just as he’d done with me.

Firoz called again to clarify. “Did you see her photo? Why would I prefer her?” The more he drank, the better his English got. “I am zero, baby. Please find a good man.”
I went back to the sages for another heaping dose of yogic wisdom.

“I have determined the problem,” said my guru. “It is in your second chakra.”

That’s the sex chakra. Apparently, that and my heart chakra was “too open.” My life energy was “too focused” there. 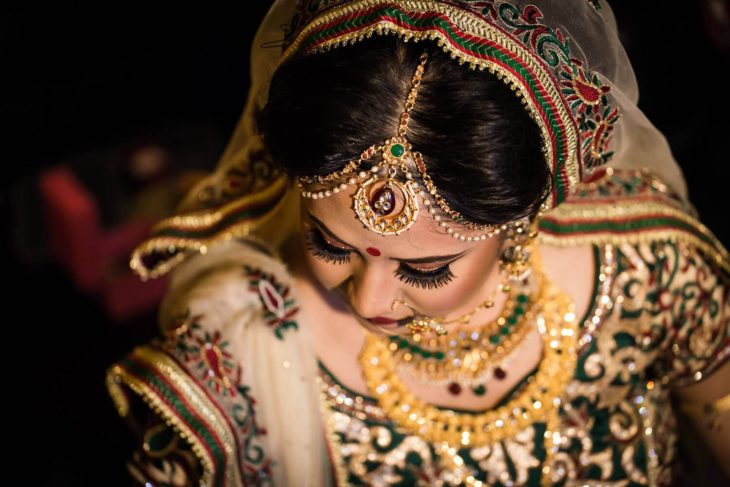 “I will work on this, guru,” I promised. I was going to get those chakras under control.

More wisdom came from an unexpected source: my Himalayan manicurist. “Tell his parents,” she advised. “Then beat him with your slipper.”

Meanwhile, I was advised to do “vigorous exercise and breathing techniques.” Or, I could have a 24-hour sex marathon in the spirit of Osho, a guru in India who believes we should get sex out of our systems before we can convert it to divine love. I wanted that—to convert it to divine love—so I started doing the celibacy pose (brahmacharya) and meditating on “love with a direction.” Easier put, spread your love around.

An Indian guy friend asked me quite sincerely if I wanted to marry him. “No,” I said. “I just don’t want to be alone.” By alone I meant single. I was tired of being a New York City martini and sundress cliché. I actually know some non-Indian women who went on Shaadhi.com, an Internet dating site in India that leads to very quick, basically arranged, marriages. Sometimes I think I’d love the security of knowing not just “if” I will marry, but “when.” I’d love to know that no matter my past, I still have the option of a guaranteed partnership. Wouldn’t it be nice to just ring up a wedding? It’s always good to have a backup plan.

But I also have to accept reality—that impossible love is just that. It is only when we relax and let go does real love come to us

These days, I am working on the idea that love is a natural state where there is no direction, projection or identification, and therefore no one to love but myself. Perhaps, though, I can learn in this lifetime to pay my karmic debt and choose to accept the partner that comes to me as a gift—provided he passes my checklist, of course.

Eight Ways To Have A Frisky Vacation

Home Inspiration: Map It Out