Life After Dating: What’s The Matter With Sleeping In Separate Bedrooms?

I once had a friend whose mom and dad didn’t just sleep in separate beds — they had entirely separately bedrooms in the same apartment. It seemed weird to me when I learned of it, despite the fact I knew nothing about their private relationship. When the parents eventually divorced, I assumed sleeping in separate bedrooms had had something to do with it. How could it not? I mean, sharing a bedroom just seemed like something married people do.

Well, I have been married for less than one year and I started thinking seriously about sleeping in separate bedrooms when I awoke with a start in the middle of the night recently because my snoozing husband elbowed me, sharply, right in the forehead. (It might actually have been a move taught in self-defense classes. And if it’s not, it should be.)

Living together, to say nothing of sharing a bed, is all about blending two lives’ worth of preferences and expectations together into something you can both live with. Everything has to be negotiated. I’ve had to learn how to chill out about clutter. My husband, Kale, is learning to live with the amount of dirty laundry I singularly produce. But one place that feels like a much bigger deal than the laundry pile or our kitchen counters is in the bed. 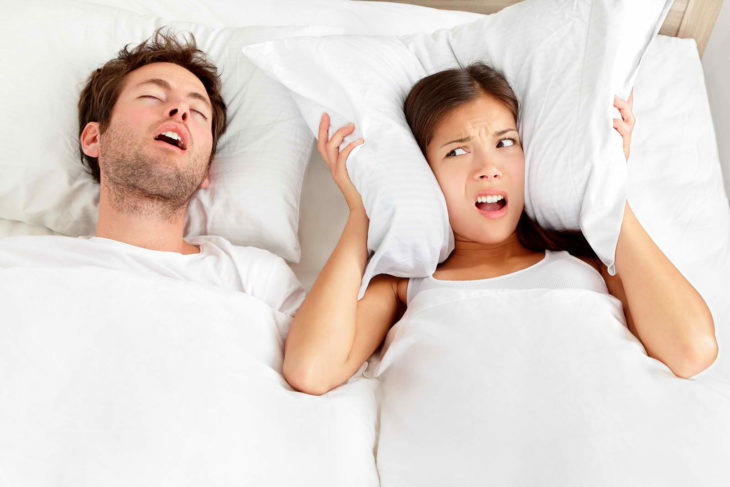 I don’t mean “in bed” in terms of sex; I mean the literal bed. I have not slept as well as I once did since my husband —then my fiancé — moved in and made my bed and apartment ours. The lost sleep is not because my hubby and I stay up all night talking and having sex — although that, sometimes, too. Sleep is just more disrupted when we’re mitigating so many factors that a single sleeper doesn’t have to deal with: two adults (one of them 6’2″ — that would be him) squeezed onto a queen size mattress, my preference for ALL the pillows, his disdain for comforters and blankets, the room temperature, and last but not least, what time to turn the lights off and go to sleep. (I function best on 9 to 10 hours, which I realize is a step up from a hibernating grizzly bear.)

If we each got to draw up our dream bedrooms and sleeping arrangements, they would look quite different from each other. I can imagine the appeal of having a separate bedroom, like my friend’s mom had: I would turn the lights out early, pile up all the thickest pillows, and put every comforter and blanket on top of me. It sounds perfect, except for one thing: we both want each other there.

It’s funny, isn’t it? Marriage — and, I would imagine, parenthood — can cause such an interruption in your life, yet you cherish it more than anything. Sharing a bed has a security, safety and intimacy to it: physical and emotional intimacy is usually the best part of every day. I miss it when he’s not around. Just a snuggle or a cuddle before falling asleep, or waking up in the morning, can make me feel so loved and appreciated and ready to face the world. And while we have serious conversations in the light of day, making eye contact, it’s those conversations in the dark — the moon visible through the window on his side — that sometimes feel more personal. 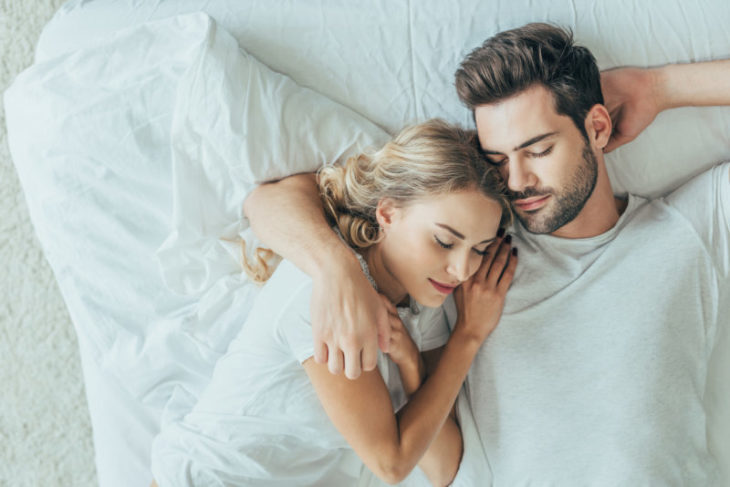 If I’m honest, though, those aren’t the only reasons for sleeping together — it’s a cultural norm. Even though I haven’t slept as well since we crammed two of us into one bed, I would worry that something would be seen as “wrong” with me, or “wrong” with our relationship, if one of us chose to sleep in a separate bedroom. There’s the assumption — yup, the same one I made about my friend’s parents — that the couple’s desire or need for the intimacy I described is weak or damaged if they sleep separately. But who decided that intimacy in every marriage needs to look the same? Who decided that the bed you have sex in and the bed you cuddle in also has to be the bed you get your daily eight hours in? American culture not only has a limited range of what “marriage” looks like, but what marital sleeping arrangements should look like as well.

I don’t particularly want to sleep in a separate bed from my husband (a larger bed, maybe), yet don’t want whether we share a bed every night to be the most important barometer of the health of our relationship. Or a barometer at all, really. Bed sharing has nothing to do with the honesty and trust we share, how much we enjoy each other’s company, or how deeply we feel in romantic love. It probably doesn’t bode well for couples to sleep apart without anything else holding them together. But if someone wants less pillows, more blankets, a light on, a fan off, or to just stay up all night playing air drums, who are we to judge?

The Soapbox: It’s Kids’ Options For Halloween Costumes That Are Truly Scary

Munchies, Shmunchies: Pot Smokers Are Less Likely To Be Obese

5 Benefits of Choosing an Ottoman Bed for...