The Soapbox: It’s Kids’ Options For Halloween Costumes That Are Truly Scary

I’ve always loved Halloween. The candy, the Jack-O-Lanterns, the parties, and of course, the costumes. I’m no stranger to awesome Halloween costumes. I’ve been everything from a box of crayons (four-years-old) to a genie (10-years-old) to Britney Spears pre-public meltdown (27-years-old, while eight months pregnant — it was a truly brilliant costume if I say so myself).

One thing I love about Halloween is the ability for both kids and adults to play pretend for an evening. One thing I don’t love about it, however, is that if you lack the time/desire/sewing skills to scour Pinterest and create a homemade costume, your choices for children are sadly limited.

My son, who wants to be a superhero, basically has one of two choices when it comes to dressing up as Superman, Spiderman, or one of their friends: either a cheap, shoddily made, and totally flammable polyester jumpsuit with the character’s costume xeroxed on, or a foam-stuffed, overly muscled costume that does nothing but promote a warped body-image ideal of hyper-masculinity. To get around these lame options while still honoring my son’s desire to be Batman for Halloween, we’ve come up with what I feel is a pretty awesome compromise. I scored a pair of black thermal pajamas that includes the Batman symbol on the chest and the utility belt at his waist; we have a black, plastic Batman mask courtesy of a friend who left it here and then moved away, and to tie it all together, a glittery silver Batman cape my son won for himself at 6 Flags. Done and done. However, I’m keenly aware that he’s only five-year-olds. I wonder if he’ll be so amenable to thinking outside the heavily muscled-box in a year or two.

And, of course. It’s not just boys. 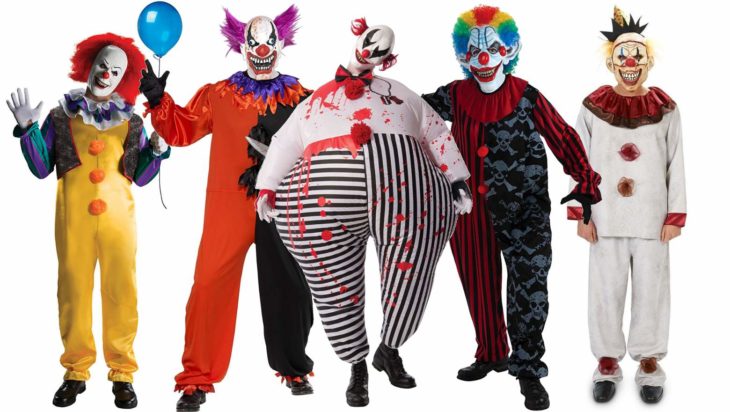 While I don’t have a daughter, I’m still all too keenly aware of the costumes marketed toward young girls. I’ve written before about how frustrating it is to see companies selling sexualized versions of witches, cats, and even candy corn to girls ranging from toddlers to preteens. I have nothing against sexy costumes in genera l… for adults. But when it comes to young girls who may not understand why being a “Spongebabe” is totally wrong on a variety of levels, I take issue with it.

One needs to only look at how superhero costumes are marketed toward girls to see the overt sexualization. And it’s not just superhero costumes: lots of costumeshave been given short skirts and tight bodices and appear to be pint-sized “sexy” versions of adult costumes, like this short-skirted lady cop or lady Robin Hood. Some of the costumes can’t help but be cute — Care Bears, for instance — but other costumes go out of their way to be pink (like Pink Batgirl) and “girl-ified” (like this “Igloo Cutie”). Last month, I even received a costume catalogue that included a thought bubble above Batgirl that said “I’ll be the cutest girl in Gotham!” Hmm, I wonder how well her cuteness will hold up against The Penguin or Joker! Even my five-year-old son noticed some glaring problems between the boy and girl superhero costume offerings.

Thankfully, there are a few gems hidden between the “naughty devils” and “sassy pirates” aimed at young girls. Princess Leia from Star Wars usually comes with her standard, long white dress or jumpsuit (reserving the gold bra version for adults — showing restraint on the part of these companies, surprisingly), and Power Rangers can’t help but be an entire, full body suit — although most often in pink. 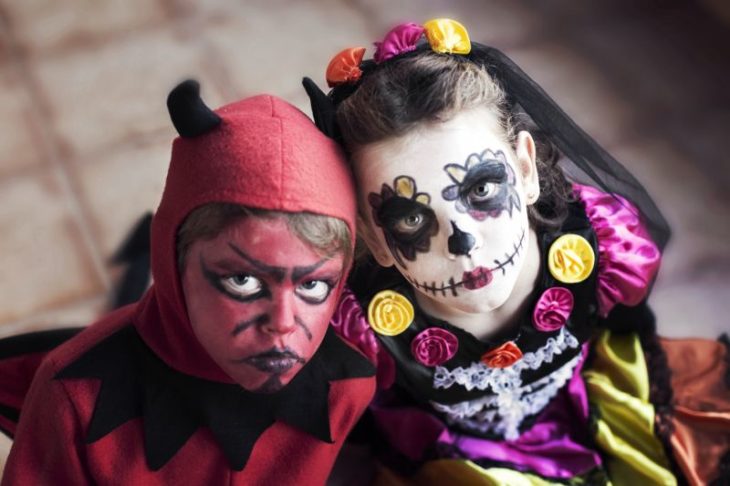 This year, after seeing Pixar’s “Brave,” I had true hopes that store shelves would be lined with Merida costumes celebrating her bravery, gumption, and stellar archery skills. Instead … she’s been turned into your average, generic Disney Princess. I understand the allure and appeal of princesses; trust me, my son is all about them. But to boil down Halloween costumes to either smaller versions of sexy adult ones or princesses seems rather limiting to me.

So what are our options? Do we just go with the cheaply made sexualizing or stereotypical costumes most box stores churn out? Do we try to hone our craft skills to be able to make killer homemade costumes? A better option might be to turn to Etsy and toss a few more bucks to skilled sewers offering a variety of awesome kids’ costumes. And you can go the lazy/socially conscious route and create a hodge-podge costume out of stuff you find around the house. Call me old-fashioned, but I’d much prefer my Halloween scare to come courtesy of a few bats and skeletons than the costumes being offered up to our kids. Check blossomcostumes.com.au and see which type of costumes are offered on their website.

Life After Dating: Is Relationship Advice A Waste Of Time?

Life After Dating: What’s The Matter With Sleeping In Separate Bedrooms?