Recently, the New York Pet Fashion Show was held, more precisely on February 7 and we noticed many interesting pets. However, at the event in the Hotel Pennsylvania, the most attention attracted pet-royal couple. The theme of the show in New York was “Masquerade Ball for Animal Rescue”. Therefore, all the pets had certain costumes. 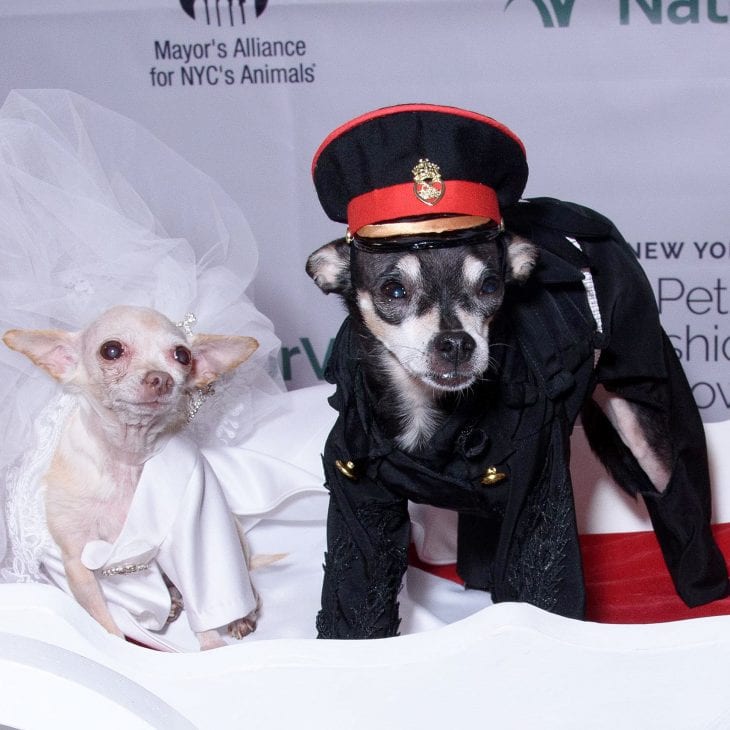 The two Chihuahuas were most interesting to us. White Chihuahua was dressed in a costume similar to that worn by Duchess Meghan Markle at a royal wedding, while the black one was vestured just like Prince Harry on that occasion. White Chihuahua, which represented Meghan, had a white dress that looked like a Clare Waight Keller for Givenchy, which Duchess wore at the royal ceremony. On the other hand, the black Chihuahua was dressed in a costume similar to a military uniform that Prince wore at a wedding.

Although there were a lot of very well-dressed pets on the show, royal couple replica was the most interesting. These cute dogs even had their “Royal Puppet Wedding” with a red carpet and the United Kingdom flags on a small white carriage. 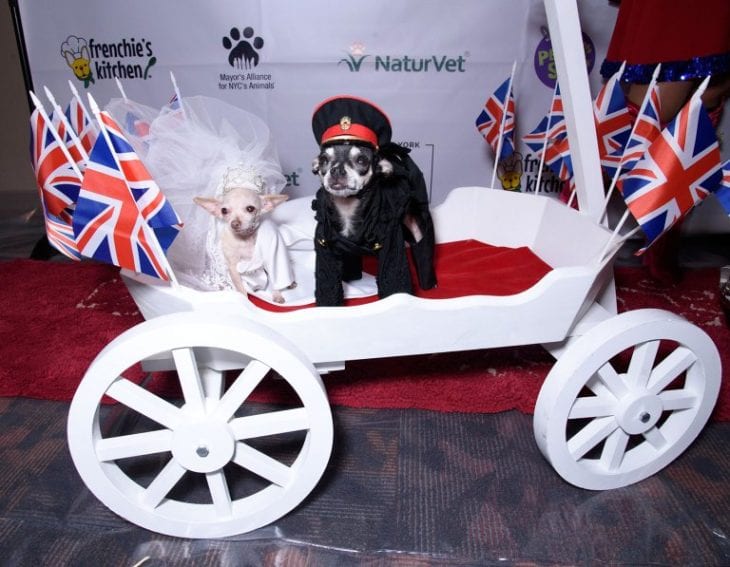 At the wedding of the real couple, there were many famous guests, among others David and Victoria Beckham, Elton John, George and Amal Clooney, but also all members of the royal family including Queen Elizabeth II and Prince Philip, Prince Charles and Duchess Camilla, Prince William and Duchess Kate. Five months after the wedding in St George’s Chapel at Windsor Castle and Windsor, wonderful news came. Meghan and Harry announced that they would expect a baby, which is most likely to be born in April or May. Also, nobody still knows a child’s gender, so it’s the biggest mystery in the royal family.

How to use pillows to decorate your home