How Did 2018 Went By For The Royal Family

The 2018 year started pretty great for the royal family. Prince William and his wife Kate attended the Christmas morning service with Prince Harry and his then-fiancé Meghan Markle.  “It was fantastic. She really enjoyed it. The family loved having her there,” Harry shared with BBC Radio 4’s Today program. “[With] the family part of Christmas, there’s always that work element as well and I think together, we had an amazing time, we had great fun staying with my brother and sister-in-law and running around with the kids.”

On January 22, Princess Eugene announces that she and her boyfriend Casamigos Tequila brand ambassador Jack Brooksbank will be getting married later in 2018. “We’re just very happy and over the moon for what is to come,” Brooksbank shared in their BBC engagement interview. “So excited now to be telling friends and family and just very excited to spend a lifetime together, which is amazing.” More happiness came to the family with Kate and William’s third child, Prince Louis, who was born on April 23. Then came the July christening at St. James’ Palace for the fifth in line, Prince Louis Arthur Charles of Cambridge.

The event of the season was, of course, the wedding of Prince Harry and Meghan Markle, attended by George and Amal Clooney, David and Victoria Beckham, Idris Elba, Priyanka Chopra, and even Oprah Winfrey. Many commented on the menu, which concentrated on local, seasonal produce. They also had a lemon elderflower confection cake, which replaced the traditional fruitcake, and that came as a surprise to everyone.

Meghan’s Caucasian, Pennsylvania-born father Thomas Markle didn’t attend the wedding, but her African American, Ohio-bred mother Doria Ragland did. Reverend Bishop Michael Curry, the first African-American head of the Episcopal Church in the U.S., quoted Martin Luther King, Jr. in his sermon on the power of redemptive love and London-based gospel group Kingdom Choir delivered a rousing rendition of “Stand By Me“. 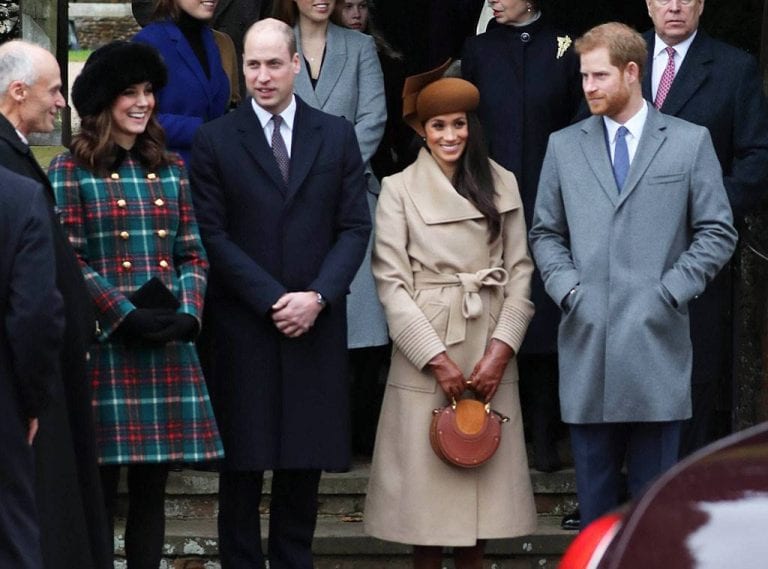 Meghan’s close friend, Priyanka Chopra, shared on Instagram, “Every choice made at this wedding by you both will go down in history, not just because it was your wedding, but because this incredible wedding stood for change and hope…both things that the world needs desperately. Thank you for being the perfect picture of all things good.”

Afterward, Duke and Duchess of Sussex went to Frogmore House for the reception.

Soon followed a garden party which was held in celebration of Prince Charles’ 70th birthday, and after that, the newlywed went to Africa. While many thought they went to Namibia for the honeymoon, Harry revealed that they haven’t visited Namibia at all.

After a month of peace and tranquility, Meghan’s dad Thomas, who didn’t attend the wedding due to his heart surgery, decided to speak on his daughter’s marriage and life. At one point, he addressed the palace as a breeding ground for Stepford Wives and Scientologists. He said how he thinks his daughter isn’t as happy as she seems. “I think she is terrified,” Markle told The Sun. “I see it in her eyes, I see it in her face and I see it in her smile. I’ve seen her smile for years. I know her smile. I don’t like the one I’m seeing now. This one isn’t even a stage smile—this is a pained smile.”

Samantha Markle, Thomas’ other daughter, was raging on Twitter, calling Meghan Cruella de Vill and her prince, a hamster.

“There is no protocol for people like Thomas Markle, or in-laws, and people who marry into the royal family are lost at sea,” Princess Diana’s former butler Paul Burrell said while speaking to Yahoo! UK’s The Royal Box in August. “They have embraced Meghan, they are keeping Meghan safe, but how about all the people in her world? I think they need to think about this, it’s a problem.” 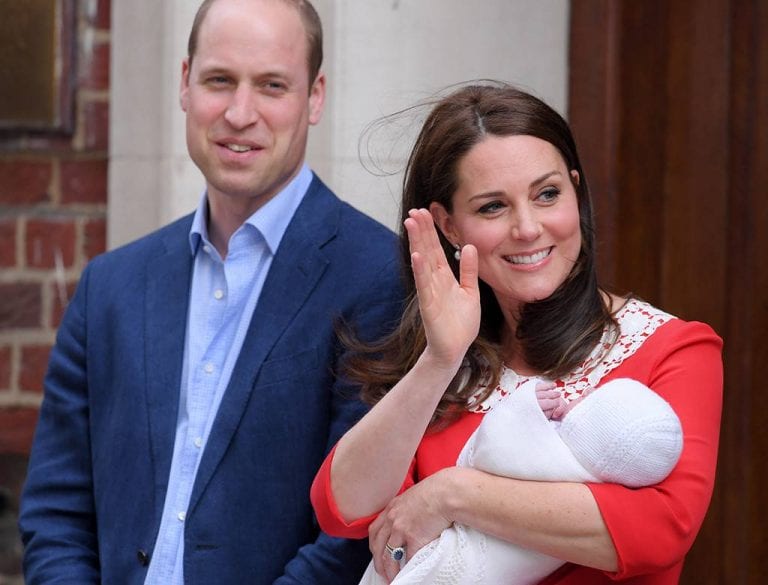 Prince Harry never had to deal with the negativity, since he was generally loved by the public, so he decided to go with the situation as his grandmother, Queen Elizabeth II – keep quiet. The situation with Meghan’s dad attracted a lot of attention. “I think Meghan should have handled this from the beginning,” her half-brother Thomas Markle Jr. told The Daily Mail. “And I think it got ignored and swept under the carpet for so long, it’s a shame where it’s ended up, especially between her and my father. She’s capable of doing anything, she’s just got to want to do it.” According to the Daily Mail, Meghan was “deeply hurt” and she “just wishes her dad would ‘stop blathering’ to the press.” Until he does so, she will not try to get in touch with him.

At the beginning of the fall, the Duke and Duchess of Sussex announced that they are expecting a baby, which caused the things to get a little cooler. Even her sister shared on the Twitter: “It must makes everything that happened over the last year disappear.”

Afterward, Prince Harry and Meghan went on the royal tour in October in Australia, New Zealand, Fiji and Tonga, where Prince Harry revealed that he is hoping that they will welcome a baby girl.

In the meantime, Princess Eugene got married in a low-backed Peter Pilotto gown and then celebrated with a two-day reception that saw the likes of Kate Moss, Naomi Campbell, Demi Moore and Cara Delevingne dance at Windsor Great Park’s Royal Lodge on October 12. 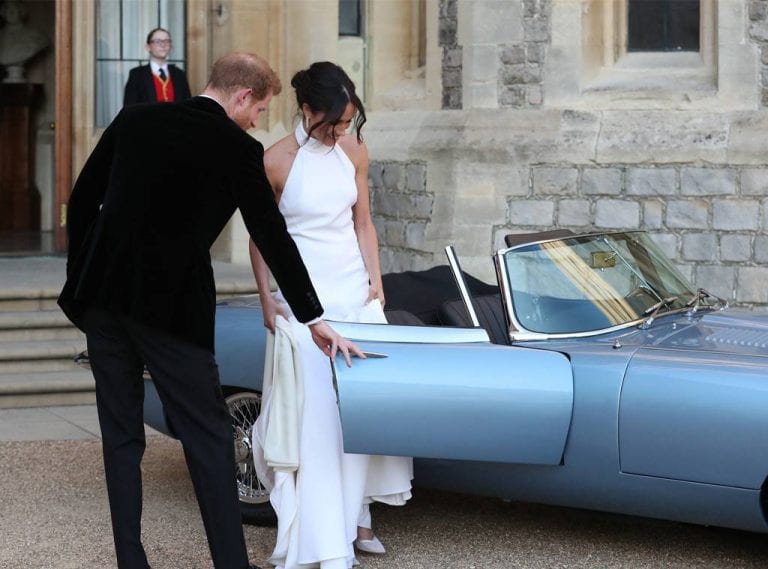 Prince Charles commented on the fact that he might be skipped for the throne: “Anyone of my age knows that days pass at a far greater speed than when they were young,” Charles recently told Vanity Fair. “But in my case, there are so many things that need to be done.”

Just as things got a little happier for the royal family, a recent revelation that William and Harry are planning to divide the House of Cambridge and the House of Sussex into two separate courts. Harry and Meghan will apparently live 25 miles away from Kensington Palace.

Some think that is because Kate can’t stand that Meghan is now at the center of the attention and that the feud between Kate and Meghan is ripping the two brothers apart.

But, this all might be just gossip. “People who are often saying, ‘Well, is she jealous of Meghan?’ She’s really not,” said Vanity Fair’s royal correspondent Katie Nicholl. “Kate is happier in her life now that she ever has been. She has everything she wants. She has William, she has three beautiful children…she is where she always wanted to be.” 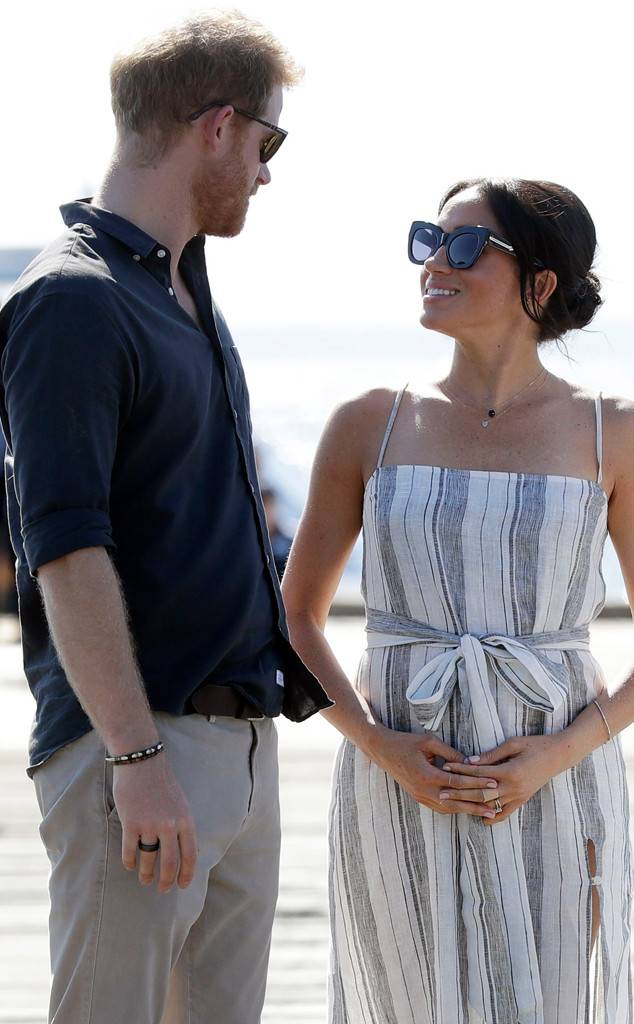 This could simply be happening because William and Harry are on different paths in their lives. William will be King one day, and Harry is on his path as a humanitarian. Harry also doesn’t want his kid to grow up like he did, caged inside palace walls, and Meghan and Harry “want their children to grow up in as normal an environment as possible.”

No matter what is happening between the royal wives, they still hold family dear. Kate is even excited for the new baby to come, saying, “It’s such a special time to have little kiddies and a cousin for George and Charlotte and Louis! It’s really special.”

To dismiss the feud gossip, and insider shared that the four of them will be once more signing on for Christmas at Sandringham.  “They really loved Christmas and all had a wonderful time,” a source told People of last year’s events. “I think the two women got on—they are definitely not best friends, but it was a really special time for them all to spend together.” Kit Harington is leaving behind ‘Game of Thrones’