Celebrities go a bit extreme when it comes to choosing a perfect engagement ring for their other halves, and they don’t regret spending hundreds of thousands of pounds to show their love.

If you scroll down, you’ll see the most iconic ones we chose. 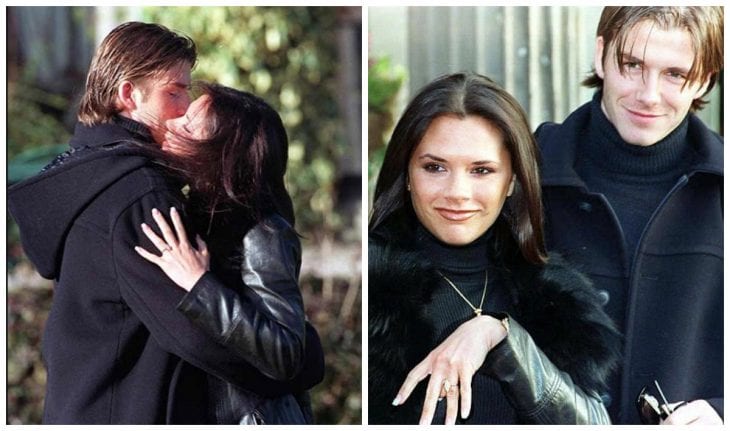 When David Beckham proposed to the Spice Girls singer Victoria in 1998, he bought her a marquise-cut diamond ring, which reportedly cost £65,000. However, that wasn’t the only one. Victoria has a collection of 14 engagement rings, from which she bought some herself, and some were given to her by David. 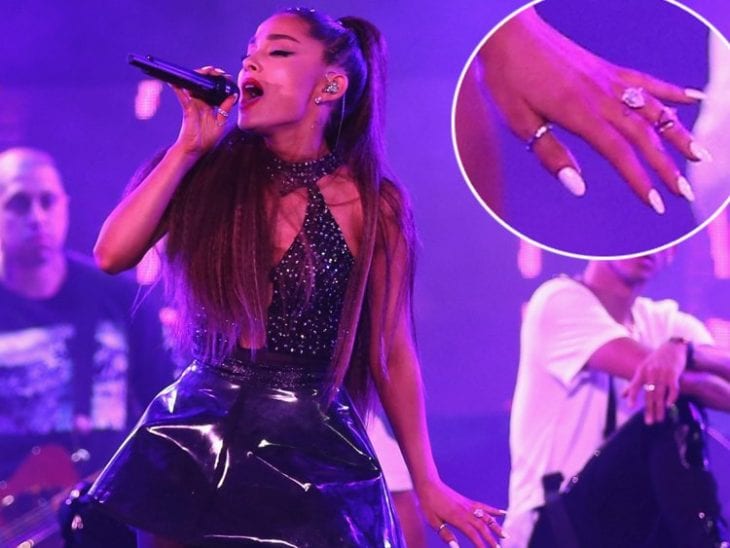 When Ariana and Pete Davidson were dating for just a few weeks, he reportedly bought her a $100,000 engagement ring. He asked the NYC jeweler Greg Yuna to make the pear-shape ring, with a three-carat diamond. Sadly, the couple called off their engagement after some time. 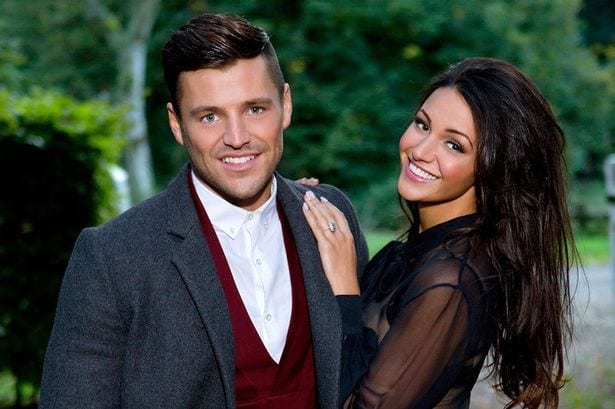 Mark Wright went on one knee when he and Michelle were on vacation in Dubai. Michelle showed her stunning diamond ring in one of her interviews. The couple got married in 2015. 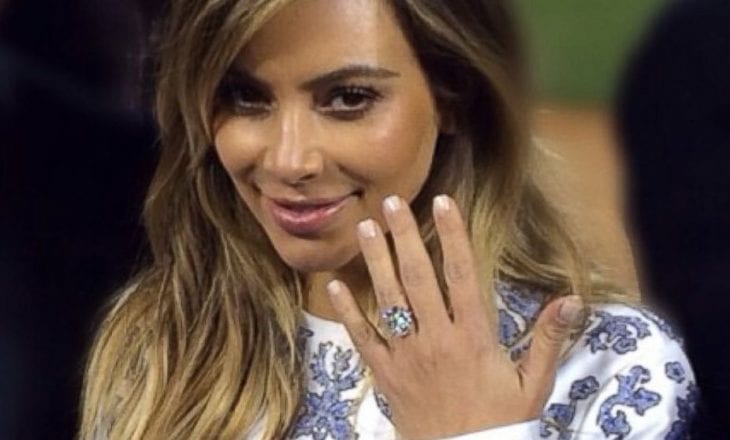 Kanye West surprised Kim on her 33rd birthday. He hired out the AT&T Park stadium in San Francisco and gave her a 15-carat diamond ring that was created by a celebrity jeweler Lorraine Schwartz. The proposal happened in front of her family and friends, and allegedly there was also a 50-piece orchestra playing a song Young and Beautiful by Lana Del Ray. 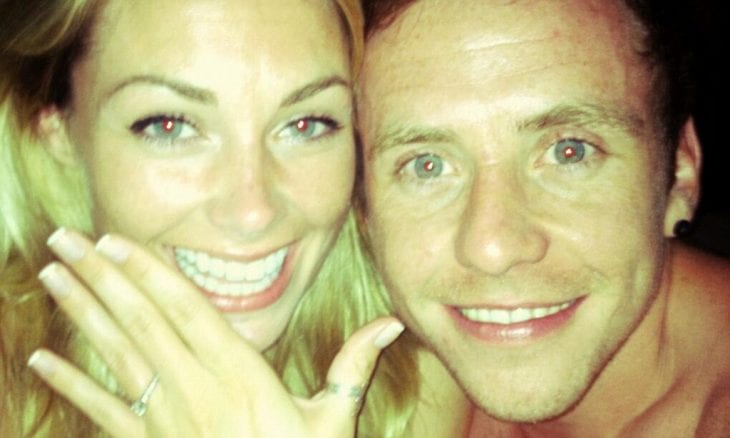 In 2013, McFly star Danny Jones announced his engagement with his long term girlfriend Georgia Horlsey. He posted a picture of them on Twitter in which you can see her gorgeous diamond ring. 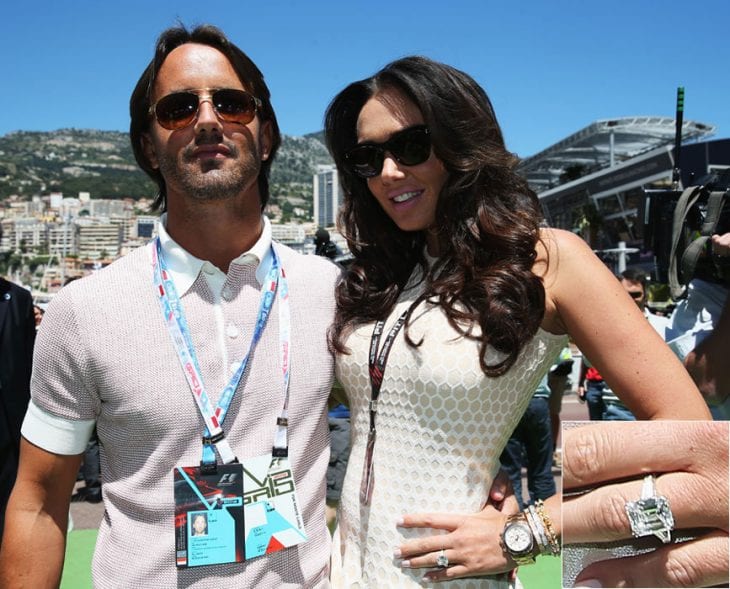 Tamara and her husband Jay Rutland got engaged in February 2013, only a month after they first met. 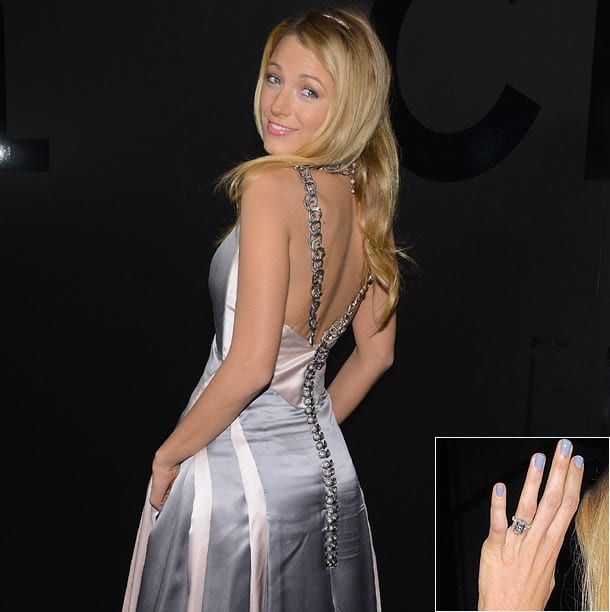 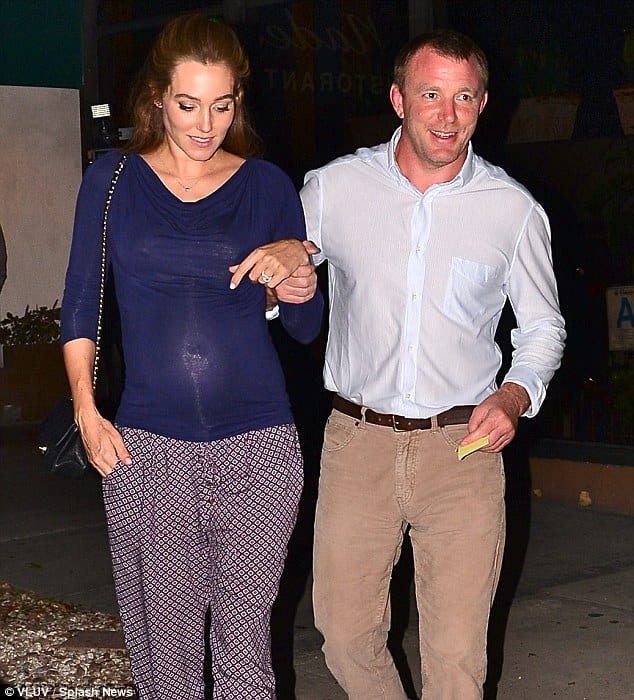 This model got a ring that features 100 tiny diamonds that sparkle around a large central stone only a year and a half after she started dating Guy Ritchie. 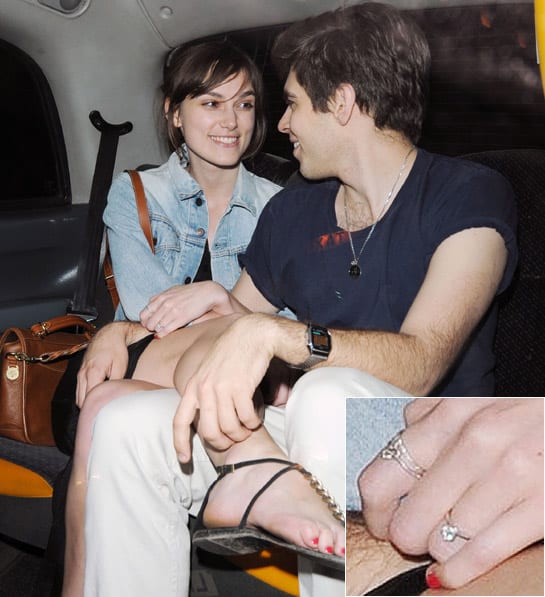 James Righton chose a simple and elegant ring for his fiance. It has a single circular diamond set into a thin gold band. The couple got married in 2013 in south France. 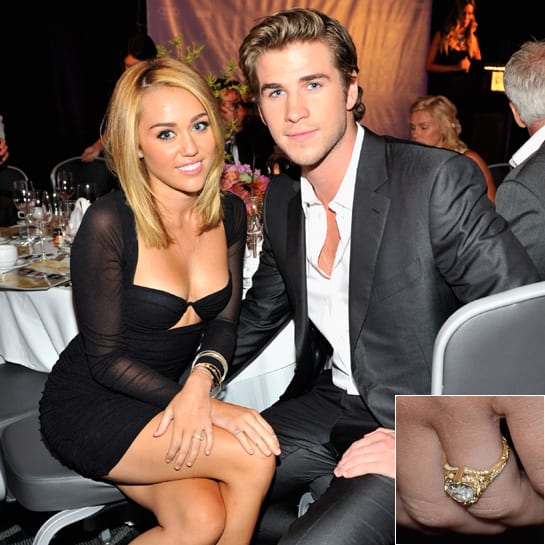 The actress and singer told the fans that her dreams came true after Hunger Games star Liam Hemsworth went down on one knee in 2012. The ring was created by Neil Lane jewelers, made with 3.5-carat cushion-cut diamond. 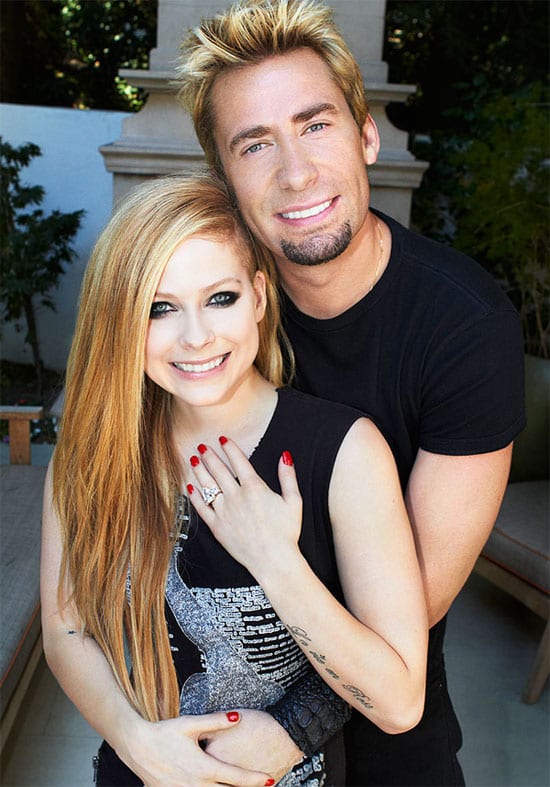 Chad Kroeger proposed the singer with a dazzling 14-carat diamond engagement ring. He personally designed it with the help of a jeweler Caryn Alpert. The couple’s romance started when they wrote a song together, and they got married in 2013. However, they divorced two years later. 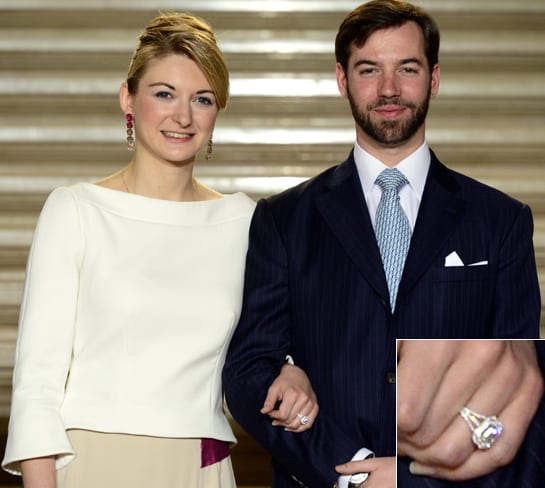 Prince Guallume of Luxemburg proposed the future princess with a dazzling emerald-cut diamond. 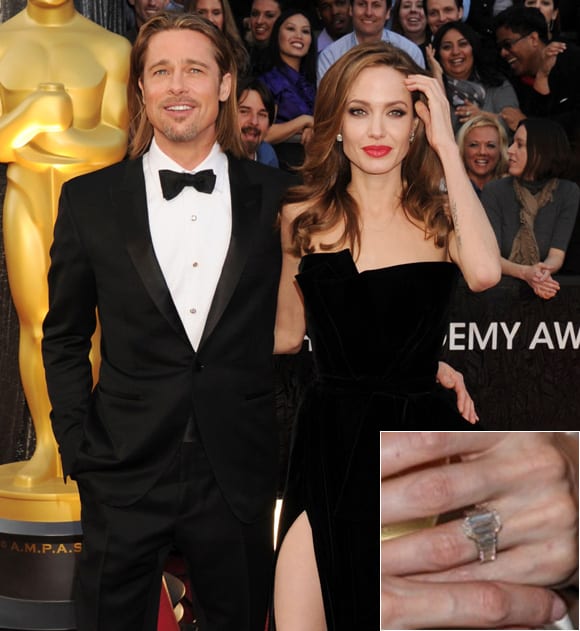 Brad Pitt spent a year designing a perfect ring for Angelina. It has a diamond of finest quality and is cut to an exact custom size to fit her hand. 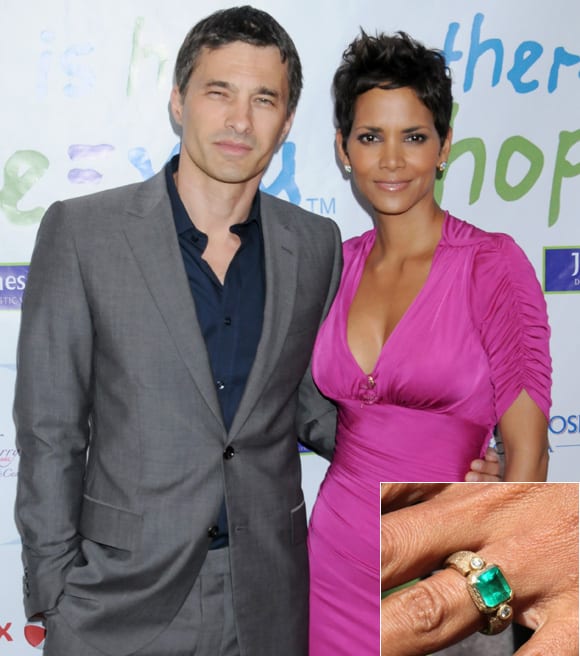 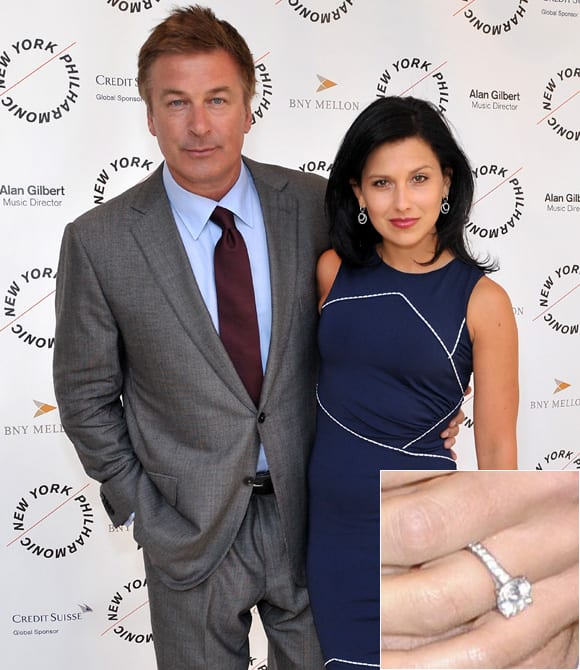 Hilaria and Alec Baldwin became engaged only nine months after they first met. She got a ring that has a square-cut diamond set on a diamond-covered band. 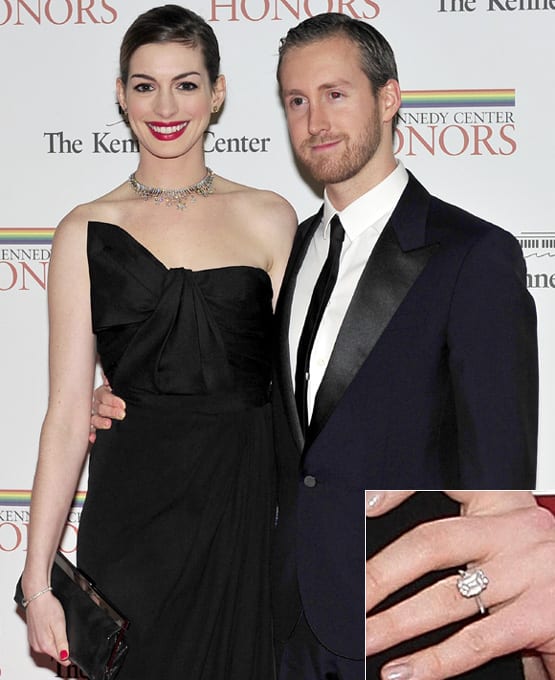 Actor Adam Shulman gave Anne an emerald-cut ring that is placed on a thin diamond-studded band. It was designed by Kwiat jewelers, whose diamonds have a certificate proving they are conflict-free. 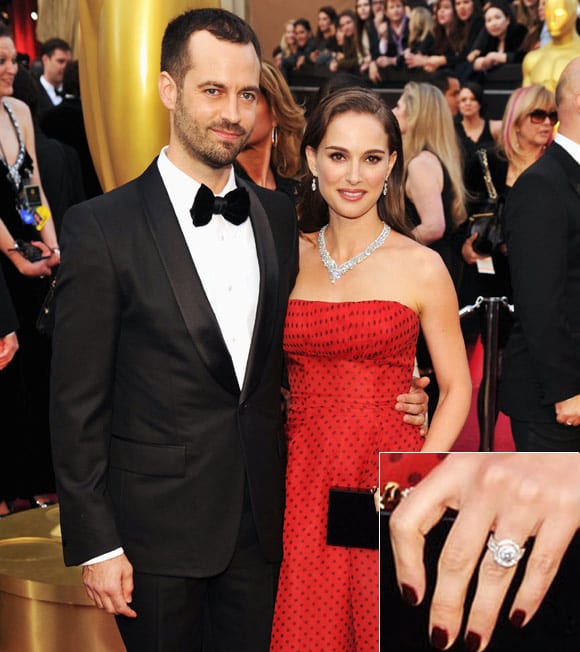 Natalie’s husband, Benjamin Millepied designed a ring for his eco-friendly wife. The ring included recycled platinum and an antique diamond center stone that was taken from a conflict-free mine. 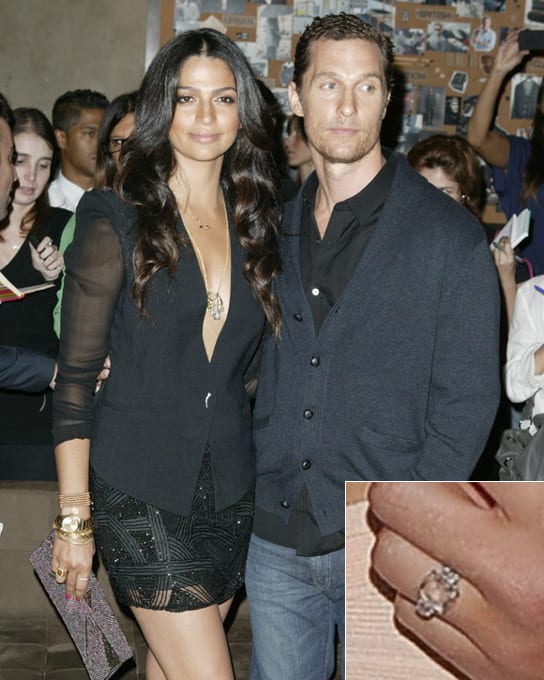 Camila’s boyfriend did something special. He proposed to her on Christmas morning 2011. The model got a rose cut diamond ring. 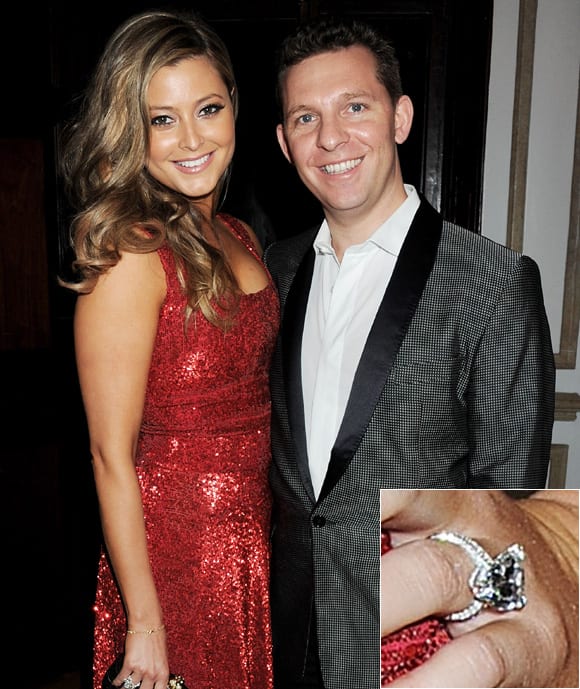 Nick Candy took Holly’s breath away when he presented her a pear-shaped eight-carat diamond ring. 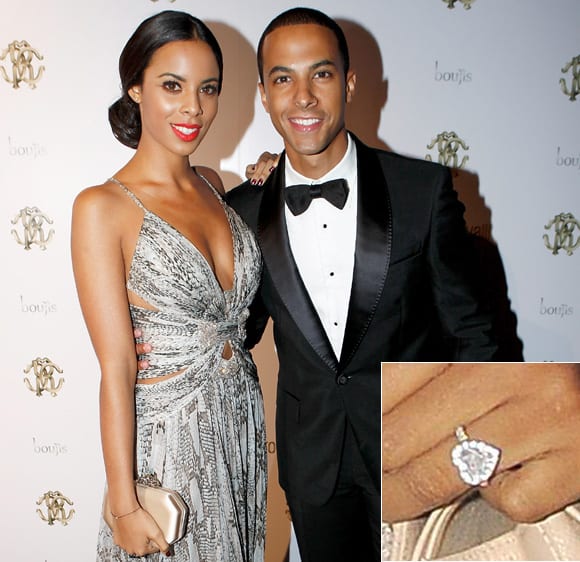 Marvin Humes spent £45,500 on a ring which he gave his girlfriend during their holiday on the Carribean. The ring has a heart-shaped diamond. 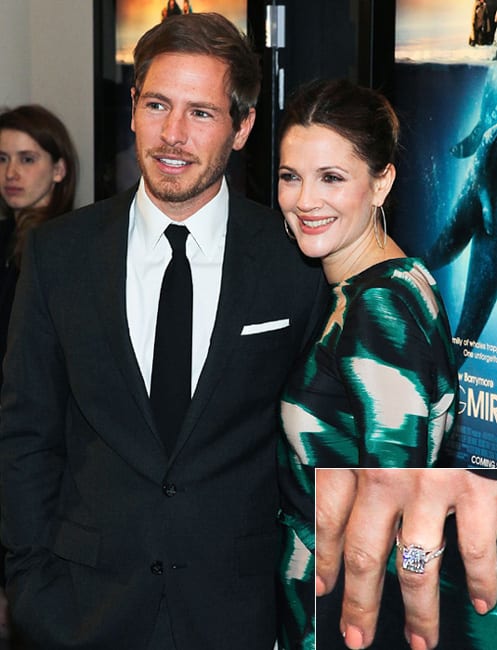 Will Kopelman picked a colorless radiant-cut diamond ring that weighs just under 4 carats. It was designed by Graff Diamonds. 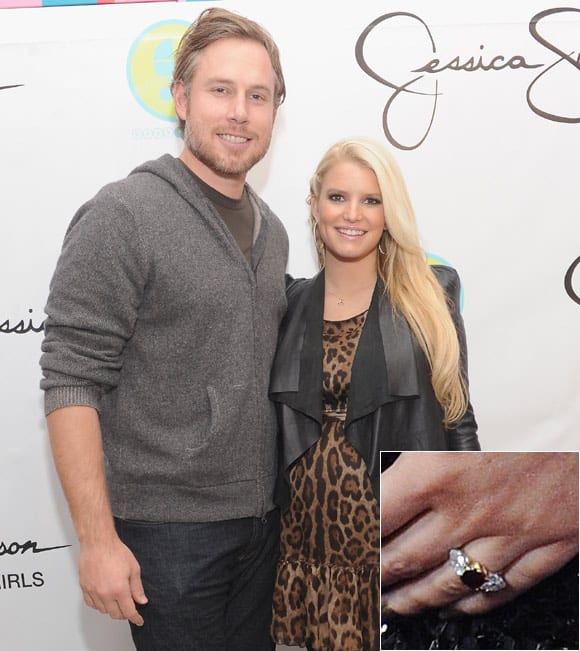 Jessica and her husband Eric Johnson were dating for only a few months before he proposed. He presented her with a three-stone ring that features a central ruby and two diamonds. 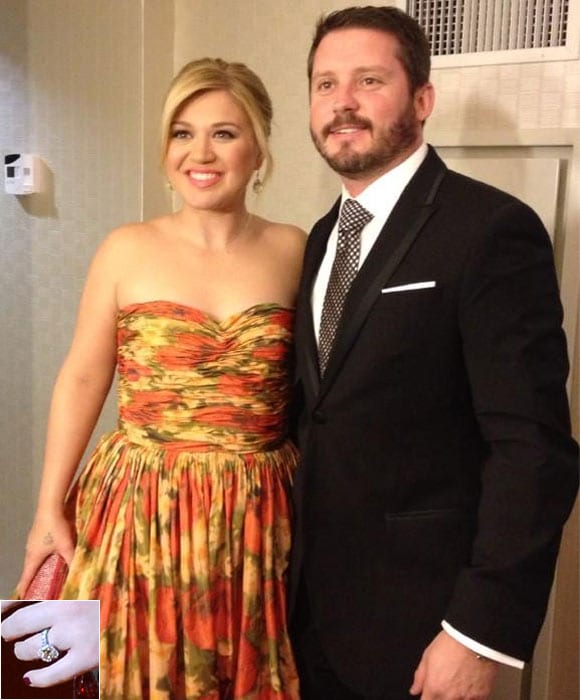 Kelly said “yes” to the manager Brandon Blackstock in 2012, after he presented her with a yellow canary diamond ring.

5 Unique Ways to Drive More Traffic To Your Blog