Celebrities’ love lives before they were famous

People tend to forget that celebrities had a life before they became famous. Not only that, but they led pretty normal lives, dating ordinary people. Sometimes, a couple of aspiring actors or singers would break up and later both of them would reach stardom and for some reason, we find those stories fascinating. Here are some of them. 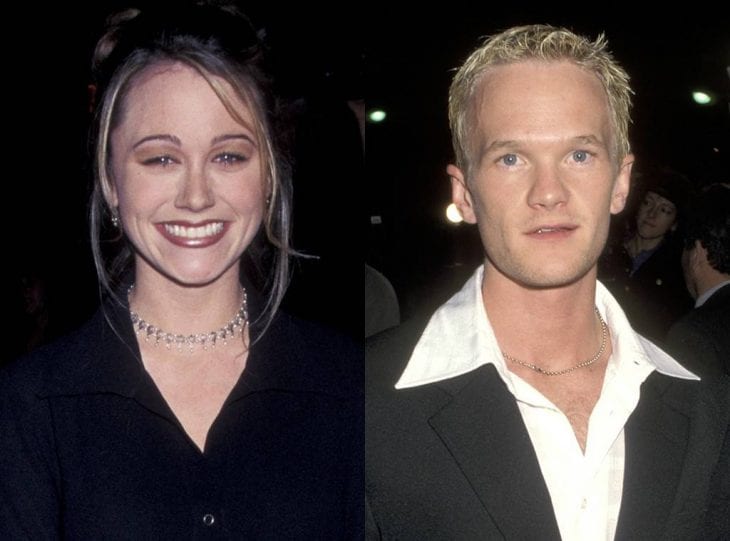 Christine Taylor apparently helped Neil Patrick Harris that he is gay. He said in an interview: “She’s the coolest, nicest chick ever. She’s an absolute catch,” he said, “and I thought, ‘If I’m not going to feel the super sparks with her … it probably means I’m gay.”

As it were, he didn’t feel sparks for Christine and the rest is history. 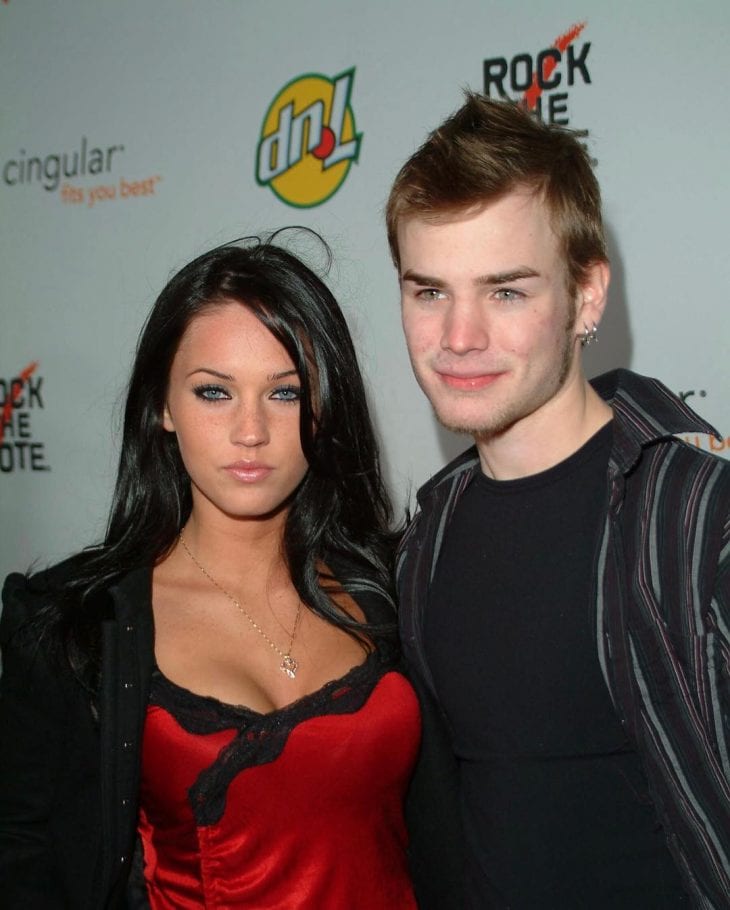 Another teenage love, David Gallagher and Megan Fox dated when he was 18 and she 17, long before she became famous. Gallagher was already well-known for his part in 7th Heaven, where he played the role of Simon Camden. 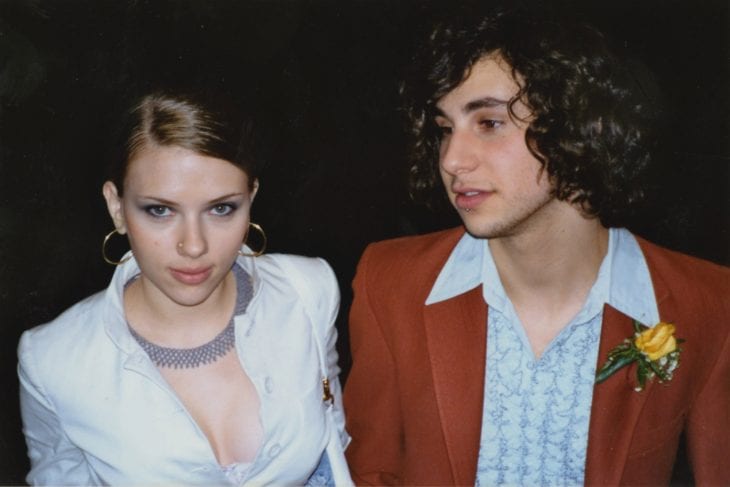 While they were both attending Professional Children’s School, a high school located in elite Upper West side of New York, Scarlett Johansson and Jack Antonoff were an item. The couple even went to the prom together but broke up shortly after graduation. Antonoff and his friends think that Scarlett’s obsession with Hollywood was to blame for ending their relationship. One of their classmates later said: “When we were in high school, Jack was absolutely obsessed with her, and she broke his heart,” adding, “They broke up shortly after graduation … She got swept up in the Hollywood scene.” 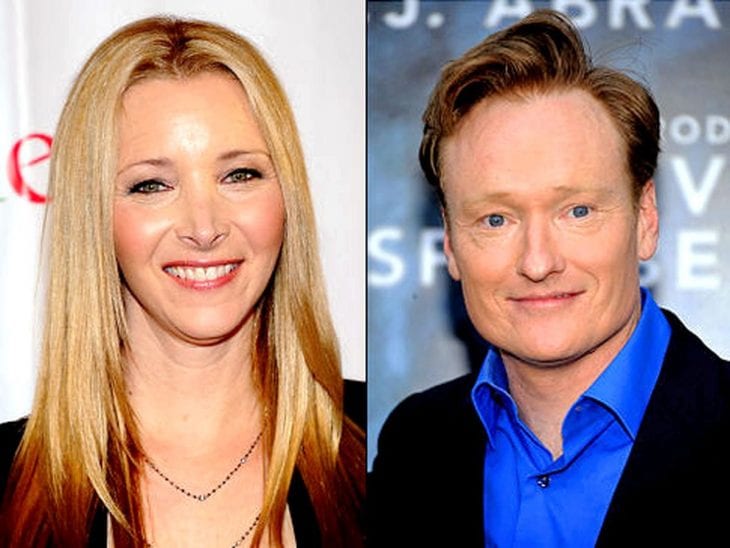 Before Friends and Saturday Night Live, Conan O’Brien and Lisa Kudrow tried dating for a while, but they concluded they function much better as just being friends. She credits Coco for encouraging her to stick with improv classes she was taking but wasn’t really happy with.

“He was really smart, really funny, and he thought I was funny,” Lisa said in an interview for More magazine. Remembering improv, she added, “I was embarrassed. Everyone was trying too hard.” But Conan was very supportive and she eventually got her break as Phoebe in Friends. She returned the favor when he was first considered for the host of Saturday Night Live: “I was very encouraging. I remember saying, ‘If Letterman’s leaving his late-night show, he’s irreplaceable. So better it be someone we don’t know at all.’ So I thought he should look into it.” 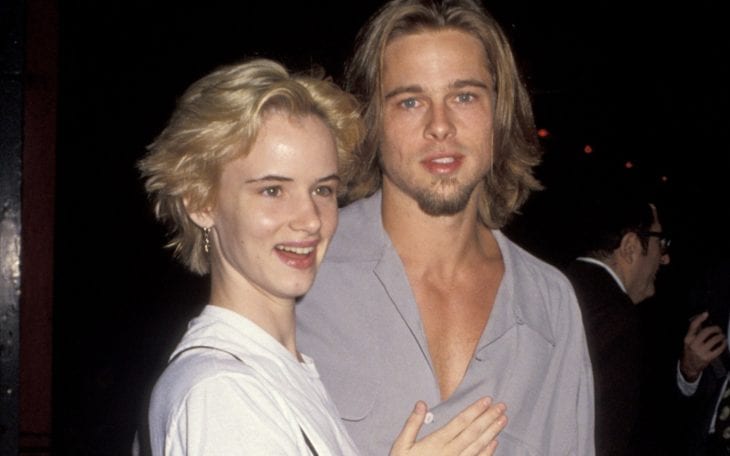 When Juliette Lewis was in high school, she dated non-other than Brad Pitt, fulfilling a fantasy of millions of teenage girls around the globe. She said for Daily mail: “It amazes me that people are still fascinated that we went out for four years. I was a teenager at the time. It’s a lifetime away. I was in my high school years and it was a wonderful, loving relationship with a fun, smart guy. Then it was over and he went on to become incredibly famous.”

Bred is also fond of that memory: “I still love the woman. There’s some real genius there. I had a great time with her. … It was one of the greatest relationships I’ve ever been in. The problem is, we grow up with this vision that love conquers all, and that’s just not so, is it?”

Judging from how his and Angelina’s relationship ended, we tend to agree with him. 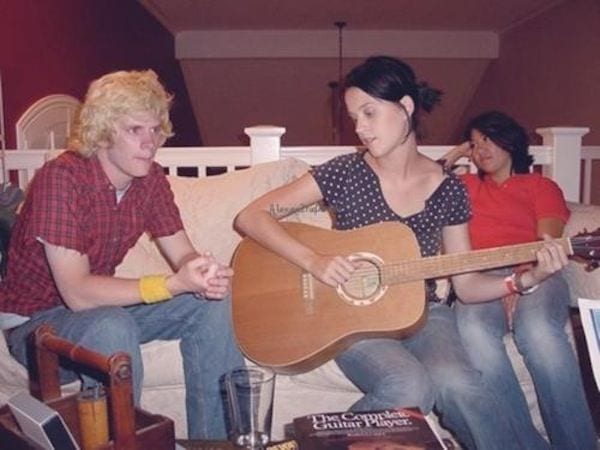 Matt Thiessen revealed for E! News that he dated Kate Perry back when she was an unknown singer: “I used to date her back in the day for a couple of years. But we’re still really good friends. We’re not too close, but yeah, she’s a great person. While I was working on this Owl City stuff, she was hitting the cover of Cosmo. And then, all of a sudden, it’s a couple months later and he’s charting and radio success and all this stuff. And I’m like, that’s really cool. Two of my friends have just become really popular in a short amount of time.”

The couple even wrote a song together, recorded by Kelly Clarkson. 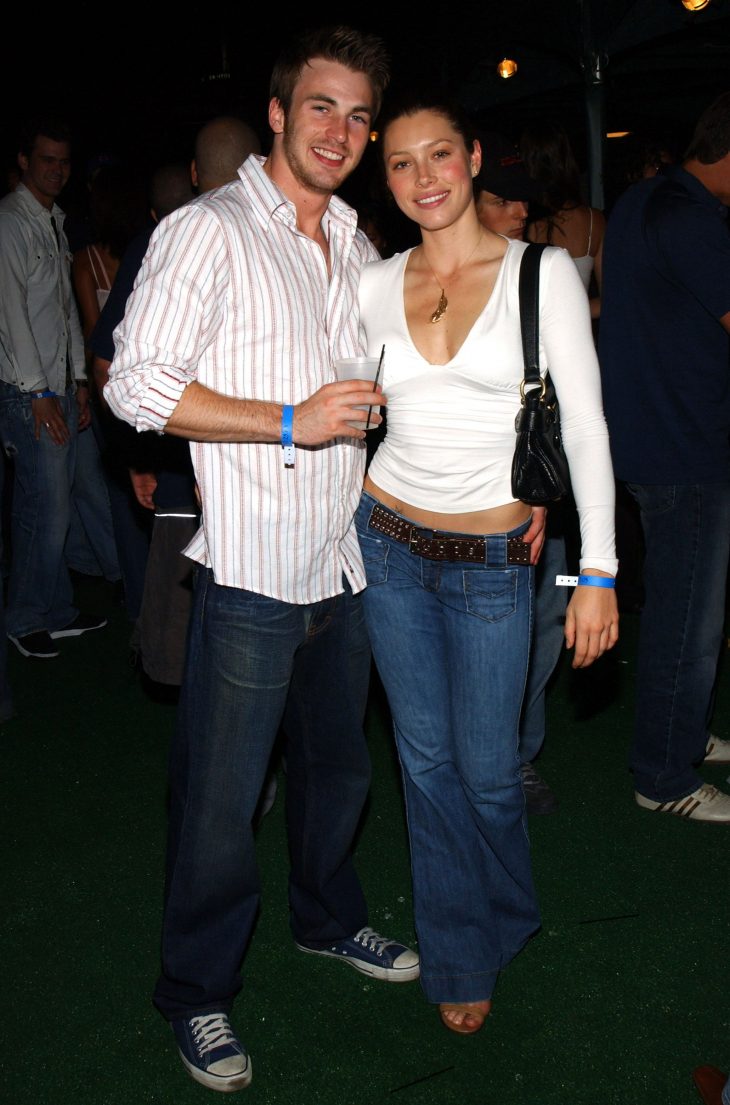 Chris Evans and Jessica Biel dated for five years. This was long before he became Captain America, while Jessica was a star of 7th Heaven. Their relationship wasn’t heavily publicized, but they clearly had been in love, at least according to her: “When I turned 21, I actually awoke to find my bed covered in rose petals. In the middle of the night, he had pulled apart at least 24 roses in all different colors and sprinkled the petals everywhere. He’s definitely a keeper.” 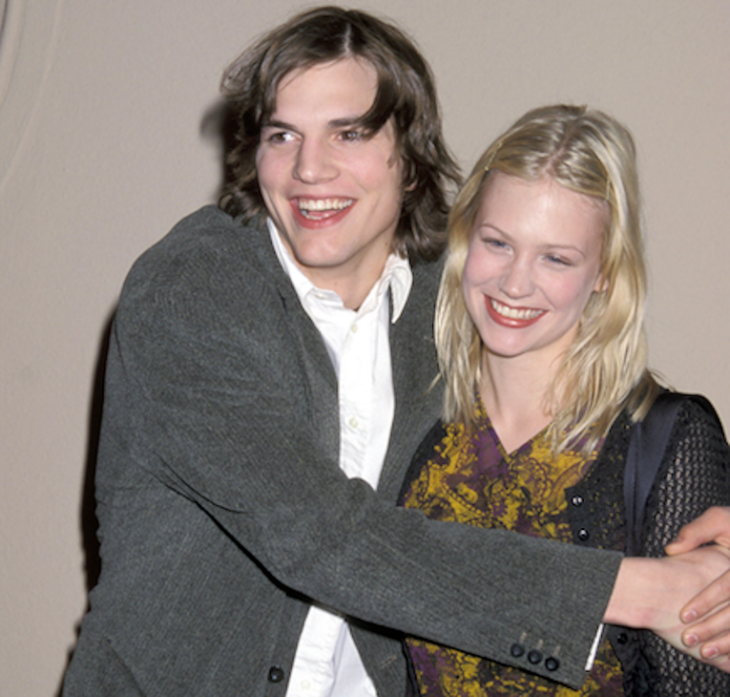 In an interview for E! News, after she became known as Betty Draper from Mad Men, January Jones complained about an ex-boyfriend who didn’t really like her acting. She said, “He was like, ‘I don’t think you’re going to be good at this.’  So — f**k you! He only has nice things to say now — if anything, I should thank him. Because the minute you tell me I can’t do something, that’s when I’m most motivated.”

Years later, somebody put two and two together and suggested that the boyfriend in question may very well be Ashton Kutcher and asked her: “January, have you ever talked to Ashton Kutcher since he said you couldn’t act, and what do you think about his acting skills?” Jones replied, “Ooh, ouch … I said that someone I had dated previously wasn’t encouraging of my acting — not that I couldn’t. I don’t know if that person had ever actually seen me act, but the person who wrote the interview did the math and thought it might be him, so I never really said who it was.”

She did have to say this about Ashton: “I haven’t talked to him, but I’m super happy for him and his family, to be political and all that.” 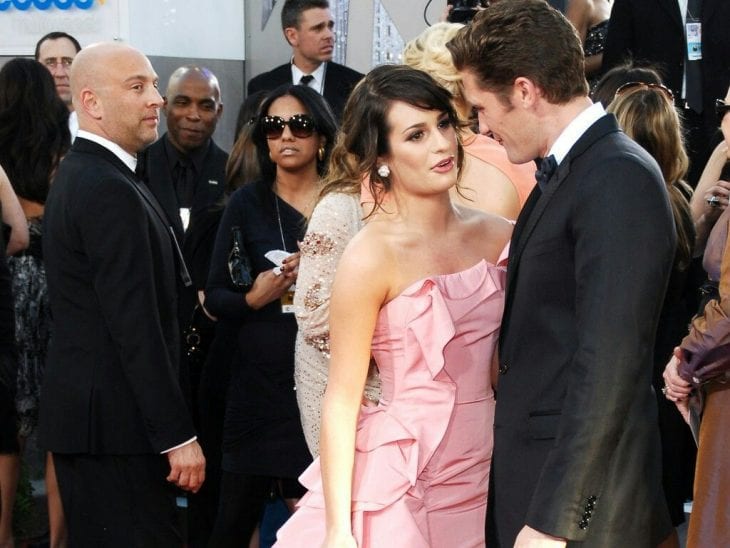 Two of Glee stars, Matthew Morrison and Lea Michele dated for a short period when they were both aspiring young actors making a Broadway debut. “When we shot the [Glee] pilot, I met Cory Monteith, Kevin McHale, Amber Riley, and Chris Colfer for the first time,” adding, “I had worked on Broadway with Jenna Ushkowitz and Matthew Morrison before. Matt had been a friend of mine for years, and in fact, we’d actually dated back in the day for a Broadway beat.” 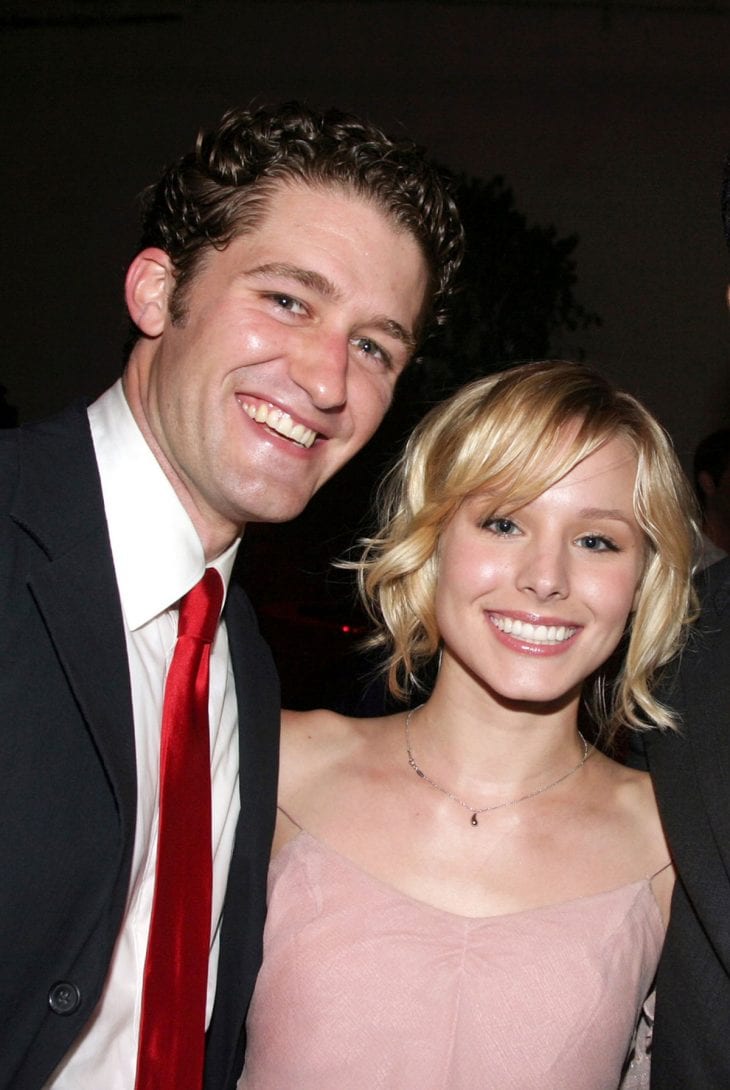 Michele wasn’t the only star Morrison dated before she became famous. He also had a thing with Kristen Bell who said in an interview for Us Weekly: “I actually went to college with Matty Morrison.” She continued, “We actually dated very briefly, so I’ll have to say maybe Matt Morrison is my favorite part of Glee for various reasons.” 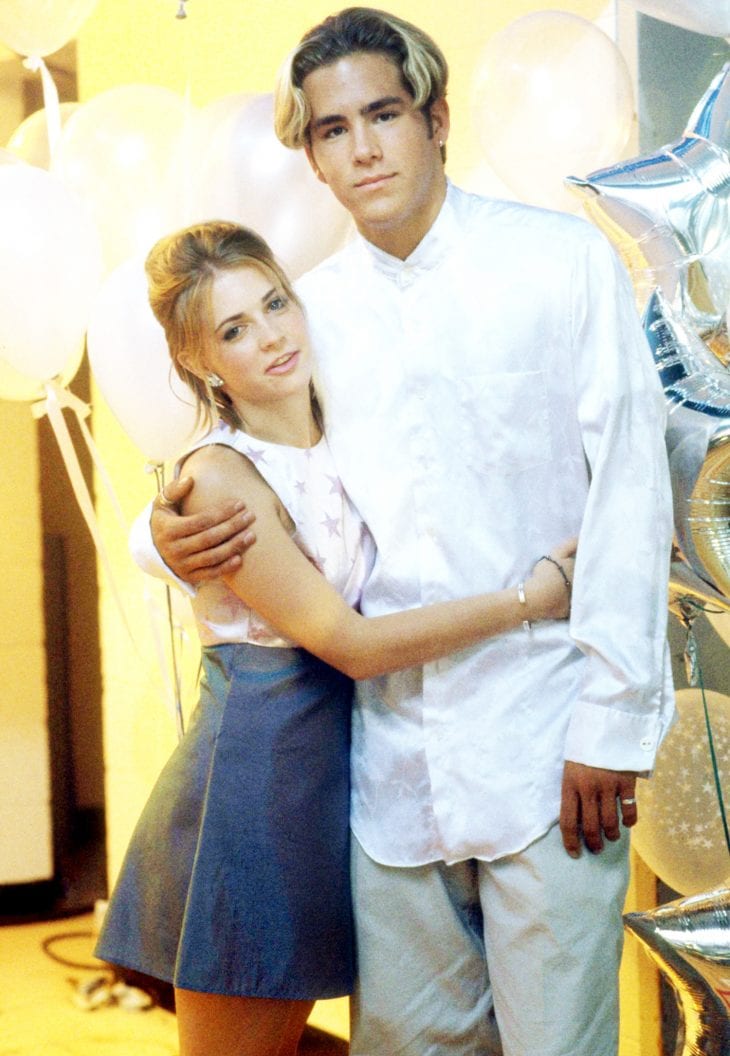 When he was just 17, Ryan Reynolds tried to seduce then-star of Sabrina the Teenage Witch Melissa Joan Hart by gifting her a Beluga watch. Melissa remembers the event: ‘You’re too young for me.’ … I wasn’t sure so I just grabbed him and started kissing him. You get a piece of jewelry like that, you gotta make out with the guy!”

Nothing came out of it since she had a boyfriend at the time, but Melissa seems to have some regrets about it: “He was sweet — he was very sweet. … We were smitten and cute.” She added, “[Reynolds] probably would have been a great boyfriend, and I didn’t end up with the other guy, so maybe I should have taken a chance.” The first relationship Reese Witherspoon had when she moved to Los Angeles was with Chris O’Donnell. E! did a piece about it, but not much is known about it. The couple was together just for a few months before they broke up. 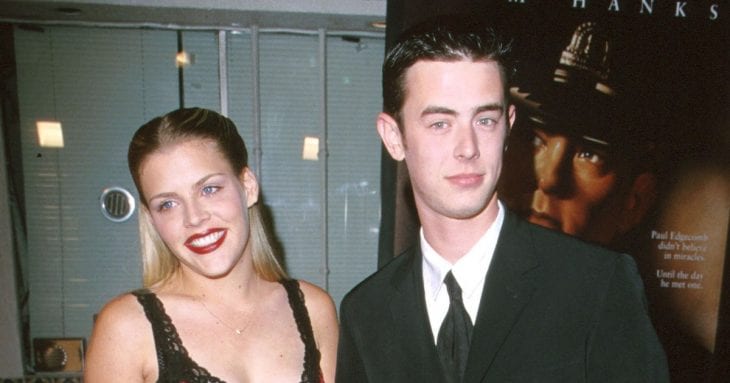 During their college years at Loyola Marymount University in the 1990s, Busy Philipps and Colin Hanks were dating. To this day, they remained close friends, as testified by Phillips: “He was my college boyfriend!” she said. “We are very very close friends now — his wife and I are very tight, he and my husband hang out. We go on vacation together.” 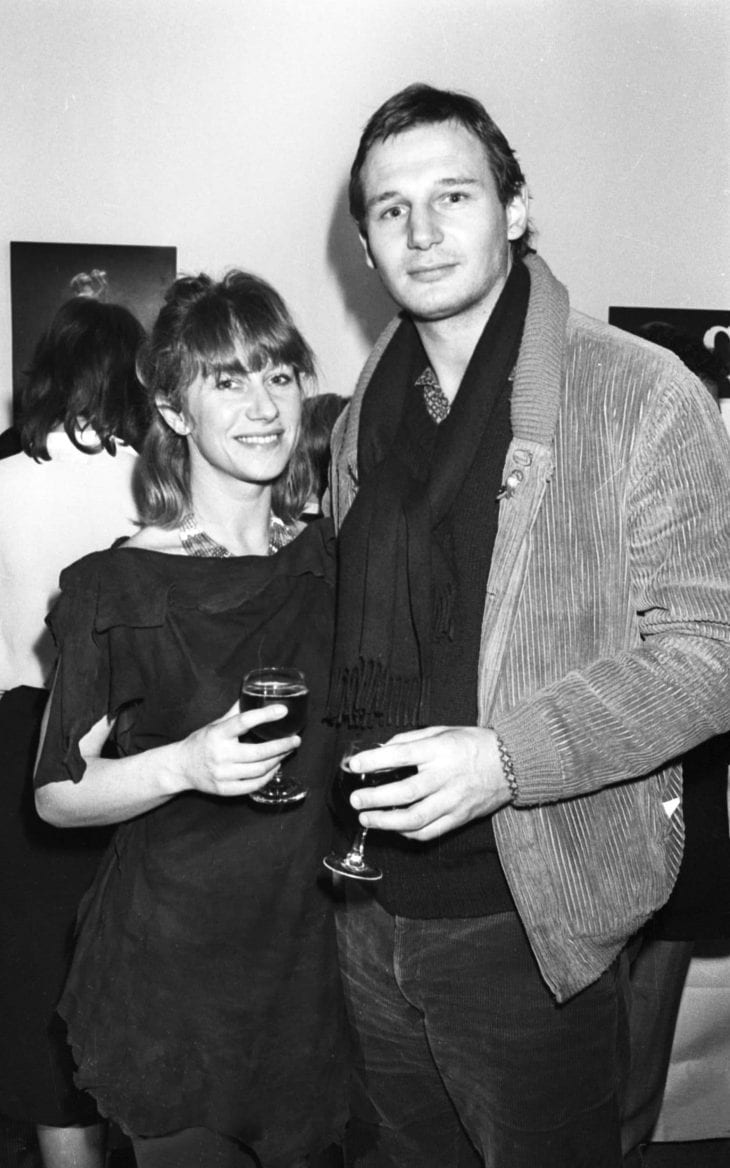 During one of their appearances on Graham Norton Show, Liam Neeson and Helen Miren revealed to the audience that they were dating at one time. Not only that, but the couple apparently lived together for four years, making their relationship a serious matter. Neeson shared his memory of their first meeting during the filming of Excalibur back in the 1980s and how he was completely smitten by her.

Which Member of the Royal Family Is the Biggest Spender?

4 Simple Tips to Save Money Cleaning Your Home