One of the films that made its debut at the Cannes Film Festival this week is “The Paperboy,” starring Nicole Kidman, Matthew McConaughey, John Cusack, and Zac Efron. The film is based on Pete Dexter’s 1995 novel of the same name, and is about a reporter (McConaughey) investigating the wrongful conviction of a creepy inmate (Cusack). Kidman plays a woman who is super horny for Cusack’s character, while Efron plays McConaughey’s brother, and somewhere along the way, Efron’s character gets stung by a jelly fish and Nicole pees on him. Apparently, the movie is getting panned by critics, but I think it sounds worth seeing for the pee scene alone. “This is a movie that often seems to be missing important transitional scenes or specific inserts,” wrote New York magazine’s Kyle Buchanan in his review, “but you had better believe that when Nicole Kidman pees on Zac Efron, that camera is there.” Also:  “Yes, you get a close-up of the stream.” Awesome. [Dlisted; NYMag.com] 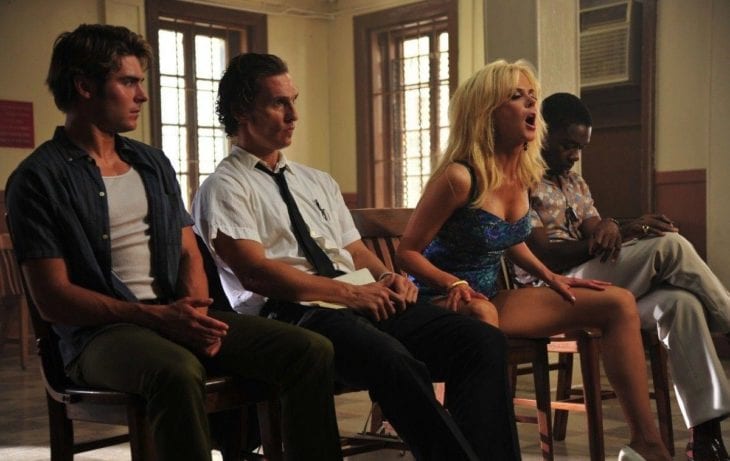 The Soapbox: Why Lolo Jones’ Reason For Staying A Virgin Infuriates Me