No Love for Meghan and Harry This Christmas. Their Photos Are Missing From Queen’s Office

Every year, just before Christmas, Queen Elizabeth presents her Christmas speech. As a true leader, she talks about the previous year and welcomes the New year. Also, Elizabeth wishes everyone all the best. In 2019, she did the same.

This year, she issued Christmas speech on Monday, reflecting on a ‘quite bumpy’ 2019 for the entire royal family. As usual, the Queen looked extremely elegant in her well-recognized regal royal blues. For this speech, Queen Elizabeth sat calmly behind the royal working desk.

Merry Christmas! This year The Queen's Speech was filmed in the Green Drawing Room at Windsor Castle. It will be broadcast on Christmas Day at 3pm GMT. This year also marked the 75th Anniversary of D-Day and in The Queen's Christmas Speech Her Majesty will reflect on the commemorations. "For the Seventy-Fifth Anniversary of that decisive battle, in a true spirit of reconciliation, those who had formerly been sworn enemies came together in friendly commemorations either side of the Channel, putting past differences behind them. . "By being willing to put past differences behind us and move forward together, we honour the freedom and democracy once won for us at so great a cost.” Watch The Queen's Christmas broadcast on TV, radio and online here tomorrow at 3pm GMT.

What got people’s attention were photos perfectly lined up on the desk. However, although it was easy to spot famous royal faces, three of the royal members ‘were absent.’ Prince Harry, Meghan Markle, and their son, baby Archie are nowhere to spot in the family photo line.

The absence of their photos is, at the moment, the least of Harry’s and Meghan’s worries. At the moment, the famous couple is dealing with their scandals, which include a reported separation with Harry’s older brother, William. 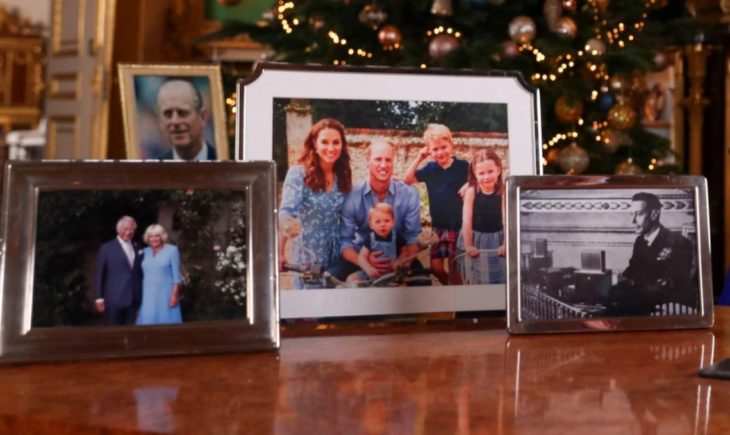 Harry’s and William’s overall relationship is still one of the hottest topics in tabloids.

Something is definitely shady with The Sussexes and the rest of the royal family. Just last year, the Queen proudly displayed two images of Markle and Harry – an official wedding portrait. 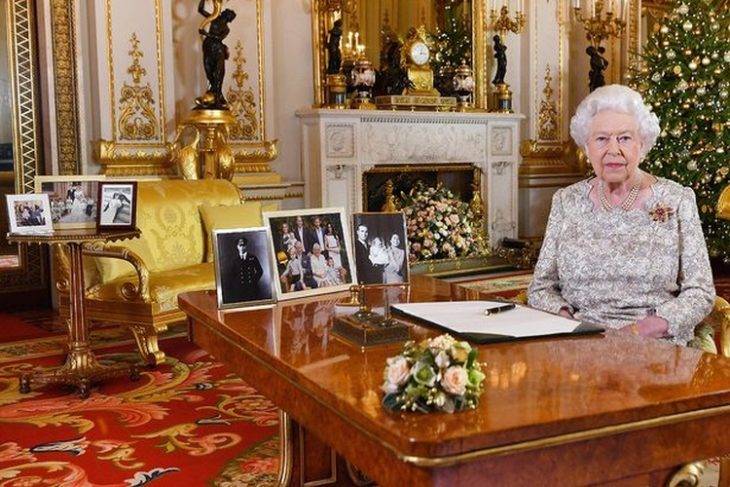 Royal representatives are claiming that they don’t know if this ‘photo oversight’ is indeed an oversight or only a clear message.

Nowadays, Queen Elizabeth is active on social media, especially Instagram. A royal persona has to be trendy, right?  She even posted her Christmas’ speech’ on Instagram. Also, Queen is on the hunt for a perfect social media manager who will follow her and help her gain followers and showcase the Queen’s everyday life. Weekends are free and perks are, we guess, unlimited.

Catherine Zeta-Jones and Her Family Portrait