Places You Must Visit in the United Kingdom in 2022

United Kingdom is an island country located in the northwestern part of Europe and consists of England, Wales, Scotland and Northern Ireland. Having a rich history, the United Kingdom today is the hub of scenic beauty and cultural heritage. The country is full of beautiful beaches, castles, lakes and highlands which makes it one of the most preferred travel destinations. The small size of the country makes it very easy for travelers to commute from one place to another. So if you’re planning to visit the United Kingdom anytime soon, make sure to visit the following famous places. 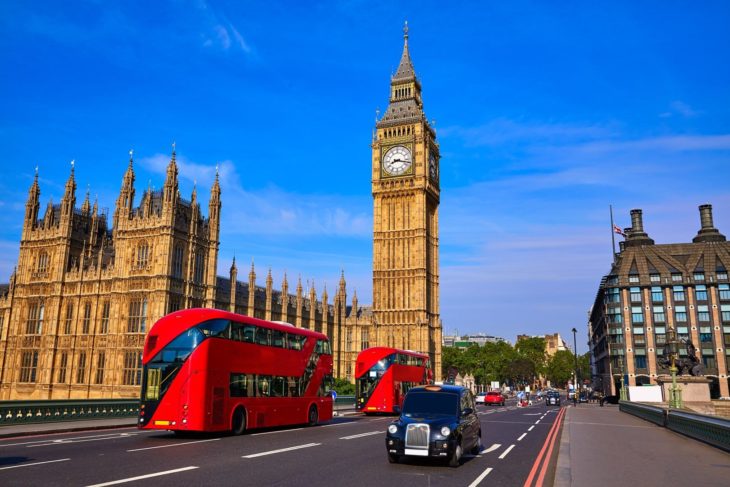 London is visited by a large number of tourists every year who flock to see Big Ben. The name of the structure is due to the Great Bell of the clock tower which is known for its accurate time. It is situated at the north end in the Palace of Westminster along the banks of River Thames. It is deemed to be a cultural symbol that represents the country as a whole. Designed by Augustus Pugin, the Big Benis about a hundred meters tall and has been declared as a World Heritage Site by UNESCO. Its architecture is based on a neo-Gothic style having three hundred and thirty four limestone stairs leading to the top of the tower. Just next to Big Ben is Westminster Abbey, the place where the royal weddings take place, which is also worth a visit. 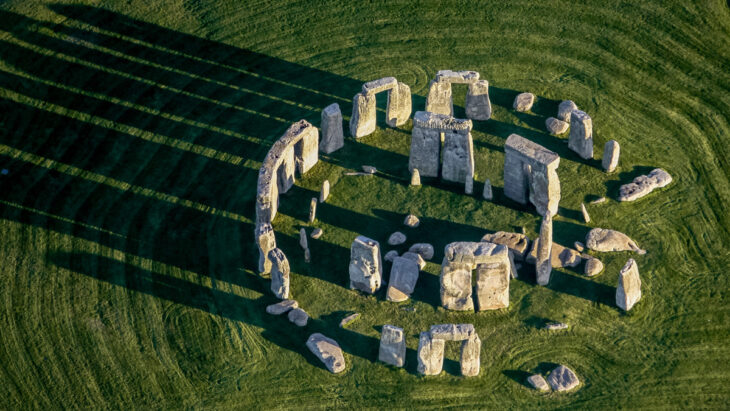 The prehistoric monument of Stonehenge is located in Wiltshire, England. The structure and its surroundings form a part of the UNESCO World Heritage Site and is a must-visit for people who are interested in history. The structure consists of huge stones which are 7 feet wide and 13 feet tall arranged in the form of a circle. Historians believe that this structure was constructed in 3000 BC and is related to the mortuary and ceremonial practices in the Neolithic and Bronze Age. The Stonehenge with the historic Neolithic monuments surrounding it and the associated history makes it an important tourist place. If you’re visiting Stonehenge, make sure you visit Salisbury which is a medieval town located 16 km away from Stonehenge. Salisbury is home to beautiful churches and cathedrals built in the 1200s with their magnificent architecture still intact. 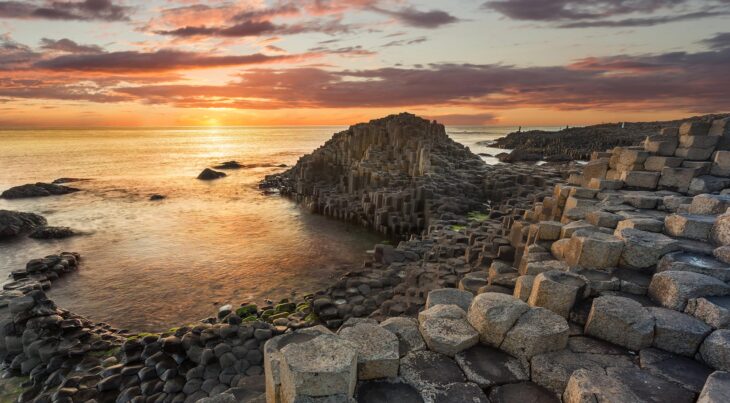 At the base of the basalt cliffs along the coast of Antrim plateau in Northern Ireland lies the Giants Causeway. One of the world’s exotic beaches, the Giants Causeway is made up of 40,000 huge black hexagonal basalt columns stacked vertically against each other. The unique rock structures were formed as a result of volcanic fissure eruption giving exceptional beauty to this place. The place has a very dramatic appeal owing to these massive columns and the splashing waves next to it. Legend has it that ancient giants used this causeway to travel from the sea to Scotland. Being a place of global geological importance, the Giant’s Causeway is a famous tourist attraction and a UNESCO World Heritage Site. You can find more information about exotic beaches across the globe on worlds-exotic-beaches.com for your vacation. 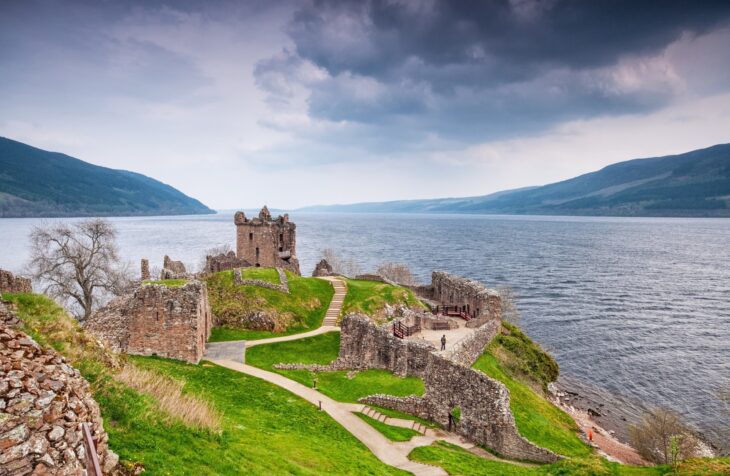 The Scottish Highlands are the most beautiful and picturesque place of the United Kingdom and the location for the shooting of the Harry Potter films. These mountains are covered with lush green foliage which turns a beautiful purple in summer due to the blooming of the Heather flowers. A lot of tourists go hiking, biking or trekking during the summer to take in the beauty of the purple ranges. Amidst the mountains is a spectacular freshwater lake which, legend says, houses a monster called Nessie. Overlooking the lake is the ruins of the Urquhart Castle which dates back to the 14th Century. Dotted with majestic waterfalls and castles, the Scottish Highlands truly represent the untouched beauty of nature.

The Old Town of Edinburgh 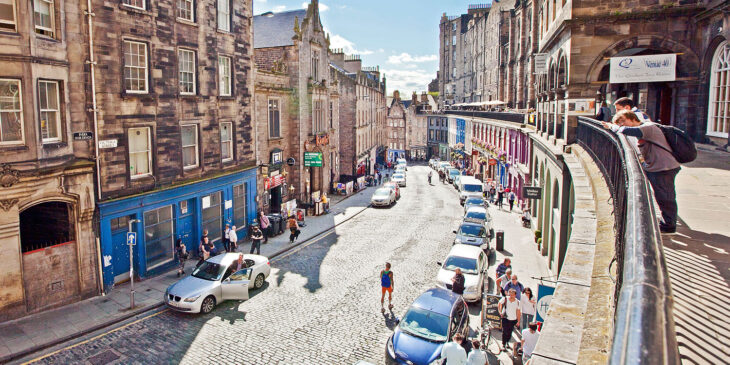 Edinburgh is the capital city of Scotland which was built during the Middle Ages. The city has a hilly terrain with the Edinburgh Castle sitting on top of an extinct volcano and overlooking the rest of the city. The castle has the crown jewels of Scotland and the Stone of Destiney which is worth a visit. The entire old town of Edinburgh represents the cultural history of the place with buildings, alleyways and forts which are almost a hundred years old. Royal Mile Street is popular among tourists for its traditional museums, restaurants, pubs, galleries and shopping centers and attracts a huge crowd, especially during the winter. 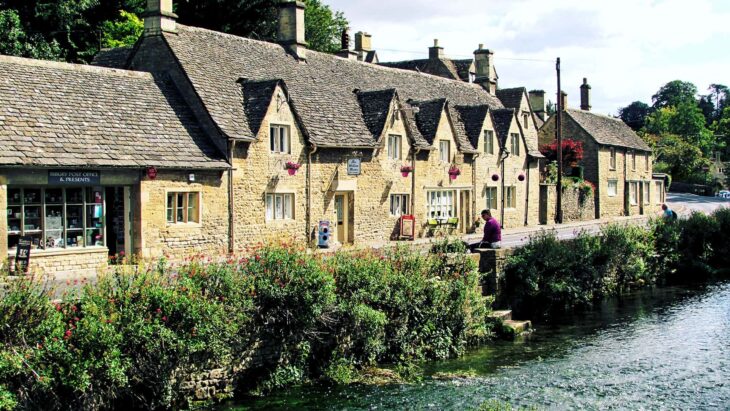 The most photographed part of the United Kingdom, Cotswold is full of pretty countryside landscapes and quaint English villages. Most people travel to this part of the country to experience the rural life of the English people. Surrounded by the Cotswold Hills which rise from the meadows, this place has clusters of small cottages made out of golden colored Cotswold stones which stand out in contrast to the green hills beyond. The historical towns are famous for their English markets and pasturelands which has made it a part of the outstanding natural beauty of England. Towards the northern side of Cotswold is the Lake District which has 12 large lakes. You can explore the Lake District on foot and visit the Windermere and Ullswater Lake which are the largest among the many lakes. Other places worth visiting are the Scafell Pike which is the highest mountain in England and the town of Grasmere.

A few other places that you can visit in the United Kingdom are The London Eye, Roman Era Bath, Windsor Castle, Wye Valley, London Bridge, Medieval York, Canterbury and Kent, Buckingham Palace, Hyde Park, Trafford Center, River Thames, Dunluce Castle and the North Norfolk Coast. The United Kingdom is not a very large country but it is full of breathtaking landscapes, beautiful islands, and amazing attractions along with a rich cultural history. It’s a place which has a little of everything. You should visit the United Kingdom if you want to experience nature’s extravaganza.

7 Tips for Optimizing Your Running for Weight Loss – 2022 Guide