Princess Diana Would Be Proud of Her Daughters-in-Law

Princess Diana has remained to be one of the iconic female figures even years after her tragic death. She was the member of the royal family and she did show respect towards the Queen, but she was still bold and independent, and even somewhat rebellious, as she wouldn’t always blindly follow the royal traditions.

Everyone knew how much she loved her two sons, Prince William and Prince Harry. Now that both of them are grown-up men who have their own families, we can’t help but wonder whether Prince Diana would approve of their marriages. And we think that she would be very proud and happy to see that both of her sons have such wonderful spouses by their side.

As we all know, Princess Diana was widely known for her philanthropic work, especially for the work she did in Africa to help AIDS victims and their families, as well as efforts to stop the installments of landmines that were hurting innocent people, including children. Since both Kate Middleton and Meghan Markle now support so many charitable organizations, we’re sure Princess Diana would be proud.

“If things are wrong and there is a lack of justice, and there is an inequality, then someone needs to say something.” — The Duchess of Sussex has become Vice-President of The @Queens_Commonwealth_Trust, of which Her Majesty The Queen is Patron, and The Duke of Sussex is President. In her new role, The Duchess will highlight the Trust’s partnerships with young people across the Commonwealth, and in particular its work supporting women and girls. In celebration of International Women’s Day, Her Royal Highness joined a special panel discussion of female thought-leaders and activists convened by The Queen’s Commonwealth Trust, to discuss a range of issues affecting women today. #InternationalWomensDay #IWD2019 #QCT #QCTxIWD

Meghan Markle was involved in several humanitarian projects even before her marriage with Prince Harry. Namely, in 2016, she helped with the efforts of getting clean water to the small villages in Rwanda. While she was there, she visited local children and spent some time with them teaching them fun activities like painting and the like. Now, as Duchess of Sussex, she is a Royal Patron of four different charities that specialize in the arts, women empowerment, and the welfare of animals, while Duchess of Cambridge also supports several organizations, including the arts, addiction centers, and children’s hospice.

In addition to their humanitarian work, Prince Diana would like both Kate and Meghan because they are strong and independent women, just like she was herself. Plus, Kate has already followed in Princess Diana footsteps when it comes to motherhood and giving the children a normal childhood. Even though Meghan hasn’t had the baby yet, we’re sure she, too, will behave the same. 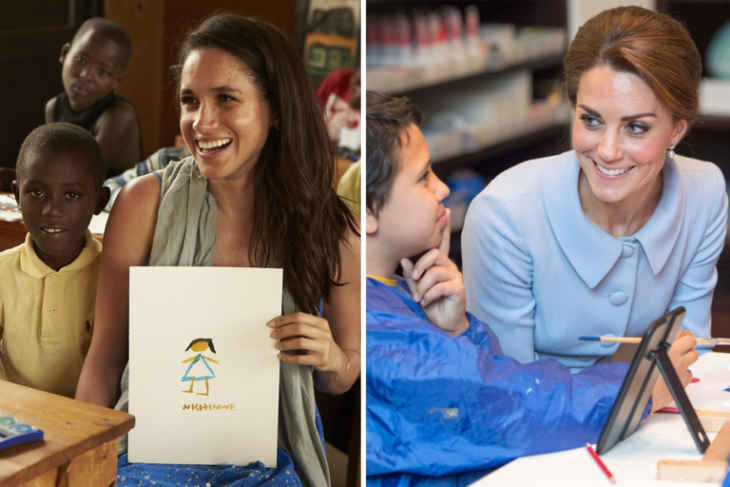 We will always remember Princess Diana as a unique figure, a strong woman who was not afraid to stand up for what she believed in, and as such, we’re sure she would be proud both of her sons and their wives if she were still with us today.