Being a vegan is something that seems to get a lot of popularity in the past couple of years. Because obesity and overall unhealthiness are becoming quite a problem across many countries worldwide, people are constantly trying to find ways of keeping their bodies in a healthy weight range. One of the best solutions for this, of course, is turning vegan, but veganism is not just about that.

Although it is true that you’re going to lose a lot of fat and become a healthier person overall, if you turn vegan, you’re also doing many other useful things both for you and the environment if you’re living this lifestyle.

We’re going to talk about diets in general, why it is worth to take a further look into this lifestyle and some of the main benefits of being vegan. If you are currently considering making such a change in your life, or you’re simply curious to hear what we have to say, feel free to continue reading until the end. Let’s take a look.

What does it mean to be a vegan? 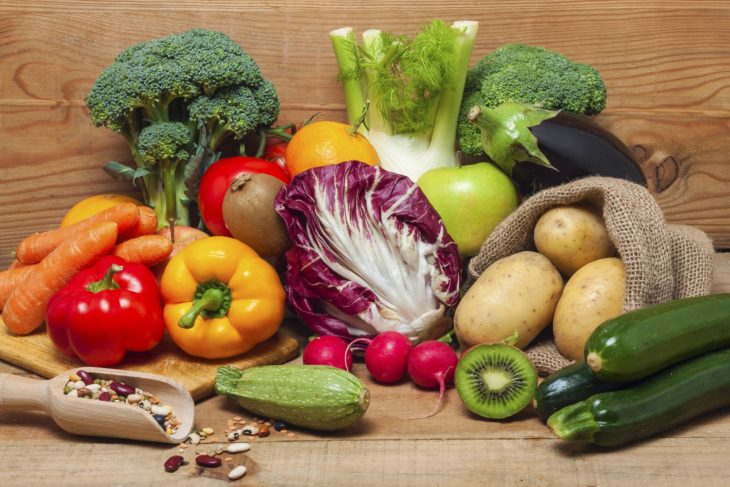 Being a vegan is something that a lot of people often mistake with the term “vegetarian”. Although they do have one similarity, which is not eating meat, there are quite a few other differences that separate both of these terms one from another. Let’s clarify this.

A person who classifies as a vegetarian is a person who doesn’t include any meat in their diet. A vegan, however, doesn’t include anything that originates from an animal. For example, vegans don’t consume any milk or eggs, while a vegetarian does. Once you understand these things, it is a lot easier to make the difference between these two terms. Now that you know what separates vegans from vegetarians, let’s take a look at some of the benefits of this lifestyle.

What are the benefits? 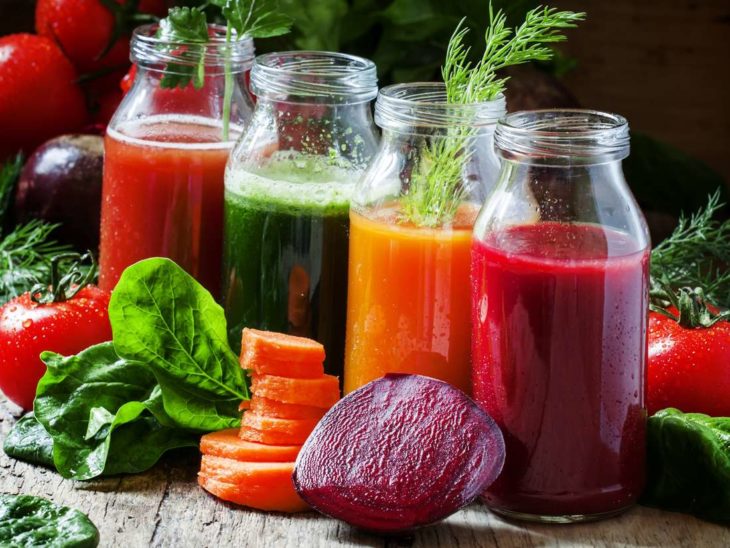 There are many health benefits of being a vegan. As we all know already, most foods that we consume today are processed and are going through a lot of procedures that might not be as healthy as we would want them to be. With fruits and vegetables, however, it’s a bit different. It is much easier to find unprocessed foods of this kind compared to meat. Unfortunately, most of the meat that we eat today comes from animal farms that don’t really have the natural circumstances in which animals need to grow and develop, making the meat products a bit unhealthy as well.

It is a lot easier to find organically grown fruits and vegetables however, and this already makes being vegan a lot more appealing to other people. Usually, the main reason why people switch to this lifestyle is that they discover the ugly truths about meat and the synthetic ways animals are being grown.

Why is weight-loss much easier when you’re a vegan? 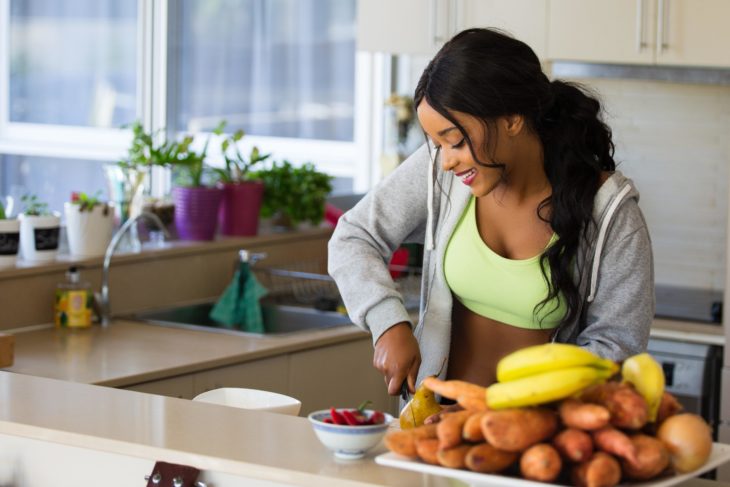 One of the main reasons why people are becoming overweight is because they are eating foods that are really high in calories, and not doing any physical activity in order to compensate for this. As we all know already, fast-foods such as burgers, French fries, pancakes and other similar types of foods, are really high in calories, and they are also pretty unhealthy to eat, even if you are very physically active. Fruits and vegetables, however, are pretty low in calories, but they contain all of the required nutrients that our bodies need. When you’re a vegan, it is sometimes even a bit difficult to reach your caloric limit, not to mention surpassing it to an unhealthy limit. So, not only that you are going to be a lot healthier in general, but you’re also going to lose a lot of unnecessary weight that you’ve been “storing” all these years. 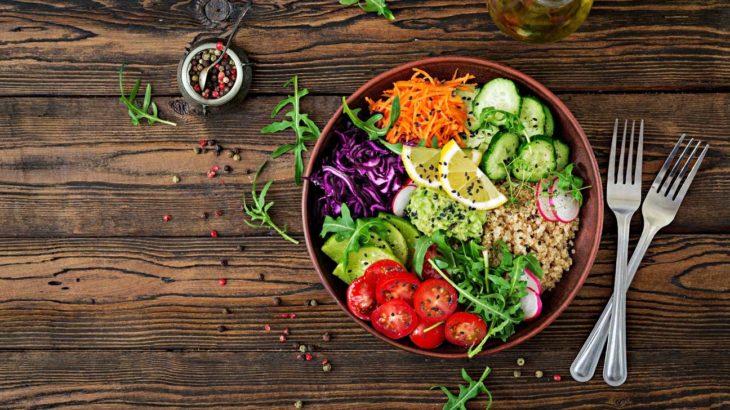 You’re probably reading this and wondering what types of food you can eat while living this type of lifestyle. Well, you’d be surprised how many vegan specialties exist that are absolutely delicious and pretty easy to make. We’re not going to list these recipes, but you are free to check out SOS Free Vegan if you are interested in making this delicious food and exploring.new ideas. It is true that most people who are recently switching to a diet like this need a bit of help when it comes to meal preparation, so feel free to check our suggestion and get some useful information.

Can I train and have such a diet? 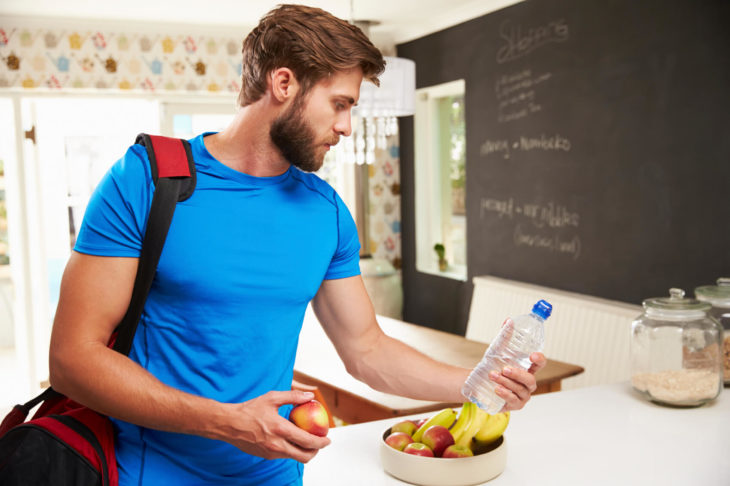 This is probably the question that is the most famous amongst people who love training on a regular basis. If you only knew how many people want to turn vegan but they are worried if their performance at the gym will not stay the same, you’d be really surprised. There are some truths and myths that circle around this subject, so let’s clarify a few things.

The main reason why being a vegan is considered to be “a bad choice” if you are an athlete is because of the protein intake. People who train are mostly eating meat because of the protein, which as we all know already, is more than necessary for optimal muscle growth and recovery. Now, although you can’t get any protein from eating apples and pomegranates, there are quite a few other things that vegans can eat in order to get their required daily protein intake. One of the best examples are nuts that contain about 20g of protein on 100g.

Besides, we live in a pretty modern world, and there is a solution for almost everything nowadays. As we all know, supplements are pretty popular in the fitness industry, and believe it or not, there are vegan protein supplements that you can consume if you seem to be struggling with your protein intake. As long as you keep track of your macros and eat in the right caloric range, you can train and be just as good as a vegan as you were before, except you will most likely be a lot healthier than you were.

Before attempting any major lifestyle changes like this however, you should always consult with your doctor. Some people are allergic to the main foods that a vegan usually eats, so don’t set yourself up for failure. Knowledge is power, so speak with your doctor beforehand.

Why Meghan and Harry Will Miss the Royal Christmas Dinner?

Everything You Ought to Know About Oral Contraceptive Pills

The Benefits of Online Shopping with Using Discount...