by Petar Mikonoss February 4, 2019
Today, according to the World Health Organization over 90 million married couples in the world do not have the natural ability to conceive and bear a child. Statistics show that the problem of procreation of the population is quite acute and getting worse, in addition, the statistical calculation does not take into account data on couples who are not legally married and suffering from infertility. The industrial society brought not only problems but simultaneously also ways to solve them, namely: various reproductive technologies that allow childless families to give birth to offspring and improve the demographic situation worldwide. One of these reproductive technologies is surrogate motherhood.

Surrogate motherhood is an assisted reproductive technology whereby three people are involved in conceiving and giving birth to a child:

1) a genetic father is a person who has provided his sperm cells for fertilization and is willing to assume the responsibilities of a father after birth;

2) a genetic mother is a person who has provided her egg for fertilization and is willing to assume the duties of the mother after the birth of the baby;

3) a surrogate mother is a woman of childbearing age who have agreed either on a gainful or altruistic basis to bear and give birth to a child using the biological substances of genetic parents and who is not claiming to be the mother of this child afterward. 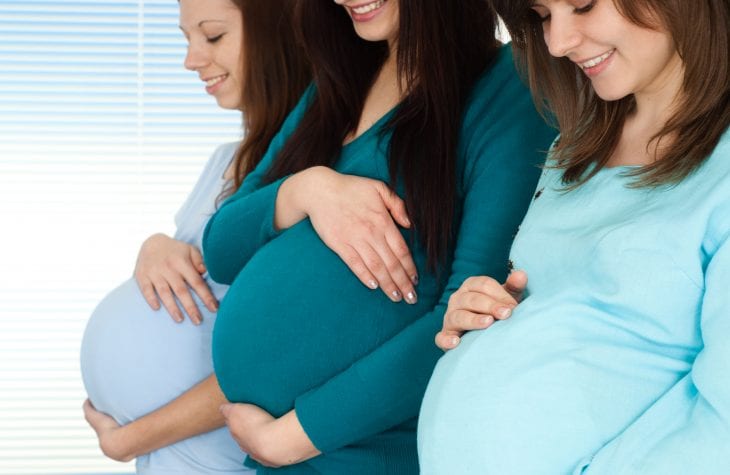 In some cases (for example, in case of infertility of a future foster mother or her absence, as well as if the child is going to be raised by a single father), the surrogate mother at the same time may also be a genetic mother. After the birth of a child, genetic parents are registered as legal parents. In most cases, surrogacy is used to overcome infertility problem in married couples when a woman is unable to bear a child for medical reasons.

Surrogate maternity is possible only when using extracorporeal (artificial) fertilization in gynecological clinics with relevant expertise: an egg cell fertilized “in vitro” is transferred into the uterus of a surrogate mother during the first 3-5 days of embryo development. Thus, surrogacy can be defined as an agreement between a married couple and a woman who must conceive and bear a child.

The surrogacy process can quite possibly be called a childbirth outsourcing. In most cases, the surrogate mother receives monetary compensation, this type is often referred to as commercial surrogacy.

Altruistic or non-commercial surrogacy does not imply payment or material benefits other than reimbursement of expenses related to pregnancy, such as medical care. Sometimes a surrogate mother may also be reimbursed for expenses related to the loss of wages, or pay compensation for the pain and physical suffering.

There are two types of surrogacy – traditional and gestational. The main difference between gestational surrogacy and the traditional one is that, usually, a surrogate mother has no genetic connection with the born child, whereas in the event of the latter there is such connection. In the case of traditional surrogacy, a woman who agrees to become a mother receives sperm from the alleged father. Thus, it has a genetic relationship with the child. 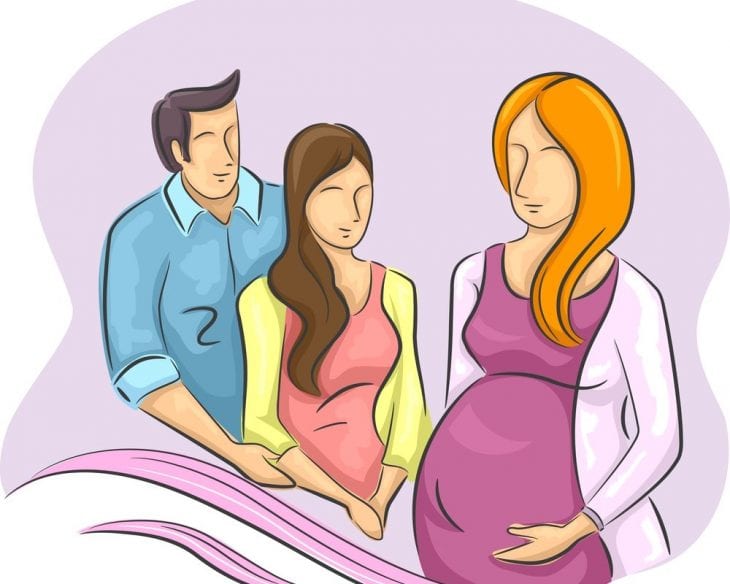 It has to be mentioned that traditional surrogacy is banned in most countries worldwide, including Ukraine. It is important to sign a contract with a surrogate mother so that it reflects all the subtleties, responsibilities and liabilities of each of the parties involved in a surrogacy process.

Most countries lack both relevant surrogacy laws and approved surrogate motherhood national policies. The question of surrogate motherhood was considered in the Council of Europe and some countries’ parliaments, but no general solution about the international implementation of common legal provisions was found. The complexity of legal issues related to assisted reproductive technologies is reflected in the diversity of approaches to this problem on the part of regional organizations and sovereign states. Adopted laws and policies range from a total ban on surrogate motherhood to the establishment of a comprehensive legal framework designed to take into account the rights and interests of all parties.

In most countries, relations between persons interested in the implementation of surrogate motherhood are formalized by the relevant agreement. The agreement, as a rule, implies that the surrogate mother in exchange for material compensation agrees to have fertilized donated egg implanted into her body as an embryo, carry the child to due term and subsequently let the child permanently reside with intended parents.

In some countries, surrogacy is allowed only under certain conditions. For example, in Israel surrogacy is allowed only in cases where the surrogate mother does not have a genetic relationship with the child, is not related to any genetic parents and belongs to the same religion as the intended mother. The agreement must be approved by a committee consisting of social workers, doctors, and religious leaders. Although some monetary compensation is permitted, legal agreements must be altruistic and non-commercial. All parties to the contract must be Israeli citizens. In some countries, surrogate motherhood is frowned upon, since “it contradicts to the legislation on adoption and violates the inalienability of the human body” (France, Denmark), but is not officially prohibited at the legislative level. Different countries treat the surrogate motherhood process differently. Many have begun to actively use “substitute motherhood.” Many countries perform such procedures at an increasing rate. 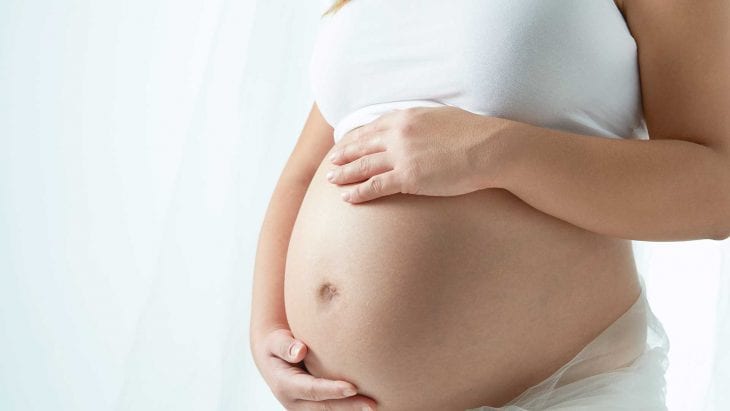 These procedures are carried out in the UK, Australia, Czech Republic, Canada, Ukraine, Russia, South Africa and in some other countries. But in most states, there is a wait-and-see attitude and rather a cautious approach. It has to be mentioned that many countries have not yet reached the appropriate level of development in the application of “surrogate maternity”. There are also countries that have banned “surrogate motherhood” (for example, Italy, Germany, Malta, Portugal, Bulgaria, in the U.S. states of Arizona, Michigan, New Jersey). In all countries where such procedures are carried out, a variety of social relations arise associated with them. The main one among them is the relationship between the “surrogate mother” and the genetic parents. National law often approaches the regulation of these relations not only from different points, but, and this must be emphasized, from diametrically opposite positions. This fact is extremely important from the point of view of the prospects of international legal regulation. It is revealed when solving two main problems. The first one is the choice between physiological and genetic maternity when deciding on the subject of parental rights. The second one is the attitude to the validity of the “surrogate motherhood” agreements, mostly, in respect to the legality of the condition of compensation.

It should be noted that in some countries commercial intermediary surrogacy agencies are in operation to facilitate the conclusion of compensated “surrogate motherhood” contracts, and some of them have already extended their activities to other countries that bring the international aspect to the entire situation. Currently, in the world, there are three opinions on these issues. The first is to recognize genetic parents as the ones who have parental rights. This results in a positive attitude towards the “surrogate motherhood” agreements. The second position is the opposite – to assume that the subject of parental rights is a “surrogate mother” and not genetic parents. Hence, it leads to a negative attitude towards the contracts. The third position lies between these two extremes. It boils down to resolving the issue in accordance with the will of the “surrogate mother”. If she wants to keep the child for herself, she is recognized as a subject of parental rights. Otherwise, genetic parents are recognized as such subjects. This is combined with the recognition of some contracts as valid, and some as void. Australia has a negative attitude toward the use of commercial surrogate motherhood. In Ukraine, if an embryo conceived by spouses is implanted into the body of another woman, the legal parents of the child are the spouses. Advanced state regarding the use of surrogate motherhood is the United States. 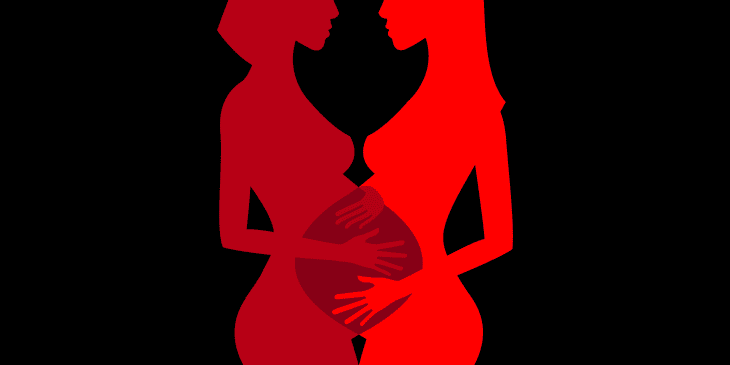 1) it is necessary that the surrogate mother be married; 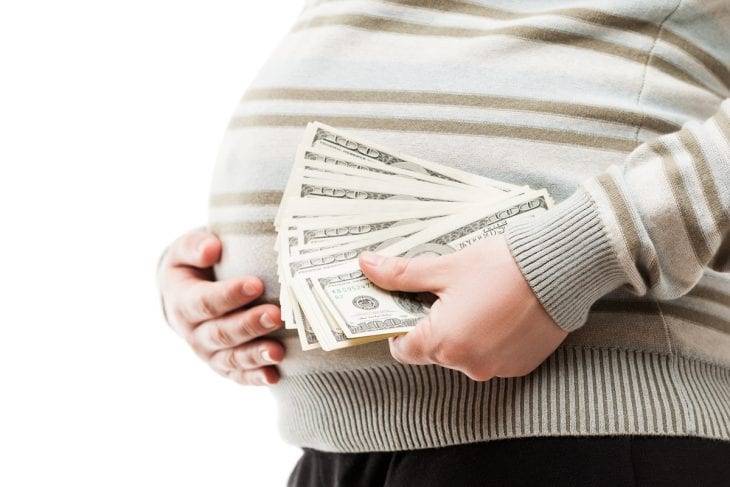 In Belgium, Greece, Spain, Finland surrogate motherhood is not regulated by law but actually takes place. Finally, countries where surrogacy, including commercial, is legally allowed: these are the United States (most states), the Republic of South Africa, Ukraine, Russia, Czech Republic, and Kazakhstan. For residents of France surrogacy is illegal as it contradicts to the legislation on adoption. It is not allowed in other countries where the Catholic Church is traditionally strong. Considering the various national systems of regulation of surrogate motherhood, we can conclude:

1) many countries have begun to actively use the method of surrogate motherhood;

2) a system of international cooperation on surrogate motherhood is being developed;

3) in countries that allow “surrogate motherhood”, there is no single regulatory act governing its use.

Each state in which the use of surrogate motherhood is allowed, first of all, aims at the continuation of the human race, the creation of a happy family and support and development of the strong family traditions.

Summarizing the abovementioned comparative overview, it has to be noted that Ukraine is definitely one of the most promising and auspicious destinations when it comes to surrogacy programs.

IVF Group Surrogacy Services as the exclusive representative of the network of reproductive medical centers (ISO 9001:2015 certified) “Mother and Child” is perfectly aware of your needs and expectations, given that IVF Group Surrogacy Services has been in the field of bringing joy of parenthood to people for years through its close cooperation with high-class fertility specialists, the members of the European  Society of Human Reproduction and Embryology (ESHRE) and the American Society for Reproductive Medicine (ASRM) at Medical Centers “Mother and Child”. Presently, “Mother and Child” is not just a network of medical centers that specialize in the treatment of infertility. Today, it is a brand that distinguishes the network from its competitors in the eyes of the patients worldwide, that has been built over the years with the help of many qualified medical specialists and dedicated people, who actually invested their skills and souls in the project. The Network of Reproductive Medical Centers “Mother and Child” is the mark of quality you can trust. Our name can be easily construed as – “We are helping people to become parents.”

Prince Edward, The Earl, not the Duke

According To Latest News – Kanye and Kim...

Steps To Buying A Home In UK