As a single female, I’m all too familiar with the dating scene and the post-traumatic stress often endured after a night out at the bar. “We met online,” is the new “we met at a bar,” and there’s a reason for that: far too many evenings are spent swatting away deadbeats and touchy-feely drunk dudes. So before you head out to your favorite pub, be prepared to get hit on by one of these 12 types of guys.

1. The Sloppy Drunk Guy: He stumbles into you as he’s walking your way, knocks your drink out of your hand and slurs his words as he fumbles around to find napkins. Be prepared to tell him your name a minimum of three times and listen to the same story on loop, or perhaps just a statement of choice, like “you have really nice hair.” You can try to ignore him and turn away, but he will persist, yelling over loud music and becoming “that guy” who everyone is staring at like a bad car accident. You do your best to make facial expressions that communicate to others that you do not know him. Eventually, he leaves you alone and starts dancing to himself in the corner until he falls out of the bar or is escorted out by security.

2. The Guy You’d Never Consider: This is a really unfortunate case of “he just doesn’t get it.” You’re completely out of his league, he’s not your type, and Hell would have to freeze over before you even considered getting with him. You wouldn’t think twice about swiping him on Tinder, but now he’s right in front of you, so tough shit. 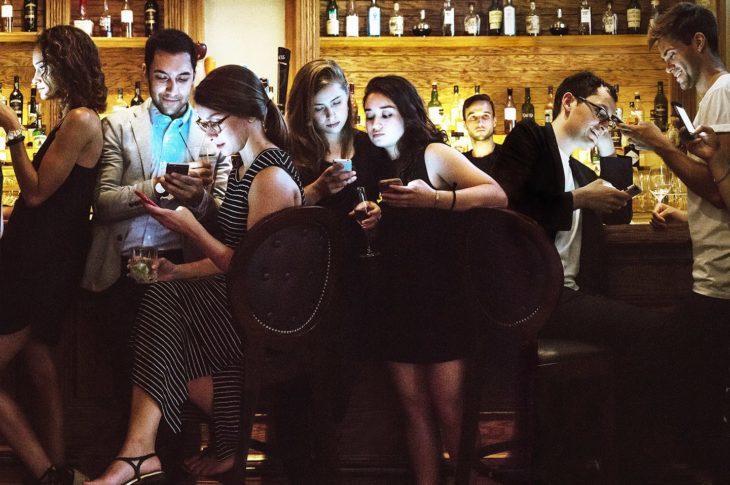 3. The Talker: This guy will introduce himself to you and won’t shut. the. hell. up. Despite the fact that he’s been talking to you (or at you) for 15 minutes while you’re zoning out and playing the movie “Cocktail” in your head, he keeps chatting. And don’t think awkward silences will stop him. You can give him one word answers, turn and talk to your friends or try and order a drink, but he continues to tell you about his cousin’s bar mitzvah and ask you about your childhood pet.

5. The Serial Flirter: You saw him sashaying his way across the room chatting up every woman with a pulse and he’s finally made it to you. He may have been appealing if he hadn’t just approached every single one of your lady friends… and their friends… and theirs, but don’t bother trying to call him out on his player ways. He will deny it. You must have been watching some other guy in a Knicks hat and zig-zag button down mackin’ it. 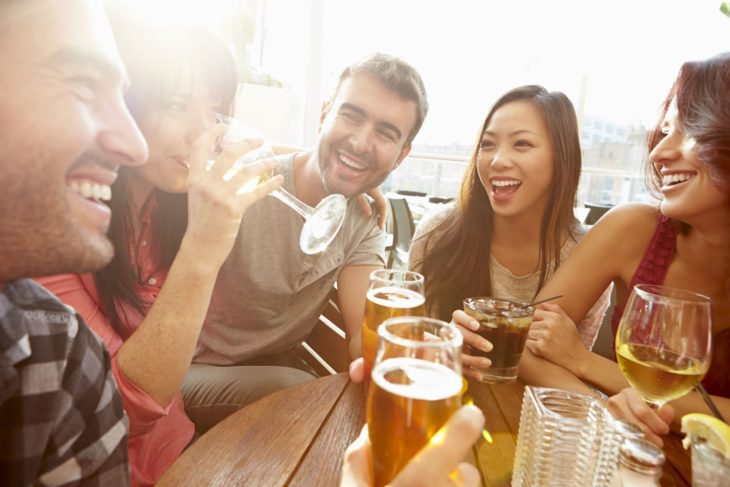 6. The Married Guy: This guy has no shame at all. He’s wearing his wedding ring and is screening calls from “Home” while he’s aggressively flirting with you. He never mentions his personal life in conversation and sidesteps it when you ask him. On the rare chance that you ask about his ring and he admits he’s married, be prepared to hear him say: “What, so I can’t make a new friend?” or “My wife is cool with it.”

7. The Old Weirdo: He’s the creeper in the bar who everyone notices, but tries to ignore. He’s got at least two decades on the rest of the crowd, and bops his head to the music like he actually knows who Kendrick Lamar is. These individuals are usually sporting one or more of the following: a trucker hat, a rat tail or mullet, a pornstache, and/or dad jeans. He will try to slyly work his way into your dance circle without notice, and it will not work.

8. The “Too Close For Comfort” Guy: Of all of the types of dudes who’ve hit on me at bars, I loathe this kind the most. Touchy-feely guys don’t waste any time getting to know you before they’re throwing an arm around you, putting their sweaty hands on the small of your back (or maybe on your ass) and talking to you from approximately three inches away from your face so you can practically taste the burger they just ate. He is the reason bars don’t sell pepper spray. 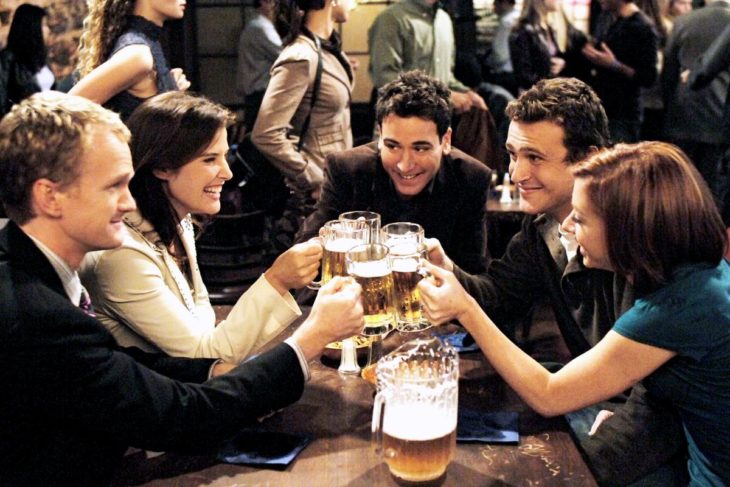 9. The “Too Cool For You” Guy: You lock eyes from across the room and you KNOW he wants to talk to you, but it’s not that easy. He continues to eye fuck you as he chats up his buddies, wrangling in other girls and will eventually make his way over to you. But don’t expect him to initiate conversation— he’s way too cool. You’re going to have to be the first to speak up, and even then, he’s going to pretend you’re bothering him. He then finds a nice little home in the douche zone and will go home alone.

10. The Charmer: He’s personable, super funny and has you and all of your friends hooked in no time. It doesn’t matter what he looks like, because you’ll be too busy hysterically laughing at his impression of Schmidt from “New Girl” that you won’t even care that your vodka just came out of your nose. He’s the ringleader of his friends who loooove going out with him because he effortlessly initiates contact with the ladies for them. Even if you don’t end up swapping numbers, be glad that you burned all of your cocktail calories laughing your ass off.

11. The Rico Suave Guy: You’re ordering a drink and minding your own when some sly guy comes up behind you and orders one for himself and one for “the pretty lady.” Eventually, he’s bought a round for you and all of your friends and you find yourself admiring his Sperry topsiders as he guides you and your pals into the VIP section. He says all the right things, wants to know about your hopes and dreams and doesn’t talk to your boobs. He may or may not have hoes in different area codes, but that’s okay. Just enjoy yourself and go along for the ride. 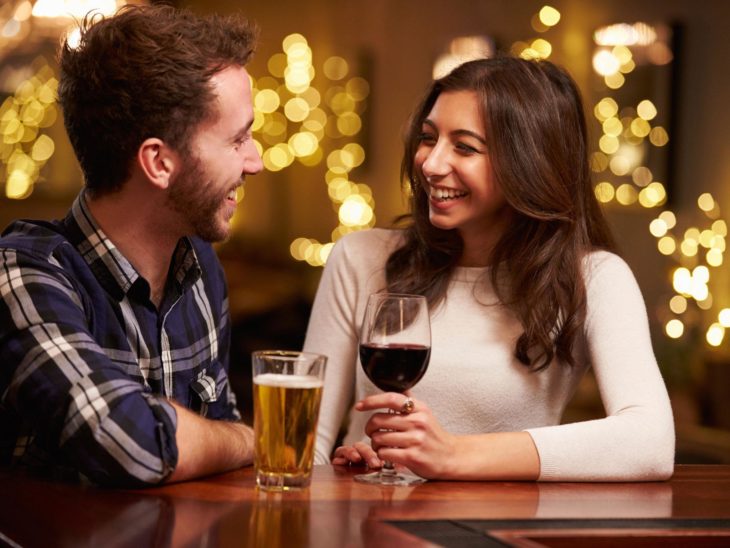 12. The Foreigner: You may have no idea what he’s saying because his accent is so thick, but WHO CARES?! He’s hot, foreign, sounds sexy and is looking for fun. You’ll compare travel stories, teach each other curse words in your respective languages and probably make out. If you’re lucky, he’ll eventually say something in his native tongue that sounds really hot and you’ll leave the bar together so he can, um… explore your village (if you know what I’m sayin’).

10 Exciting Things to Do in Punta Cana