The Hershey Highway has a lot of garbage

No matter your sexual preference, if you are a kinky person, you’ve probably had something inserted up your buttocks at some point. A finger, an adult toy, a peen: These are very common, no? Okay, maybe you like vanilla sex, but for many people there’s nothing like a little (or big) thing to go in your hole.

But there are a surprising amount of folks out in the world who are, um, different: They are more curious, adventurous, or even just stupid. You’ve certainly heard stories of things like hairbrushes getting lodged all the way up in there; maybe you’ve even seen the x-rays.

Well, get ready to see some more… 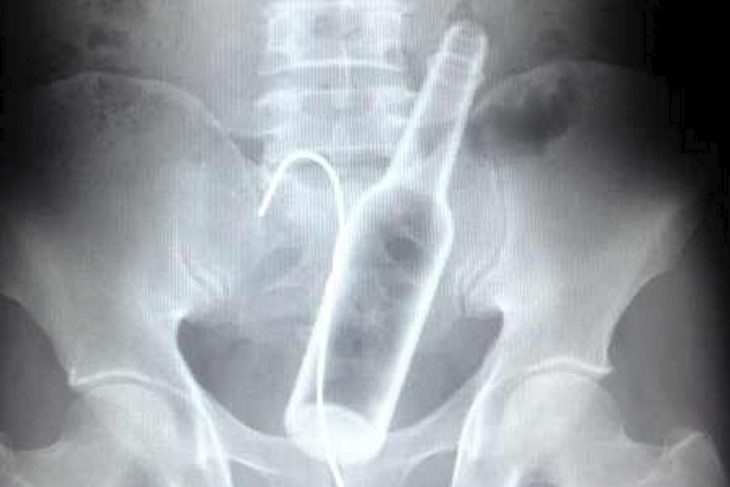 Admit when you need help 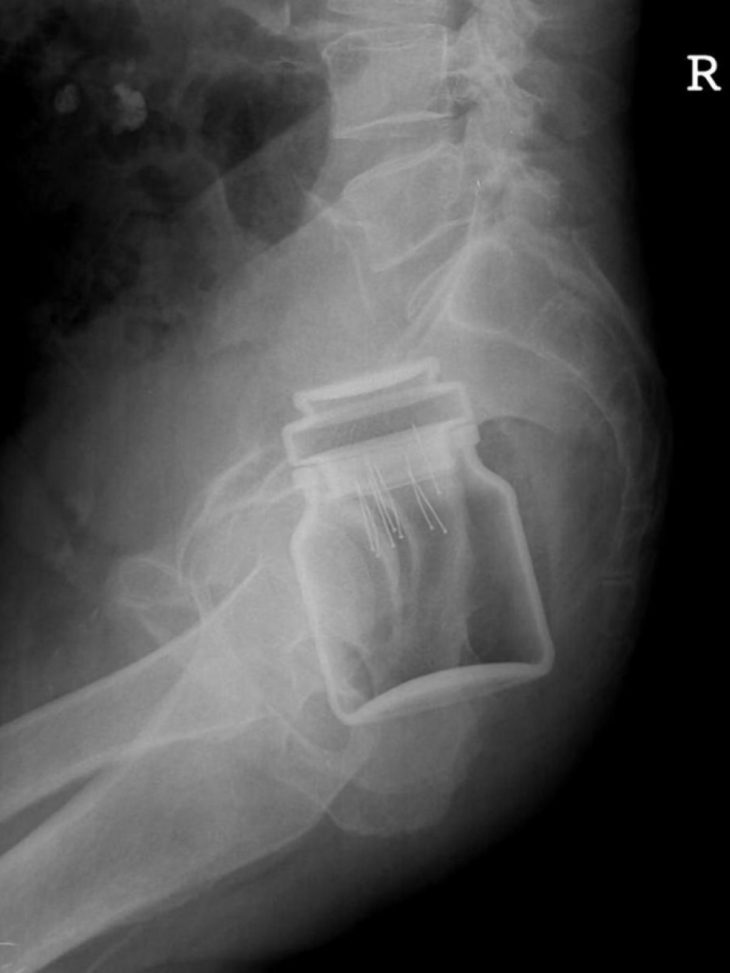 Dr. Mona works in an ER and claims to get about FIVE patients a week who come in for help getting things out of their anuses. She says the best bit for her are the reasonings. For example, the man who keeps his cucumbers in the shower, but one day he slipped, causing the hole to land on it… vertically.

Another man, 50, said the live eel was put there to “relieve constipation.” (How do you get a live eel?!) You can imagine the eel wasn’t too happy about this home remedy. In fact, the creature ate through the man’s bowel, which led to surgery and him wearing a colostomy bag for two months.

A 20-year-old kid showed up with a half-empty bottle of V8 in his colon. Of course he panicked but was too embarrassed to get help. So he tried to fish it out a wire clothes hanger, which resulted in him tearing up his colon. That poor kid no longer poops like you and I do. 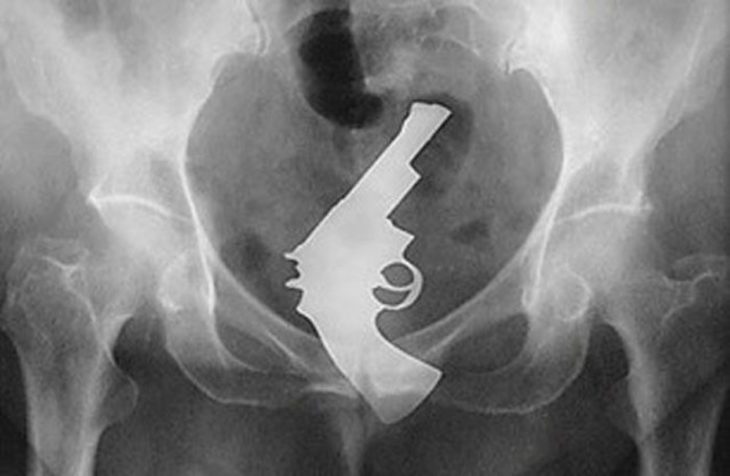 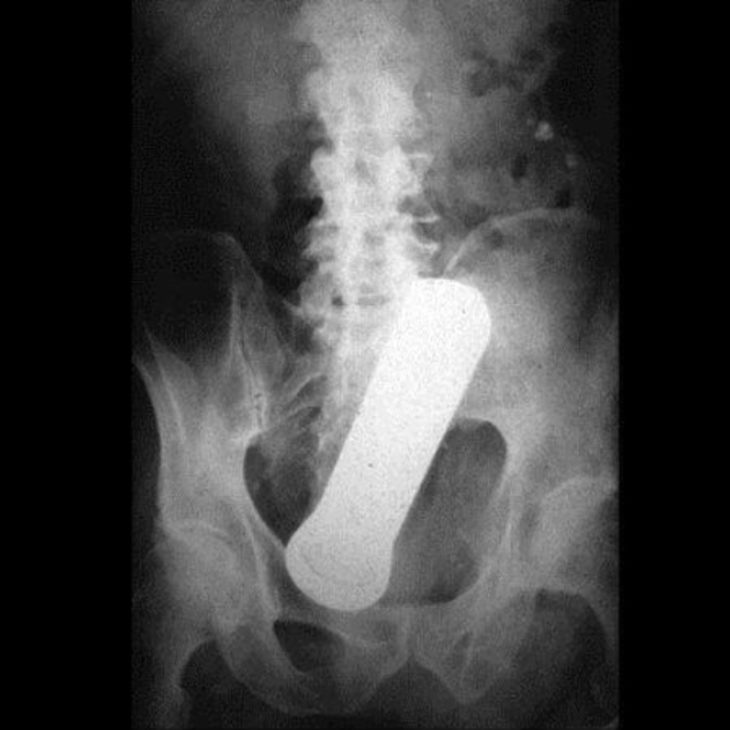 Of course, almost all these cases involve men. While vaginas can take non-conventional, household things for pleasure, these object can only go so far into the uterus. (Of course keep it sanitary and use a condom.) With with the depth of the butt, as you’ve seen, it just seems to keep going and going.

If you are even thinking of putting something obscure up your bottom, I hope these stories will deter you. Not only could you die, you could be permanently injured, wrack up serious medical bills, and your x-ray could end up on the internet.