What Happens When I Change My Relationship Status On Facebook? Sadly, Not A Whole Lot

One night last week, I was doing a final sweep of online headlines before I allowed the Xanax to sink in and take me away, Calgon-style, when I came across a story about Facebook introducing a new button feature that allows users to ask anyone about their relationship status. My first thought was, Is this really necessary? My second was, I need to grab a Kleenex because my night-guard is making me drool all over my pillow. Either way, I couldn’t stop thinking about why Facebook would go through the trouble to develop this Snoopy Susan feature that just proves how nosey you are to your stable of virtual friends.

For that reason—and my newfound quest to be a fabulous, jet-setting investigative journalist like Carole Radziwill—I decided to do a little social networking experiment and see how people would respond when I changed my status from “single” to “in a relationship.” Would they use the new button? Would they message me directly? Would they comment publicly? Would they even see the post because of Facebook’s intricate viewing algorithm? SO MANY QUESTIONS!!

First, some context: Ever since I’ve been using Facebook, I’ve always listed my status as “single.” (Okay, I think maybe once I changed it to “it’s complicated,” but that was only to make some stupid boy jealous and — shocker! — it didn’t work.) I don’t like sharing my personal bidness online and mostly use my various identities as a way to pimp my professional work. (Don’t hate the self-promotion player; hate the self-promotion game.) Sure, my close friends and family know what’s going on in my real life, but for everyone outside of that circle, I like to keep it movin’. (I’ve been watching a lot of “Basketball Wives,” so please forgive me.)

I flipped the switch around 2 p.m. PST last Tuesday and then logged off the site. In fact, I unplugged from the internet all together because I went right into a doctor’s appointment. Two hours later, I checked back and the change had sparked the following activity:

Apparently, other friends had reached out to her, asking about my mystery man and if it was real or not. One mutual friend, Natalie*, even asked if it was all a hoax and if I was doing it for the sake of an article. Initially, I was hugely offended. Like, people find it sooooo impossible for me to have a serious boyfriend that I must be doing it all for a story? As Stephanie Tanner would say, “How rude!” Then Shayla was quick to remind me, “Leslie, Natalie just saw you this weekend and you made no mention of it. You haven’t told her about anyone since you were dating that guy who performed bubble shows, and you just stopped seeing him three weeks ago. She cares about you and if you had someone special in your life, she figured she’d know.” I calmed down and realized she was right.

I continued to watch the post to see if anyone used the “ask” button. Since I didn’t say who I was in a relationship with, perhaps one of my followers wouldn’t be able to sleep until I revealed the identity. So I watched. And watched. Kept watching. No one pushed the button.

Before I went cross-eyed from constantly reloading my profile page, I called my mother, who’s also on Facebook, because I forgot to tell her I was performing this groundbreaking investigation. The conversation went something like this:

Me: “I want to tell you something but I don’t want you to get excited.”

Me: “In case you haven’t seen it yet, I changed my status to ‘in a relationship.’”

Me: “But it’s not real. I’m doing it to see what people’s reactions are.”

Mom: “Leslie! That’s so mean. You’re getting everyone’s hopes up.”

Me (closes eyes and rests head on wall): “No I’m not. I just want to see if people use this stupid new button.” 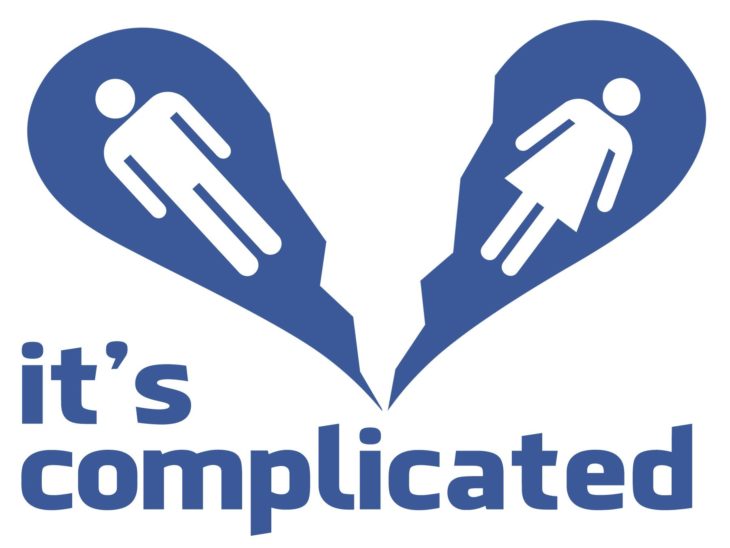 I continued to watch the post for the next 48 hours, until I finally just deleted it and took my relationship status off my profile entirely. So, what did I learn from this trivial anthropological experiment?

In summary, the Facebook “Ask” button is a lot of hooey. Oh, and I’m sorry for anyone who “got their hopes up” about me being in a relationship. When it actually does happen, I sure as hell won’t announce it on social media. I’ll take out a national commercial. That’s a promise.

* Names have been changed in attempt for me to appear more like a serious journalist.

10 First Date Dealbreakers We Can All Agree On