Power couple Angelina Jolie and Brad Pitt separated in 2016. However, Oscar-winning actress is not keen on thinking of her ex with someone else, even if she is just his friend.

A few days ago, a photo popped up on Instagram account of 33-year-old Lena Dunham in which she is all curled up against Brad Pitt, and the hype started. Lena and Brad are not together, but the news travels fast, and the gossip found its way to Jolie. A friend close to Angelina said she does not want to know about Brad’s love life, as she thinks he does not want to know about heirs too.

I may own a birthday bitch hat, but IRL I’m no big birthday bitch. For someone who loves both attention and presents, I’ve sure cancelled a lotta bday parties at the last minute (a special sorry to @mattpolf who had already hired a crafting teacher last year, and @lesleyarfin who was ready to DJ in 2011.) I used to think there was something a bit unseemly about an adult leaning into their birthday, until I realized I was actually just jealous of the confidence and self-love it takes to say “it’s my day, people!” I often felt I was making up for some original sin and that the nicest thing I could do for others on my birthday was make myself as unobtrusive as possible (it never worked and I usually either barfed or cried.) But this year is different. This year I’m… wait for it… happy. And so grateful for where I am, who I am, and everyone who has helped me on my journey to health & sobriety. 32 was good to me, and for 33 I wanted to say a big old thank you. So I hosted a Spring fundraiser for @friendlyhousela (the first recovery home for women in the United States) in LA last week. It was the best day ever and @anniecampbell literally brought a Pinterest board to life!!! And today, rather than presents, I’d love for you to donate to Friendly House, which is dedicated to helping women navigate the journey through addiction to recovery. It’s a journey I know first hand can only be attempted with love and support, which is why I have started a scholarship fund for women who are determined to recover but don’t have the financial means to begin. Go to the link in my bio to donate. Thank you to everyone who came out to support last week; you melt my heart. Thank you for the birthday wishes. And a special thank you to those of you who donate. It brings me such joy to think of how together we can directly affect so many women who have forgotten that they matter. Let’s remind them! Lots of LOVE xo

Angelina wishes all the happiness to Brad, but her attention is not his love life and pictures with other women but the interest of the kids. From the time of the divorce, they were going back and forth, and there is still work to get them in agreement, and she is more uptight with him being a good father than dating.

Angelina and Brad’s six kids Maddox, Pax, Zahara, Shiloh, and twins Knox and Vivienne, had the break up affected them the most. In addition, since September of 2016, there are still some issues about the split, but they are officially single. 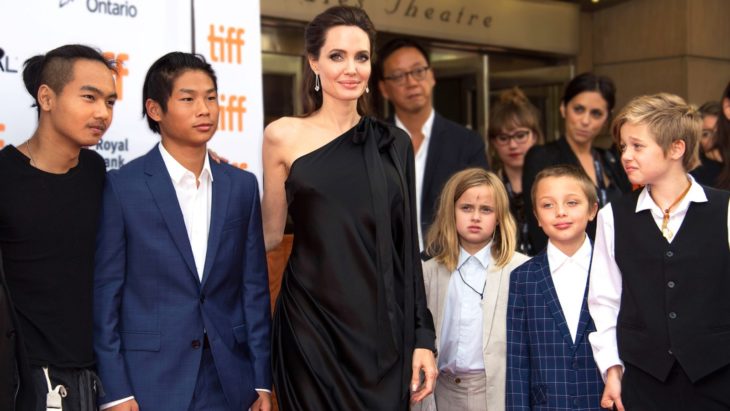 Brad Pitt’s priority is not finding another love or dating again, and the same goes for Angelina. She is not dating but has people that she likes spending time with although not anything significant and she keeps everything to herself.

Her world is the kids, and she revolves around them, nothing else seems that important. They are always with her, and she brings them everywhere. At least one of her children is with here at all times, and that has become a sense of protection for the Jolie.

9 Old People Things That I Love