‘What the hell are they playing at?’ – This What Prince Philip Said Once He Heard About Harry And Meghan Leaving The Royal Family

Prince Philip, 98, is furious about the recent decision of Meghan and Prince Harry to leave the royal family. The Duke of Edinburgh accused the famous couple of not having respect for the Queen.

On January 8, 2022, Harry and Meghan had an official announcement that shocked the world. They officially announced that they intend to step back as ‘senior’ members of the Royal Family and work to become financially independent.

“After many months of reflection and internal discussions, we have chosen to make a transition this year in starting to carve out a progressive new role within this institution. We intend to step back as ‘senior’ members of the Royal Family and work to become financially independent, while continuing to fully support Her Majesty The Queen. It is with your encouragement, particularly over the last few years, that we feel prepared to make this adjustment. We now plan to balance our time between the United Kingdom and North America, continuing to honour our duty to The Queen, the Commonwealth, and our patronages. This geographic balance will enable us to raise our son with an appreciation for the royal tradition into which he was born, while also providing our family with the space to focus on the next chapter, including the launch of our new charitable entity. We look forward to sharing the full details of this exciting next step in due course, as we continue to collaborate with Her Majesty The Queen, The Prince of Wales, The Duke of Cambridge and all relevant parties. Until then, please accept our deepest thanks for your continued support.” – The Duke and Duchess of Sussex For more information, please visit sussexroyal.com (link in bio) Image © PA

Philip is hurt by this decision, moreover that he has always been extremely close with Prince Harry. This announcement came just one week after the Duke was released from the hospital. According to voices close to the royal family, a lot of Philip’s anger comes from seeing the Queen upset.

Just before Christmas, Prince Philip spend four nights in the hospital for treatment on a “pre-existing condition.” Now, he is spending his time with the Queen in Norfolk.

During his stay in the hospital, Philip had no visitors from the royal family, because its forbidden in a way. Just a single ruling family member visiting any public institution would demand a high level of security, and that would cost money. Hence, the rule is to check on royals in the hospital via phone. 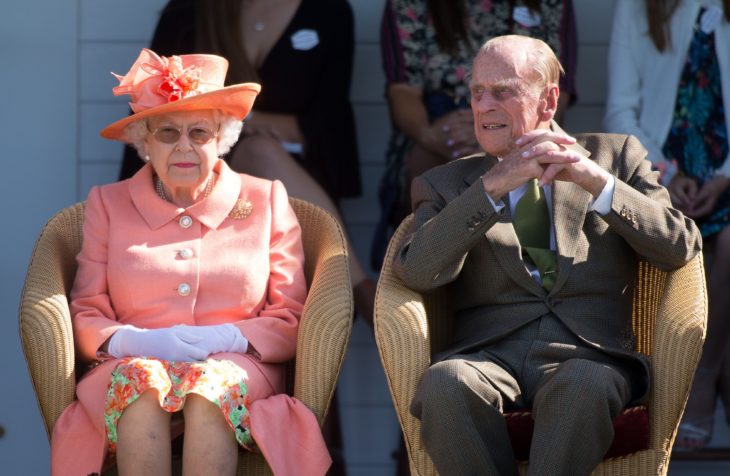 Today, Philip enjoys his days with Queen Elizabeth at Sandringham’s Wood Farm, the central state of the Royal family. Although he is feeling better, Prince Philip can’t spend more than ten minutes without feeling exhausted.

Now, he is fully aware of what’s happening, but he can’t understand why the couple announced such a decision. Philip is really close to Harry. He loves him so much that he attended Harry’s wedding to Meghan regardless of his cracked ribs.

In 2018, Philip had a fall in the bathroom, which resulted in a broken hit. Therefore, he also has undergone hip surgery to make it to the church. He wanted to show his devotion to his role an is love and respect toward Harry and his wife. It remains to be seen how ‘Megxit’ will develop in the near future.