This totally ridiculous and amazing conspiracy theory comes via, where else, the height of journalistic inquiry, Tumblr. Poot was first discovered back on October 3rd, when the above photo was posted on Tumblr by someone with the username Versaceslut (professional!). I know what you’re thinking: Uhhh, that’s just a bad photo of Demi Lovato, probably back when she had short hair. But you would be wrong. See, the photo disappeared after about a week and then reappeared on someone else’s Tumblr, this time with a explanation for the mysterious (or maybe not, if you still think nothing weird is going on here and it’s just Demi) snap. The caption read:

“Demi’s twin sister. She was locked in a basement her whole life. This picture was taken the first time she went outside. Her name is Poot.”​

Of course. Of course it is.

Since then, Poot has once again gone underground (against her will, back down to the basement??), but fans are keeping hope alive and reminding the masses of Poot’s existence by turning her into a meme. For example, here is Winnie the Poot: 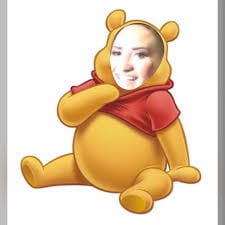 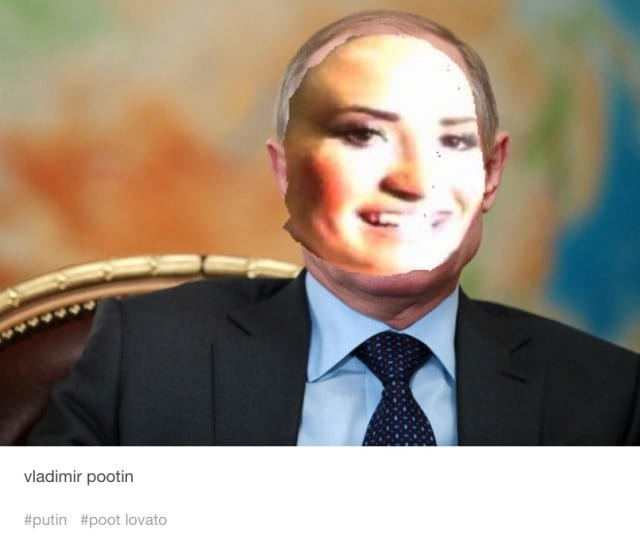 And lest you think this is just some silly joke, allow me to point you to proof positive that Poot Lovato lives — she has her own Wikipedia page! Surely you don’t need any more convincing: 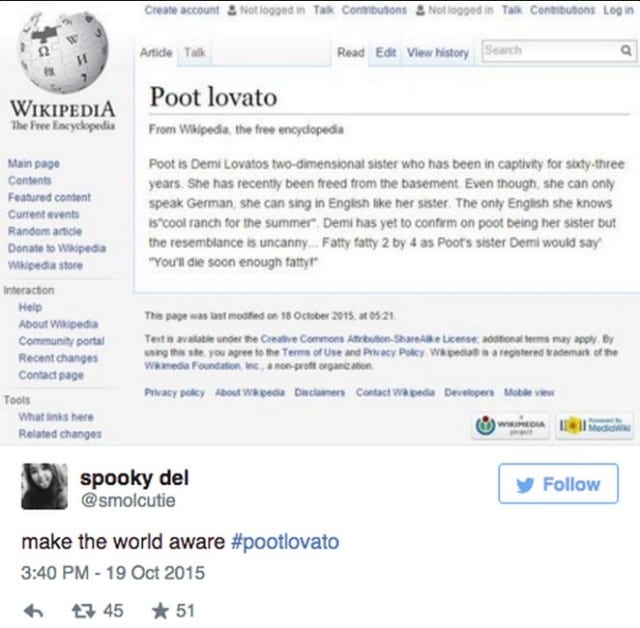 Demi Lovato has yet to confirm OR deny the existence of Poot, but I think her silence speaks for itself. What secrets is Poot keeping? Why is Poot being silenced and hidden? What must be done to #FreePoot?? Stay tuned. [Sugarscape]

Second Wave Feminism Is Hot For Fall, If You Ask Lena Dunham And Gloria Steinem

Conspiracies That Gloom Over Britain! Who is Prince...