When I was getting clean and sober in a Twelve Step program many years ago, there was one phrase from the literature that always resonated with me. We addicts have been, the book said, the “architects of our own adversity.” Yes, I thought the first time I read that. It’s time to stop blaming others for my own pain. It’s time to take responsibility.

That same phrase comes to mind when I think about Men’s Rights Activists (MRAs). I’ve been crossing verbal swords with the MRAs for many years, particularly since 2004 when I began to develop a public presence as a male feminist writer and professor. I learned quickly that not all MRAs were the same; some offered thoughtful criticism while others offered only nasty invective. (Look up “Hugo Schwyzer Mangina” if you need evidence of the latter.)

Men are suffering because their emotional, psychological, intellectual, and sexual potential is stunted by their own efforts to live up to an impossible masculine ideal. 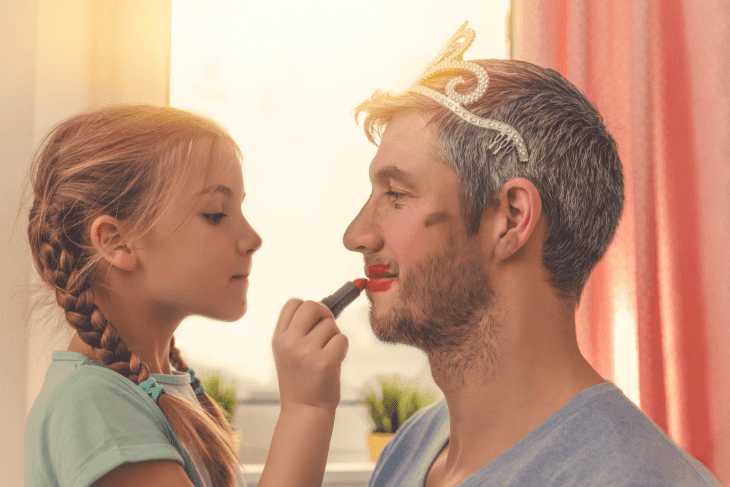 As a professor who teaches courses on Men and Masculinity, as well as a mentor to many young men (and as a man myself, of course), I’m intensely interested in the ways in which men position themselves as victims. I’ve spent years reading the literature and talking points of MRAs and “fathers’ rights” groups. I’ve spent a lot of time in conversation with men who are going through divorce, something I’ve been through more than once. My male students range in age from 17 to 70, from bright high school students taking their first college courses to retired professionals curious about gender studies. I meet with so many of them—jocks, geeks, gamers, drifters, ambitious future politicians and wary-eyed Iraq and Afghanistan veterans.

From so many of these men—online and in real life—I hear the same thing: the narrative of helplessness.

The older, angrier MRAs describe a world in which women (and their male “collaborators”) have usurped traditional male privileges for themselves. Men, they claim, are at a disadvantage in the courts, in the business world, in academia. The MRAs see public space in the Western world as increasingly feminized, and they fancy “real men” (in whose ranks they invariably include themselves) to be under attack from a dark coalition of feminist activists, cowardly politicians cravenly surrendering to the cultural left, and a media that never misses an opportunity to demean and belittle traditional men. It all provides a satisfying sense of being “under attack,” which is why many—not all—men’s rights activists use, absurdly enough, the language of oppression and resistance to describe their movement. 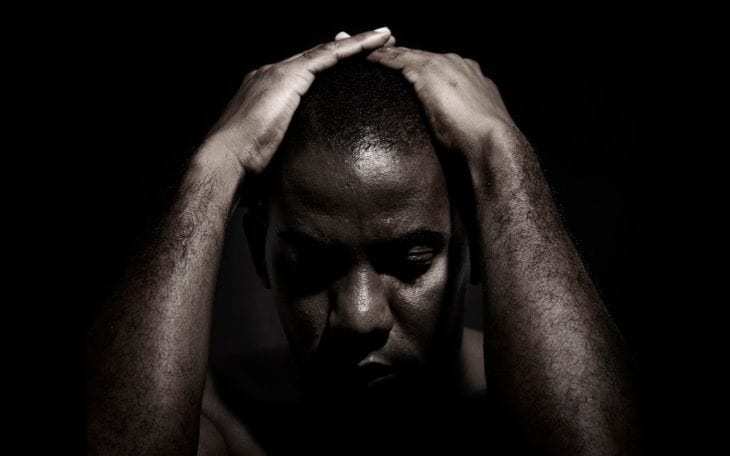 These men feel victimized, they feel exploited, they feel ignored, they feel impotent. And those feelings are powerful. I don’t think these boys and men who turn to the men’s rights movement are lying about their pain. The problem is that they’ve completely misunderstood two things.

The cause of men’s very real unhappiness isn’t a biased family court system, or feminist college professors, or the perceived injustices of Title IX athletic funding. The source of men’s anguish and uncertainty is the straitjacket of traditional American manhood. Men are suffering because their emotional, psychological, intellectual, and sexual potential is stunted by their own efforts to live up to an impossible masculine ideal.

Whether they got it from their fathers or their older brothers, whether they learned it from peers or pastors, coaches or drill instructors, almost all American boys grow up learning the “guy rules.” As Deborah David and Robert Brannon first showed in their landmark 1976 book on men, The Forty-Nine Percent Majority, the rules are crushingly simple: Big boys don’t cry. No sissy stuff. Be a “sturdy oak.” “Be a big wheel.” “Give ’em hell.” 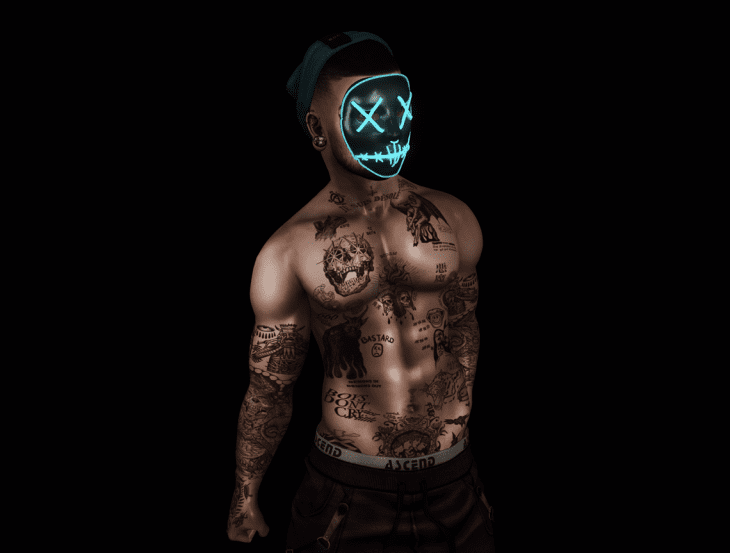 Being a man, in other words, is defined by divesting oneself of anything remotely associated with femininity (like kindness, sensitivity, intuition, empathy). When heterosexual masculinity is defined by violent obtuseness, these “guy rules” rob boys of their chance to develop emotional skills to thrive in relationships with others. This frantic effort to shut down a whole aspect of one’s potential isn’t caused by testosterone or Y chromosomes. It’s caused by the longing to live by the “man code.”

Most MRAs agree that the “man code” exists and that it does great damage to young men. But they blame women for these cruel and limiting rules. According to many MRAs I’ve spoken to, it is women’s sexual desire for the alpha male that forces boys to compete ruthlessly with one another. “Women say they want one thing but choose another: they always go for a**holes,” so many guys say. If women would broaden their sexual appetites to include “betas” and “omegas,” their reasoning goes, boys would feel less compelled to compete ruthlessly with one another. (The men’s rights activists tend to be wildly off-base about what women actually want, but that’s another topic.)

It’s a typical but tragic mistake: MRAs wildly overestimate women’s power, sexual or otherwise. Men, they insist, are helpless by comparison. But that claim ignores a long and unmistakable history of male domination in human history. And if there’s one undeniable truism about our species, it’s that the rules are made by the dominant group. The “man laws” or “guy rules” were created by and for men. Historically, winning validation from other men has mattered more than getting sex or love from women. (If you don’t believe that, think for a moment about how hard boys will work to please a demanding football coach.) Males are raised to be “homosocial,” which means they’re taught to get their primary affirmation from other men rather than from women. Working too hard for female approval just makes you a “mama’s boy” or “p**sy-whipped,” and the frantic efforts young men make to ensure neither of those labels apply to them tells you all you need to know about who it is they are really trying to impress. 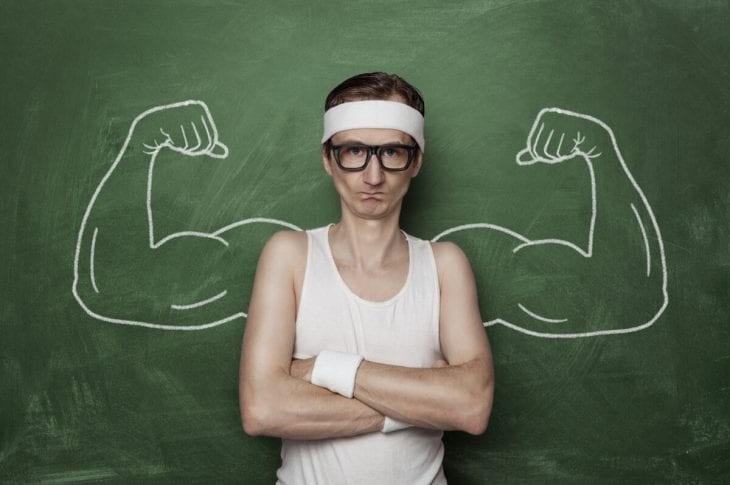 So men are indeed architects of their own adversity. This doesn’t mean that each boy is individually responsible for his own suffering. But it does mean that the pain so many men feel from broken relationships, social isolation, and the gnawing sense of personal powerlessness is not women’s fault. It’s the fault of a rigid code that was set up eons ago, a code that many of us continue to perpetuate. Extricating ourselves from the emotional straitjacket the code forces us to wear requires taking responsibility for our own lives and choices. It requires letting go of blame. And it requires seeing that feminism—with its remarkable claim that biological sex has nothing to with our human potential—is the best avenue for our personal and collective liberation.

This piece was originally published at The Good Men Project Magazine, an online publication which claims: “Unlike so many other men’s magazines, we don’t patronize or caricaturize our audience. We try to bring out the best in men, and we do that by producing content that challenges men to think deeply—and to talk about the things they don’t usually talk about.”

Who is working more: Kate Middleton or Meghan Markle?

7 Steps to Growing a Manly Beard