Kylie Jenner and Tylor Back Together for Stormi’s Second Birthday?

Kylie Jenner and her ex-boyfriend Travis Scott are spotted together at their daughter’s second birthday, and the media are speculating that the famous couple is back on track.

Kylie Jenner organized a gala celebration for her daughter Stormi, and made a StormieWorld themed park, just for her, and the party was wild and extraordinary!

Moreover, at the party were all members of Kardashians, and Stormi’s friends, including her cousins. It was a party of the year, and many are stating how everyone had so much fun. 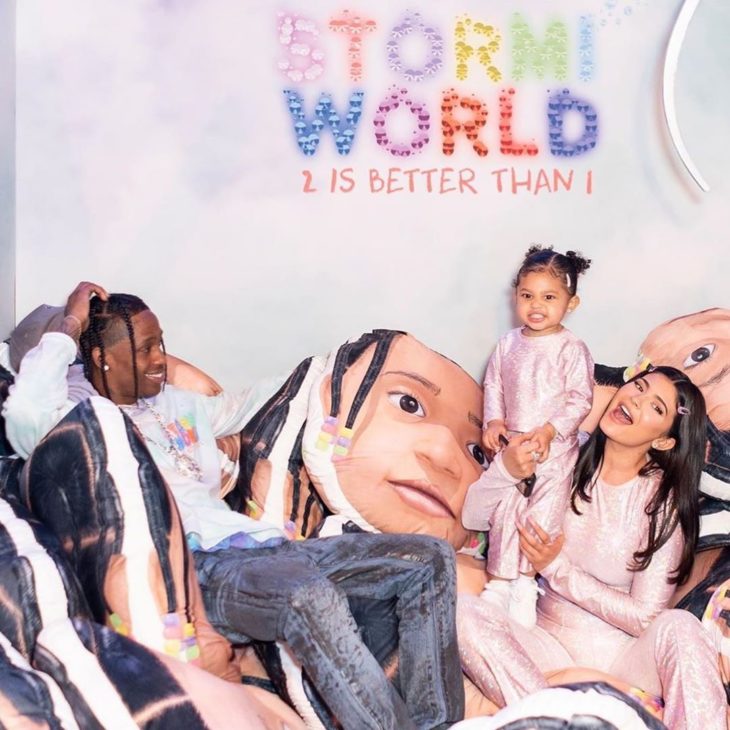 Kylie Jenner prepared everything in honor of her little girl, and the slogan for the party was two is better than one, and there were Stormi pillows, figures, and birthday cake. However, the attention switched for a moment from Stormie to her parents, as both of them were there.

Allegedly, co-parenting for Kylie and Travis is not a problem, and it seems like they are good at it. Recently, they shared a visit with Stormie to Disneyland, and it looks like they had fun together. The same vibes were shared at the birthday party, and that is the reason why many think that Kylie and Travis are going to reunite.

Kim has arrived. This is crazy! I love how Kylie goes all out for her baby

Although there is no clear evidence that Kylie and Travis are officially together, they have shared parenting love toward Stormie, and the chemistry between them was inevitable.

Live Chat: The Number One Contact Choice For Young People

Angelina Jolie Has Six Children, but Only One Will Be Her True Heir?

Kylie Jenner Shows Off Her Fantastic Figure While...