Queen Elizabeth has earned the title of the longest ruling monarch since she has been on the throne for 67 years.

During that time, her schedule has always been busy, having tons of international tours, official engagements, and royal meet and greets.

According to the reports, the Queen forgot one very important occasion- her youngest son’s birthday.

Prince Edward, Earl of Wessex, is the fourth child of Queen Elizabeth and Prince Philip, and his childhood at Buckingham Palace has been described as lonely and isolated. 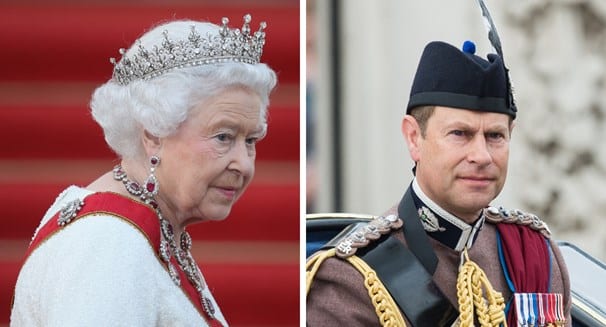 Seward, the editor-in-chief of Majesty magazine said that one year, in Edward’s twenties, he went to have breakfast with his mother and nothing was said, there wasn’t any card not a present.

The royal writer, who wrote the 2005 book Prince Edward: A Biography, revealed that Prince Andrew, who fought as an Admiral in the Falklands War when he was 22 is the Queen’s favorite child.

The Queen supported his decision to skip university and join the navy.

Prince Edward is now 54 years old and is married to Sophie Rhys-Jones-Countess of Wessex, and they have two children together, James, Viscount Severn, and Lady Louise Windsor.

Apparently, the Queen and her son had a disagreement about Prince Andrew’s former wife, Sarah Ferguson. Prince Edward accused her of making a fool of his brother and leaking sensitive information about them. However, the Queen, who remained fond of Sarah told him how it’s unfair to accuse her of such disloyalty.

Live Out A Fairy Tale With Disney Princess Engagement Rings

6 Tips for choosing the best running shoes for high arches