Mentally disturbed personalities, serial killers and their victims are the topics of many literary and film creations. The psychological thriller genre is certainly one of the favourites among fans of the seventh art. Mysterious happenings, unsolved murders, and the search for cruel perpetrators… The ruthless criminals whose madness is on the verge of ingenuity are the basis for the creation of a superb film story. Even if some of them are known to be related to the events that actually happened, the tension with the audience is even stronger. Expectation, fear, and anxiety increase as the plot unfolds, to reach their climax by the end of the movie, followed by a tangle. In any case, no viewer will be left indifferent by films like this.

Why Do We Love To Watch Psychological Thrillers?

There is no logical reason why we would consciously want to feel fear or tension. After all, it does not fall into the category of feelings we could ever call pleasant. However, the constant presence of crime stories and thriller movies at the top of all the blockbuster lists – tells us something quite the opposite. The genre that was once the subject of ridicule has grown into an unstoppable force in the filming market, often discussed on the pages of serious magazines. Crime movies, thrillers and, better yet, a combination of these two genres are selling better today than ever. But why do people crave a sense of dread? We will share with you a few facts about this unusual inclination. 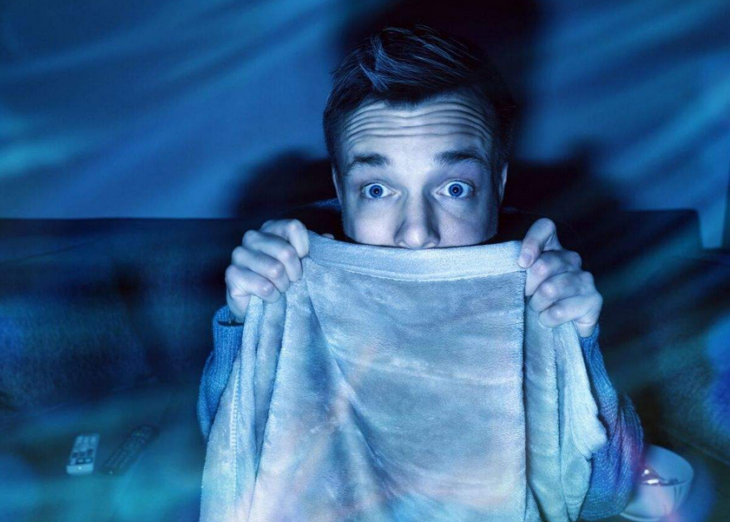 The Desire For Fear

Your palms are moist, your heart is beating fast, your breath is lingering in your throat. These are physical reactions by which we recognize the presence of fear and tension. The human body prepares to escape from a potential source of danger – and therefore produces adrenaline. The need to re-experience the adrenaline-inducing feeling is what psychologists call the “desire for fear.” Due to the fact that the case in question is about the human imagination – this type of intoxication does not put us in any danger. Many of us experience the aforementioned excitement when reading a convincingly written book. Afterwards, movies come into the scene.

Some people experience well-directed psychological thriller with the same amount of excitement as bungee jumps. The only difference is that when watching the movie, the danger is experienced only in the head. Of particular importance is the fact that we are exposed to feelings of fear and panic in a safe environment. In such situations, we can always easily return to the safety and comfort of our living room.

With that in mind, this type of fear exposure seems even more appealing. That is why it is difficult to make a selection from the list of psycho-thrillers, but we will single out 6 achievements that undoubtedly deserve high positions. And not only in this genre but throughout cinema as well. You have probably seen some of the great thrillers from our Top psycho-thriller list while some are waiting to be seen. If you need a good recommendation, find it on websites like TheVore.com where you can find lists of the best psychological thrillers movies on Netflix, many of which we couldn’t manage to put on our list. Therefore, make sure to take a look at the current films of this genre, grab the popcorn, tuck into your favourite armchair and enjoy psychological thrillers. 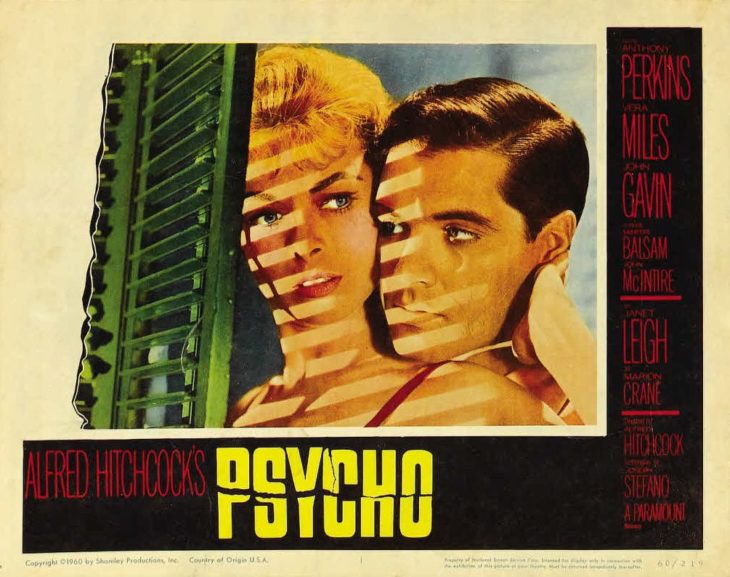 We can say that Psycho is an anthology of world cinema. Designed as an adaptation of a novel based on a true story – this cult film tells us the story about the mind of a deranged transvestite Norman Bates (Anthony Perkins) – a motel owner and the assassin of young Marion Crane (Janet Lee). The scene of her murder in the bathroom of a motel room is considered one of the most tensed movie scenes of all time. 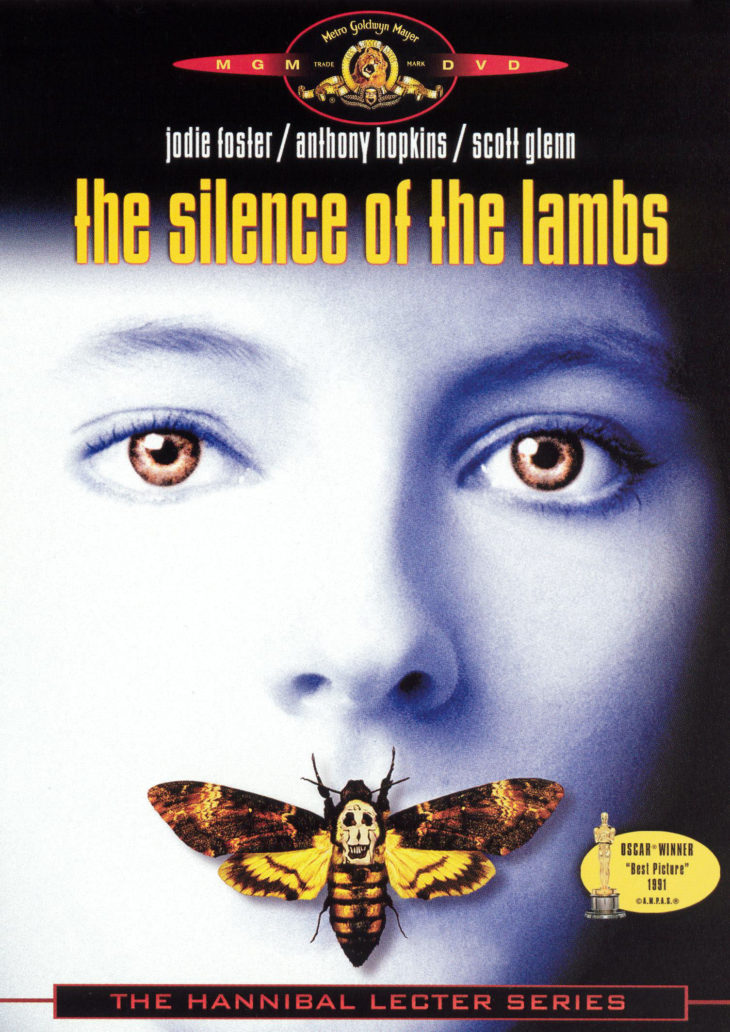 The silence of the lambs was directed by Jonathan Demme. It is a movie version of Thomas Harris’ book of the same name. Jodi Foster plays Clarice Starling, a young FBI agent, who goes to visit the “special” prisoner – Hannibal Lector (Anthony Hopkins). She is trying to get him to help her in solving the cruel series of murders. Hannibal, a psychiatrist by profession, is in prison for multiple killings and cannibalism (Hannibal the cannibal). Over time, the two of them develop a specific relationship, and the hoops around the current killer slowly narrow – thanks primarily to Hannibal Lector. 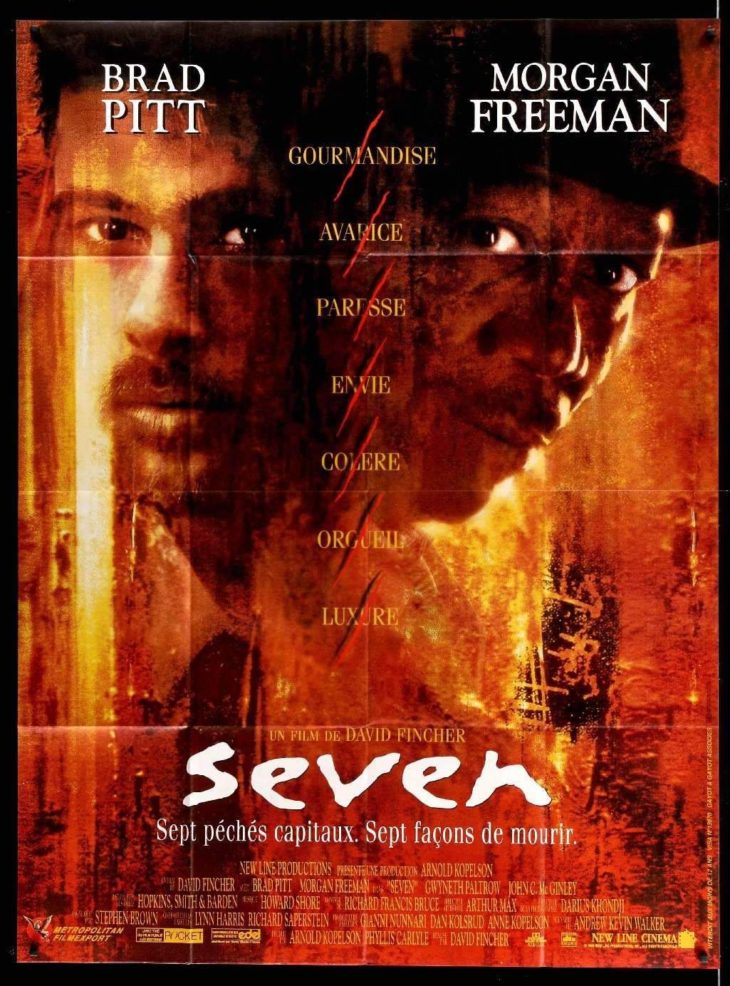 Seven is, without a doubt, one of the best movies made in the 1990s. The film is about two detectives, a young David Mills (Brad Pitt) and retired veteran William Somerset (Morgan Freeman). They are trying to solve the case of a serial killer whose deadly rituals are tied to the biblical seven sins. In the dark atmosphere that characterizes most of David Fincher’s films – the case becomes more intricate and tension slowly grows to the upper limit. In this movie, which was a great success, besides Freeman and Pete, prominent roles were made by Gwyneth Paltrow and Kevin Spacey. 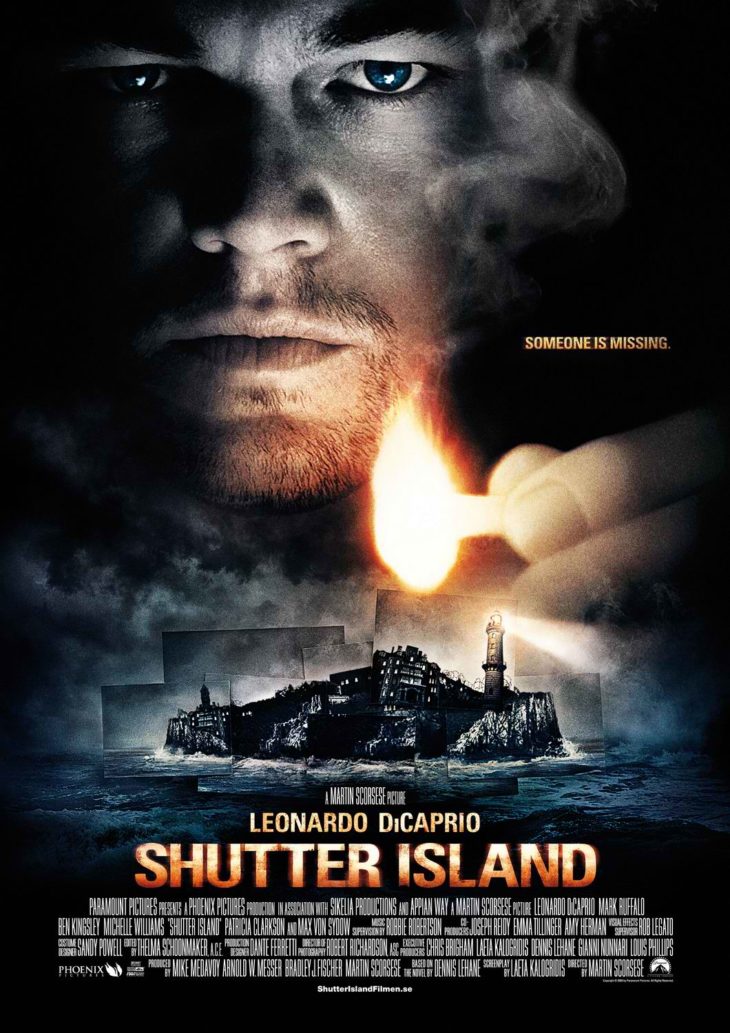 Shutter Island is the story of two detectives Teddy Daniels (Leonardo Di Caprio) and Chuck Oyle (Mark Ruffalo) going to an isolated sanatorium. They are stationed on an island to investigate the case of missing patient Rachel Solando (Emily Mortimer). The director of the psychiatric hospital, Dr John Collie, is played by Ben Kingsley. A series of mysterious events and frightening knowledge will start to affect Teddy’s psyche. This tense psychological thriller was made according to the book of the same name, written by Dennis Lehane. The movie was directed by famous Martin Scorsese. 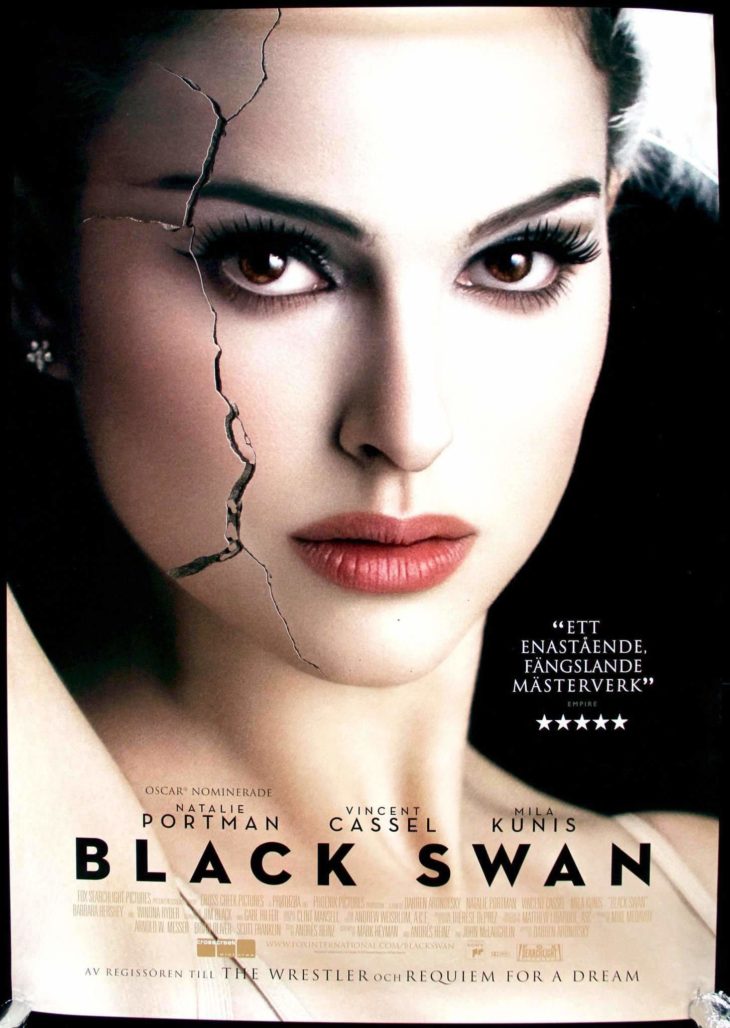 Black Swan is a 2010 American psychological thriller starring Natalie Portman. The film is set in the world of New York Ballet, where it is fought daily for the role and prestige. To the naive and easygoing Nina, the role of the White Swan in the Swan Lake is much more appropriate than the role of the seductive and dangerous Black Swan. Transformation into the Black Swan helps Nina discover her dark side and lead her into complete insanity, revealing to viewers her specific relationship with her mother. 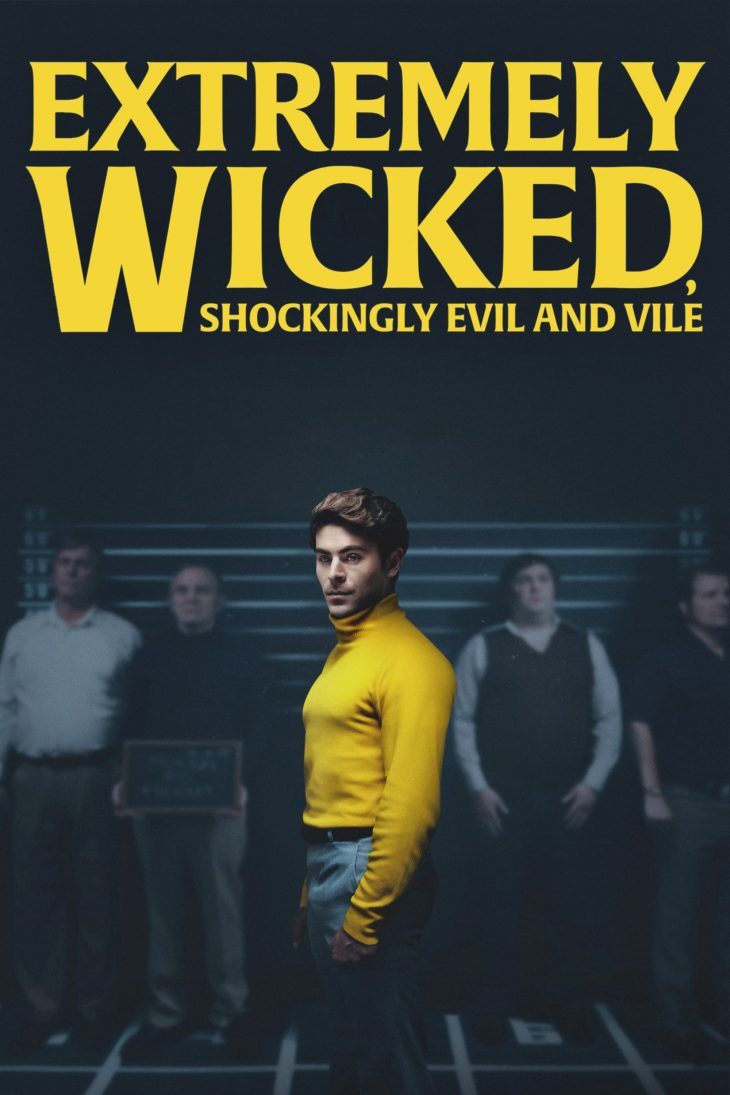 Joe Berlinger’s brilliant psychological thriller was made to watch every second of this movie. This movie is based on a true story. Ted Bundy ( Zac Efron) is a famous highly-intelligent serial killer. The whole movie was presented from the perspective of Teddy’s longtime girlfriend Liz Kendall (Lily Collins), who has denied the allegations against him for years but eventually handed him over to the police. When detained, Bundy makes an unbelievable escape, after which he is apprehended brought to justice. By representing himself as a lawyer, Bundy almost managed to avoid the death penalty, but in the end, he was sentenced to death. Just before his death, his girlfriend and the rest of the world realize the true extent of his bloodthirsty atrocities.

The Case For Being Friends With An Ex