Princess Diana was known for not following the royal protocols. First with her marriage, and later with her motherhood. Even though she didn’t stay long in her children’s lives, she did leave a huge impact on Prince Wiliam and Prince Harry. 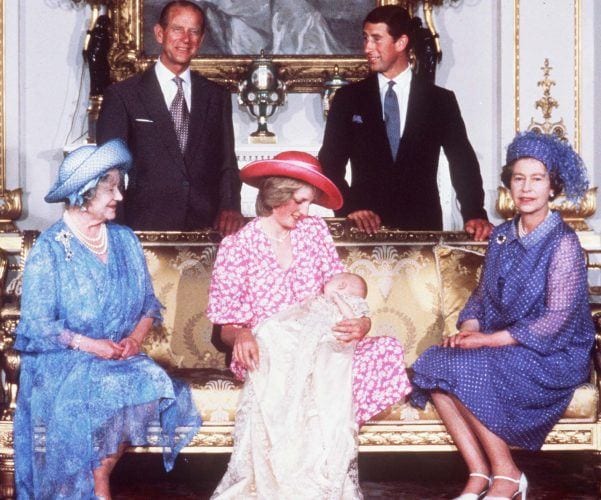 She gave birth to her children in a hospital, instead of Buckingham Palace, making Prince William the first heir to the throne to be born in a hospital. Princess Diana “rebelled against the royal traditions of arm’s-length parenting,” stated ABC News. She was also the first royal to breastfeed.

Traveling with her boys 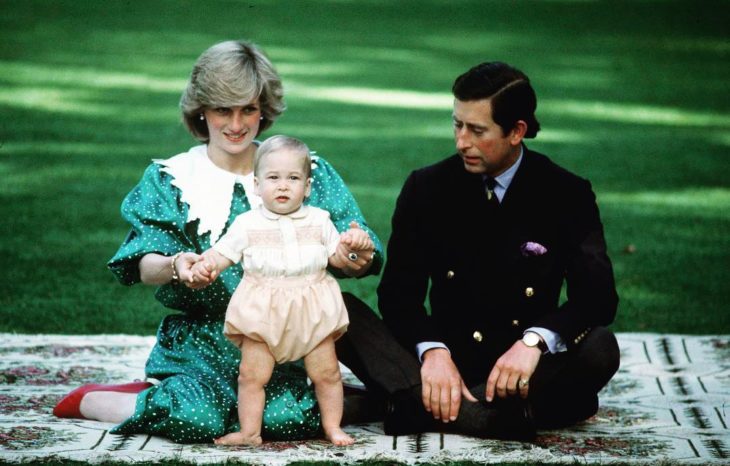 It wasn’t a royal tradition to take babies on royal tours, but Diana insisted to take nine-month-old William on her tour to Australia. When William was two years old, they went to Australia again, where Diana gave him a nickname Wombat. William later shared with NBC, “when we went to Australia with our parents, and the wombat, you know, that’s the local animal.  So I just basically got called that.  Not because I look like a wombat.  Or maybe I do.” Prince Charles wanted a girl. As PopSugar reports, Diana shared a heartbreaking comment that Charles made not long after Harry was born. “His first comment was, ‘Oh God, it’s a boy,’” according to Diana. “His second: ‘And he’s even got red hair.’” Prince Charles further expressed his disappointment at Harry’s christening, where he told Diana’s mother, “We were so disappointed — we thought it would be a girl.”

When William and Harry started to grow, Diana’s body language revealed her protective insict. It showed that she is always watching over her boys. Prince Harry once told NBC, “She wasn’t always herself in the camera. She was much more natural behind the scenes when there was no one else there.” 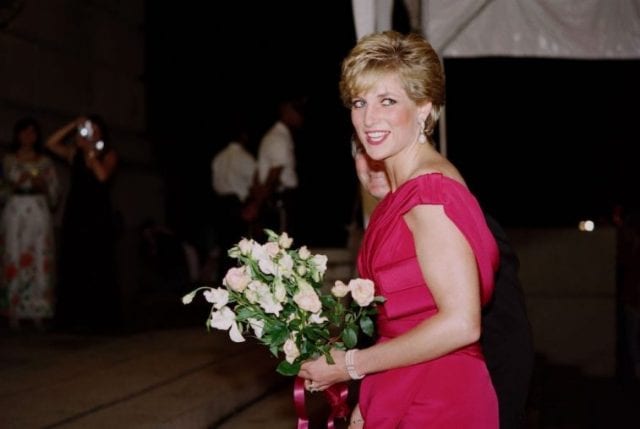 The Daily Mail reported Diana really was “a very normal mother, shouting at the boys sometimes, reprimanding them, especially when there were visitors and, yes, slapping them. All so very different from critics who accused her of swamping her sons with love, almost overwhelmingly at times, or questioning whether she was a good mother at all,” as her friends said. She would tell friends, “William is deep, like his dad, and stubborn, and Harry is a hothead like me. He does the first thing that comes into his head.”

Preparing her kids for media scrutiny 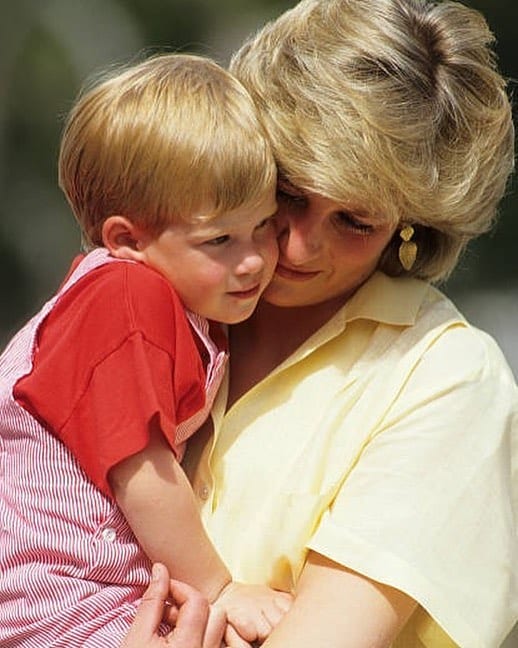 Princess Diana knew best what media can do to you. When William started his first day of school at Weatherby, a boys-only school just a short walk from Kensington Palace, Diana said to him “Now listen, William, there’s going to be a lot of photographers at your new school, so you need to behave yourself.” William responded with, “I don’t like ‘tographers,” to which Diana said, “Well, you’re going to get this for the rest of your life.” 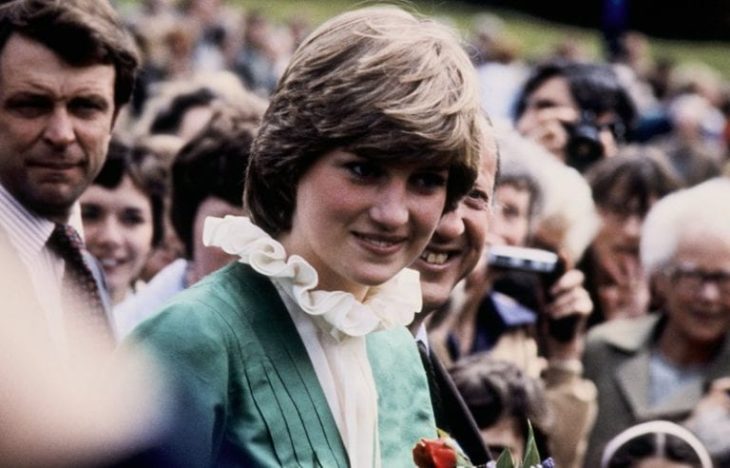 Patrick Jephson, Diana’s chief of staff for six years, told ABC News, “She made sure that they experienced things like going to the cinema, queuing up to buy a McDonalds, going to amusement parks, those sorts of things that were experiences that they could share with their friends.” 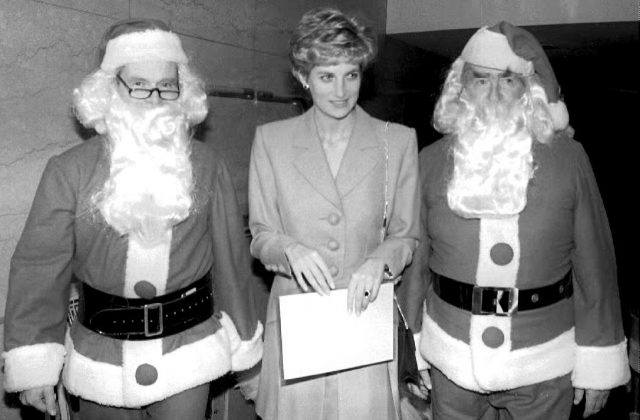 William and Harry refer to Diana as a fun mom. She enjoyed Christmas the most. PopSugar reported that Prince George always opens up his Christmas gifts earlier than others. That is something William did as a child, and he inherited that from his mother, Princess Diana. Diana once wrote in a letter, “I could not resist opening my present, as a parcel of any shape or form has never been safe with me. I fear that William has also picked up this dreadful habit from his mother, as I find wrapping paper undone in the most extraordinary places.”

Vacationing with her kids 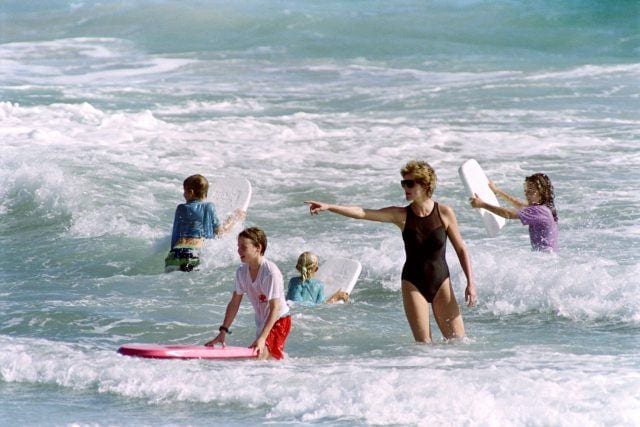 Diana spent winters skiing in the Swiss Alps and took tropical vacations to destinations such as the British Virgin Islands and Saint Kitts, all while accompanied by her children. She even took them to Switzerland and to the Caribbean. 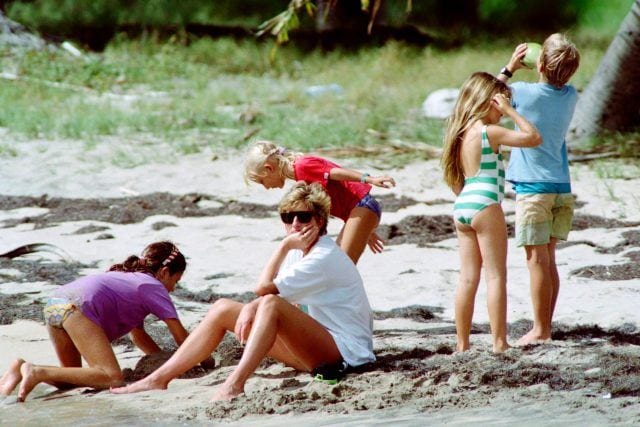 Good Housekeeping said that Princess Diana would often go down to be at the same level as her sons, talking to them eye-to-eye. Body language expert Patti Wood revealed, “This is one way that parents show their children that they’re equals. We see this with Princess Diana and Kate Middleton, as well as with Prince William” with his own children. Diana not only bent down to talk to her kids but did the same with other people’s children, as well. The move demonstrated that she was really listening when they talked to her. 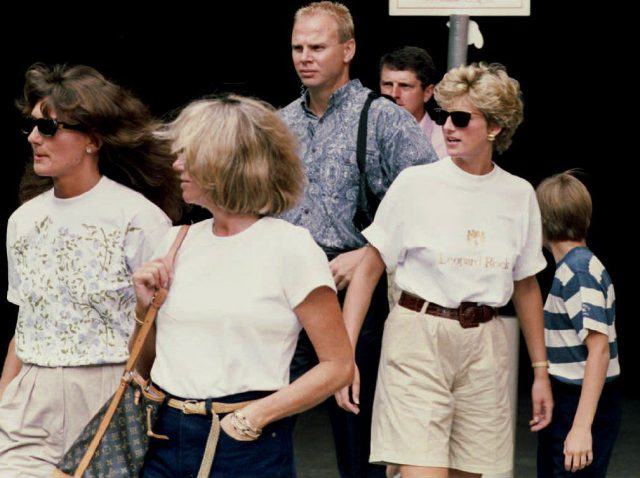 Prince William shared with NBC his experience when Diana took them to Disney World, “Everywhere we went, everyone was really sweet to us.  But you know one of the things that we kept sort of joking about was about how many times we were told to watch our heads and mind our step.” People also kept telling Diana and her sons, “‘Have a nice day,’ all this sort of stuff.  And it was classic, we had a really good fun time.”

Showing her boys how privileged they are

Diana took William and Harry to hospitals and homeless shelters to “introduce them to the work she had found so fulfilling in her own public life — and that would be their destiny,” ABC stated. Prince William later said of the experience, “She very much wanted to get us to see the rawness of real life. And I can’t thank her enough for that.” William shared with NBC of Diana’s own charity work, “She didn’t want praise for it.  She did it because she cared.” He continued, “She wanted to give so much love and give so much care to people who really needed it.”

Diana’s body language as a connection with her children

Good Housekeeping reports that body language experts characterize Princess Diana as an “incredibly hands-on” mother. That could be seen in the picture by the way she is walking with Prince Harry.  “This 1-on-1 connection makes children feel safe,” Susan Constantine told Good Housekeeping. “It’s an anchoring movement that’s especially important in potentially stressful situations.” 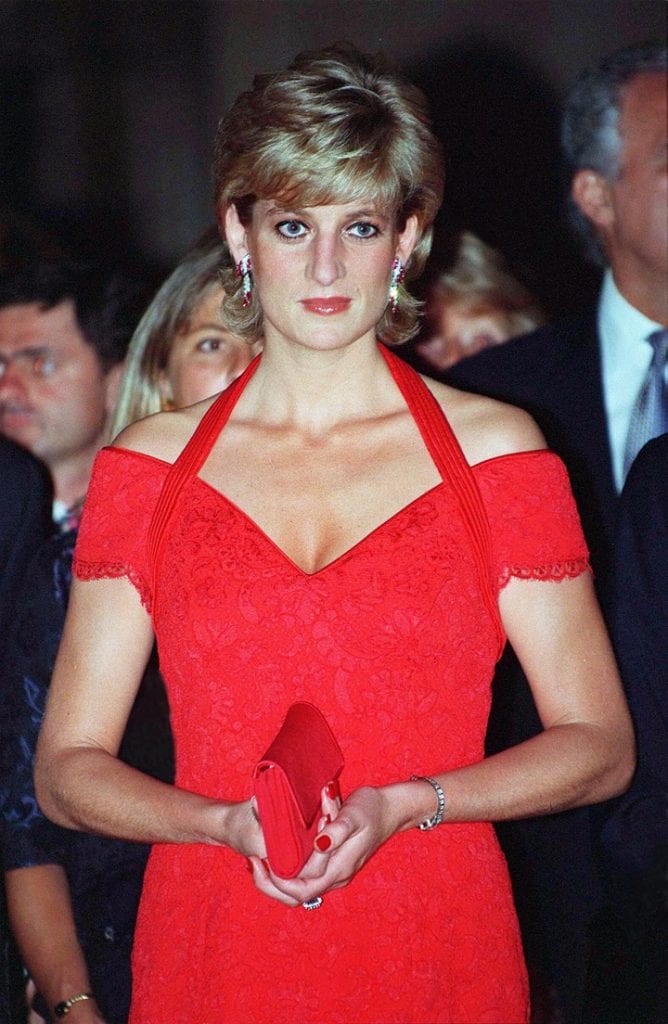 When Princess Diana became a fashion icon, she often color-coordinated with her sons. Prince Harry later revealed, “Looking back at the photos it just makes me laugh and I think, ‘How could you do that to us?’” He also said that eventually, William “would turn around and go, ‘This is ridiculous, I’m the older brother. Why do I have to be dressed the same as him?’ And I’m sort of thinking, ‘Hang on a second, if you’re going to dress differently, I’m not going to be the only person dressed like this. This is ridiculous!’”

William and Harry knew their purpose 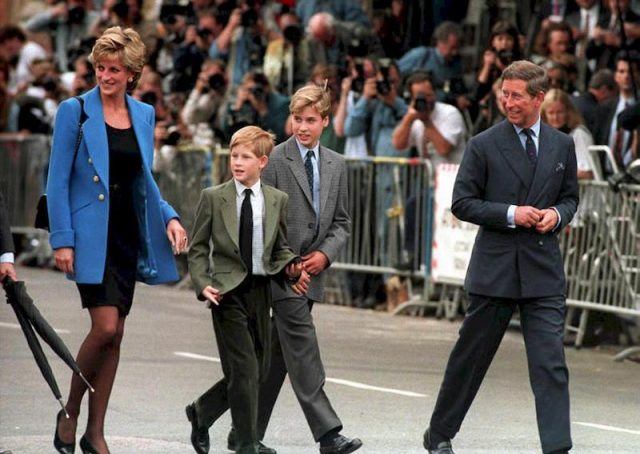 NBC News once reported that as a child, Prince William wanted to be a police officer. And Prince Harry “has been in uniform, it seems since he was a little boy. He says he loves the army and, like the rest of his life, his military training has been duly chronicled.” William and Harry served in the British Military. Prince William commented on the death of a friend who had been killed in the line of duty. “It brings it all to reality, you know, how much these guys and girls out there are facing and how much they’re put in harm’s way.’’

William and Harry said that Diana was a child in heart 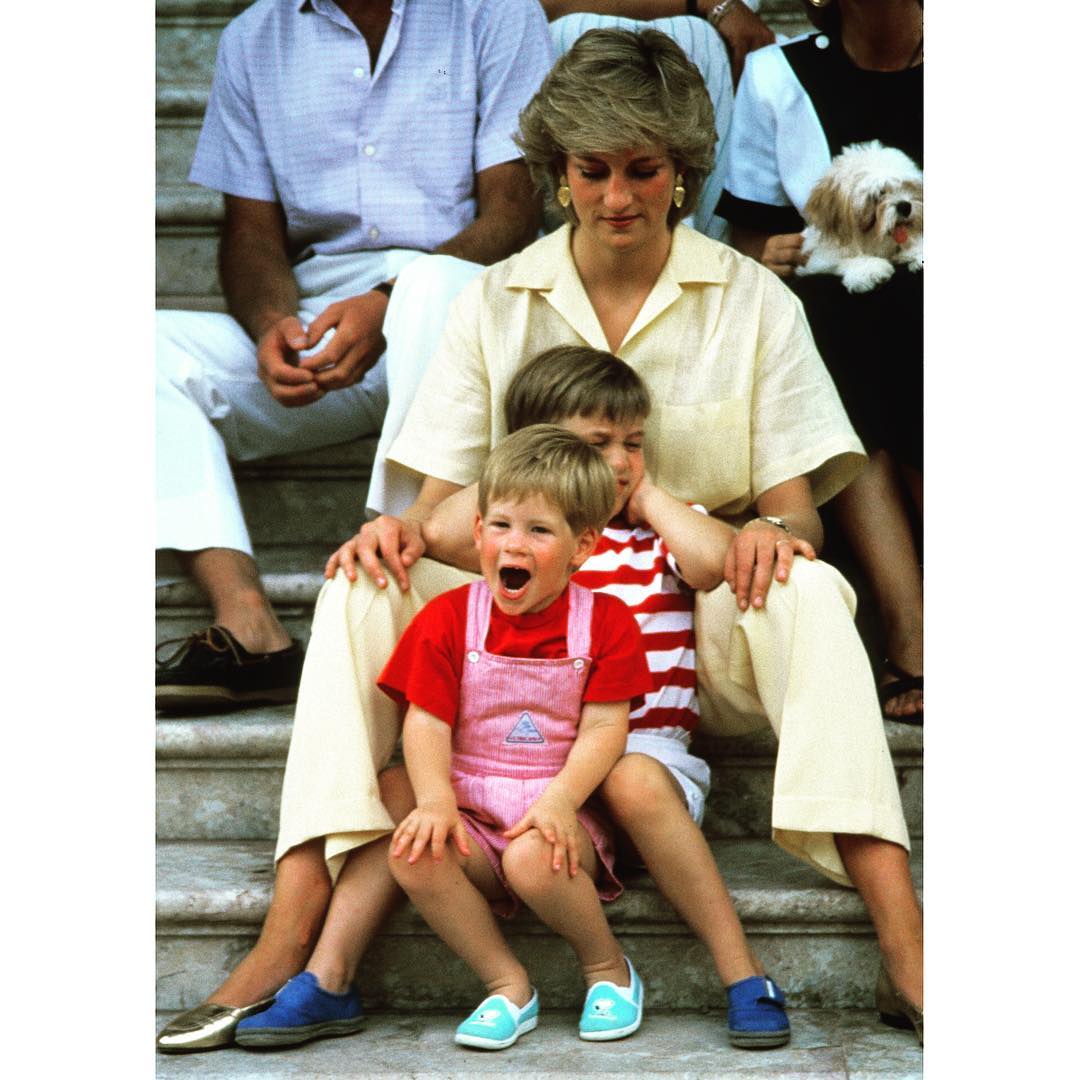 Prince Harry commented on his mother in a documentary, Diana, Our Mother: Her Life and Legacy,  “She was one of the naughtiest parents.” Prince William corroborated Harry’s account, explaining, “She was very informal and really enjoyed the laughter and the fun. She understood that there was a real life outside of Palace walls.”

Diana wanted her children to have a normal life 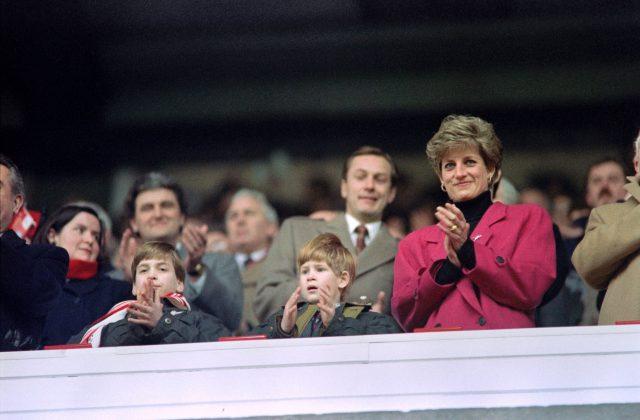 Prince Harry shared in an interview that Diana “made the decision that no matter what, despite all the difficulties of growing up in that limelight and on that stage, she was going to ensure that both of us had a normal life as possible. And if that means taking us for a burger every now and then or sneaking us into the cinema, or driving through the country lanes with the roof down in her old school BMW to listen to Enya.”

Princess Dianarelationship with her children

Things you should know before travelling to Nigeria