During an event on November 28, you could notice Kate Middleton handing flowers to a new part of her team. That person is Natalie Barrows, Kate’s Assistant Private Secretary.

Natalie is the member of the team for 18 months now. She manages Kate’s official affairs and royal engagements and notifying the Duchess of Cambridge on who is she meeting with. Since the royals are always gifted by the fans some flowers or some other generous gifts, Natalie is there to help the Duchess collect everything they give her. She also tends to her schedules, organizing pair’s diaries, arranging her correspondence and guaranteeing that travel plans go perfectly. 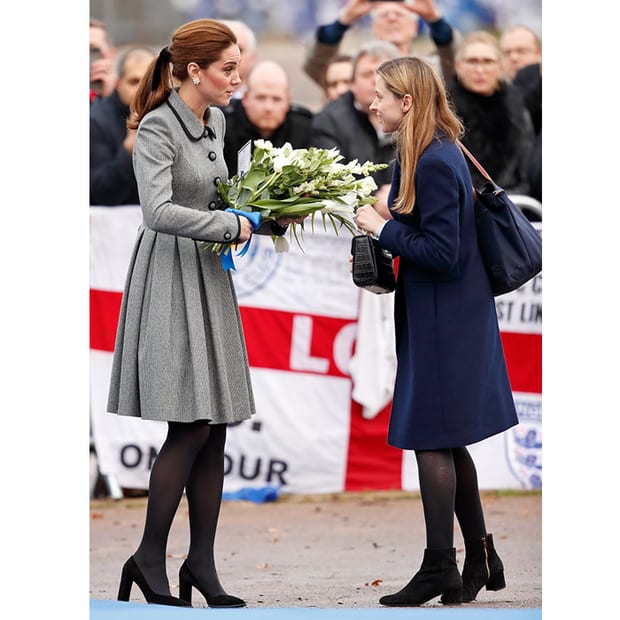 Catherine Quinn took over Private Secretary Rebecca Priestley in October 2017. Shortly after, Natalie joined. Catherine has an extraordinary career. She used to work as the chief operating officer and associate dean for administration at the University of Oxford’s Saïd Business School, and as a recipient of an MBA.

But sometimes their right-hand person decides it is time to retire from the job, which can cause quite a disturbance, in a sense of getting used to a new team member, when the previous goes away. Ed Lane Fox was Prince Harry’s right-hand man for five years, after finally stepping down in April this year. In March, Prince William’s secretary, Miguel Head also left his position. And recently, Meghan Markle’s personal assistant also announced that she is leaving her job.

What Are The Biggest Lottery Winnings Ever