Why are the royals giving the cold shoulder to Princess Eugenie

Princess Eugenie is the second child of Prince Andrew, who is Prince Charles’ younger brother, and Sarah Ferguson. Her wedding ceremony on October 12, 2018, was more than magical, and it was the second royal wedding in 2018, after Meghan Markle and Prince Harry’s wedding in May.

Princess Eugenie Victoria Helena of York was born in 1990, and she is ninth in line to the throne. She graduated with a Bachelor’s in English Literature, History of Art and Politics from Newcastle University in 2009, and she has been working in the art world and, in 2015, became the associate director of London art gallery Hauser & Wirth since she graduated.

In addition to not having a full-time job and not being a full-time royal, the royal family keeps on ignoring her. Here are all the reasons behind this. 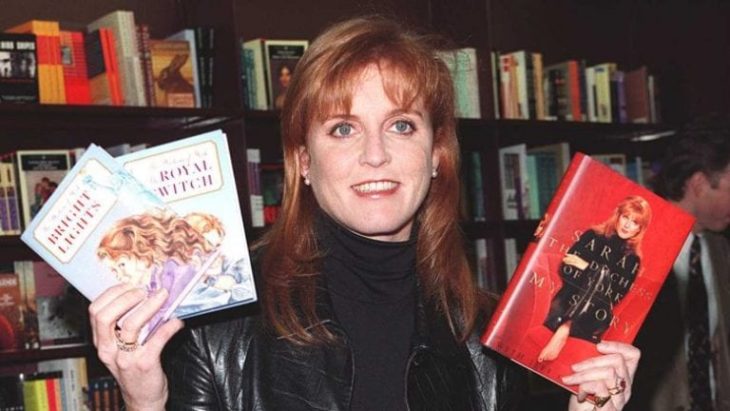 During her marriage with Prince Andrew, Sarah Ferguson was seen partying and going on vacations with different men, while Prince Andrew was concentrating on his naval career. Allegedly, they spent only 42 years together.

In September 1992, during their vacation with the royal family at the Queen’s Balmoral Castle, paparazzi photos were published showing Ferguson and John Bryan kissing and being intimate while Eugenie and her older sister Princesses Beatrice looked on.

Sarah Ferguson still in a feud with the royals 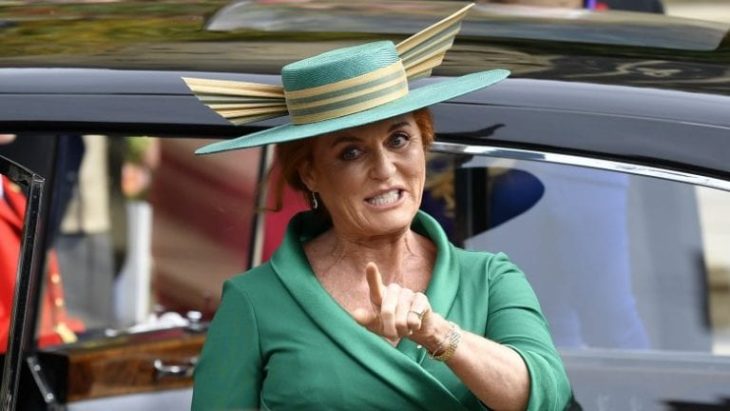 Sarah and Prince Andrew divorced in 1996. In addition to her infidelity, Ferguson also had a growing debt. She was causing so much trouble that Queen Elizabeth’s sister, Princess Margaret sent her a letter, which stated, “You have done more to bring shame on the family than could ever have been imagined.”

The Royals apparently warned Ferguson to behave the best she could on the wedding of her daughter Eugenie in 2018, but Ferguson dismissed all their warnings. “The most extraordinary thing is when I got out of the car and everybody said ‘Oh no, go into the church, be demure, don’t go over the top,’ but you can’t, I went nuts,” she said.

Her father wasn’t all that good as well 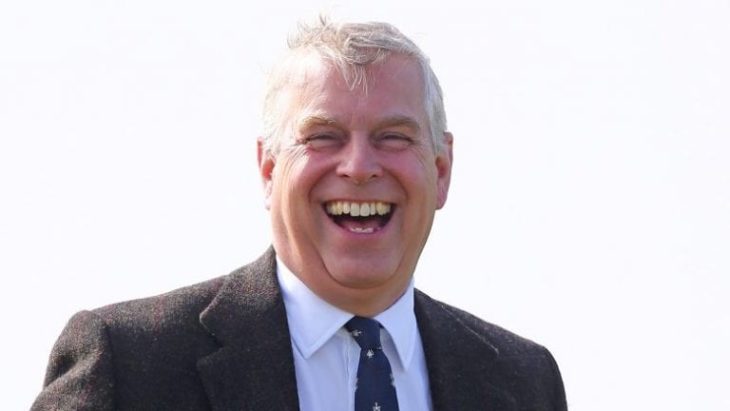 As stated by Vanity Fair, Prince Andrew trademarked the nickname “Randy Andy” and notoriously dated Koo Stark, an actress known for her scene in a 1976 R-rated film dubbed Emily. In 2011 he was involved in a sex scandal with Jeffrey Epstein, who is “a convicted sex offender.” Prince Andrew has also had dinner with Kazakhstan’s corrupt president, Nursultan Nazarbayev, sold Nazarbayev’s son-in-law his mansion for nearly $5 million more than the asking price, and supposedly received a $30,000 gold necklace as a gift for Beatrice “from a convicted Libyan gun smuggler.”

The palace made her postpone her wedding 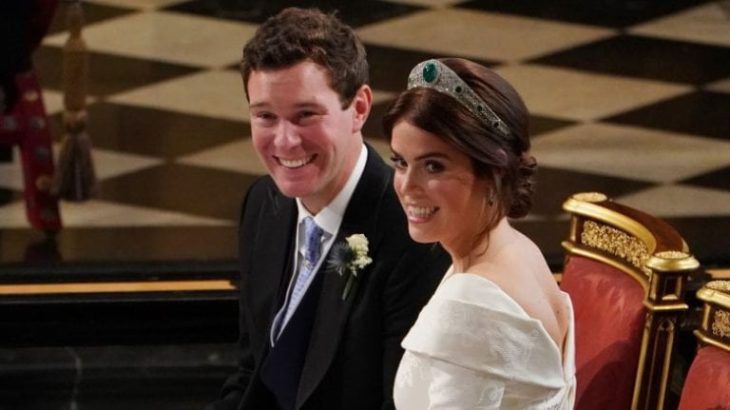 Princess Eugenie had to move her wedding day because of Meghan Markle and Prince Harry’s royal tour. The Daily Mail published in January 2018, that the wedding was supposed to be in September, but due to “talk of a number of foreign tours for Prince Harry and Miss Markle this year, September is a date that has been mooted. There is nothing concrete yet, but it looks as if Eugenie and Jack will go for October instead.” 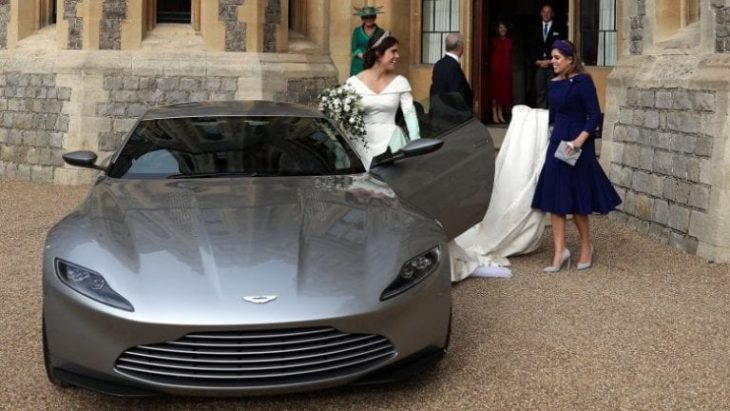 Eugenie broke the royal protocol on her wedding by having her sister as her maid of honor. She also decided not to wear a veil as an addition to her tiara, because she wanted to show her scar in her wedding dress, which was designed in such a way. She had an operation due to her scoliosis when she was 12 years old, and she shared with ITV’s This Morning, “It’s a lovely way to honor the people who looked after me and a way of standing up for young people who also go through this.”

She also decided to not have a confetti thrown at them, like the royal protocol suggests, and replaced the traditional layered fruit cake with white icing with a red velvet and chocolate cake.

The palace mistake with her husband’s name 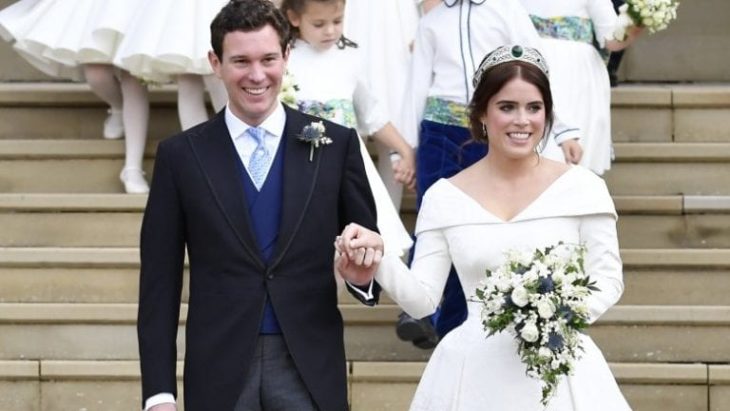 Once again, Princess Eugenie got boycotted by the Royals, when the royal family’s official Twitter account sent out a message congratulating Her Royal Highness and Mr. Jacksbrook, instead of Jack Brooksbank. The tweet is deleted now. “Princess Eugenie and Mr. Jacksbrook have invited people from the charities they support onto the grounds of Windsor Castle tomorrow — to help them celebrate their wedding day,” the tweet said.

Royal fans have also given her a hard time 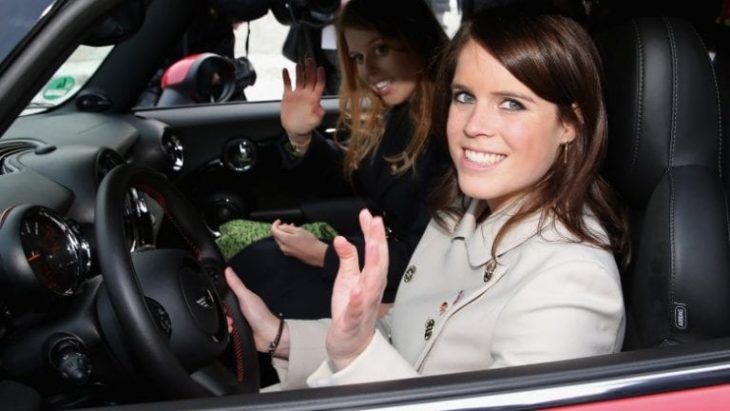 When @buckinghamroyal, an account operated by royal fans, promoted souvenirs created specifically for Princess Eugenie’s wedding day, instead of using Eugenie’s name, they used her sister’s. “This exclusive mug issued in commemoration of the wedding of HRH Princess Beatrice of York and Mr. Jack Brooksbank is now available for purchase by following the link in the description,” said in a now deleted post.

Her wedding day wasn’t broadcasted on the BBC. As stated by a source, the BBC actually “turned [Eugenie’s wedding] down because they don’t think enough people will tune in and that there isn’t enough support for the Yorks.”

Not having the Parliament’s support The taxpayers paid, in part, for Eugenie’s wedding. Regarding the payment for security on her wedding, Chris Williamson, a Parliament member said, “Who’s heard of Princess Eugenie anyway? She carries out no royal functions, no useful purpose to the public sphere and yet we’re having to spend this kind of money. There is no need to have such glamorous events.”

In addition to this, 49,800 people signed a petition regarding the payment for her wedding. “If the Royals want to turn Eugenie and Jack’s big day into a public event, they need to pick up the bill — all of it,” read the petition. “We petition the House of Commons to urge the Government to commit no public money to the wedding of Princess Eugenie and Jack Brooksbank, and to publish a report of all costs to taxpayers.”

She will most likely never be a full-time royal 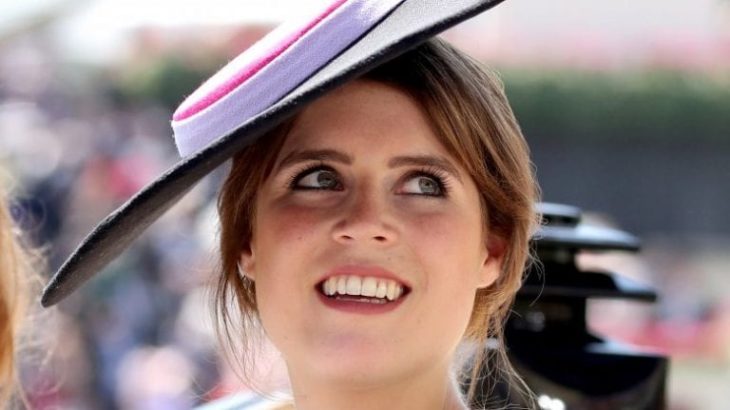 Prince Andrew was so unsettled by the fact that his two daughters are not working royals, that he has appealed the Queen directly, explaining that the only “blood princesses” in their generation should be tasked with official royal duties. Prince Charles has been resolute in his campaign to stop this from occurring, indicating that while the two young ladies “should, of course, be treated properly, as befits their royal status, they cannot have a public role and cannot be taxpayer-funded.”

Also, in order to save money, the princesses lost their 24/7 official police bodyguards. Prince Andrew “took great umbrage at the decision, mainly because he saw it as diminishing his own status.” Sadly, given Prince Charles’ rank, as well as his role “as de facto ‘chief executive’ of the Royal Family,” Prince Andrew’s desires will probably stay as they are – just desires.

Choosing The Right Rug For Your Home

Couples Rehab – Together We Are Stronger